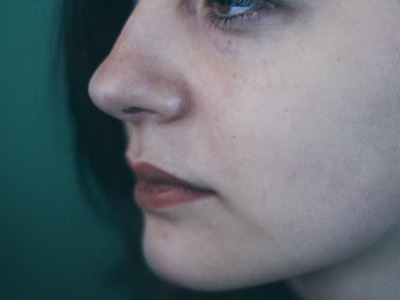 It’s time to talk about endometriosis The secrecy starts early: from keeping your period a red-faced lie to your mother, to hiding tampons up your sleeve at work and to feigning a migraine when in reality it’s your stomach you’re clutching.

Women are taught from adolescence that their bodily functions are something to be hidden from others, so it’s all too easy for serious symptoms to be brushed under the rug. Testimonies show that this culture of shame surrounding women’s health is leading to their unfair dismissal by doctors.

Many were shocked by the recent report that period cramps can be more painful than a heart attack for some women. I was not surprised. There are women, including me, who have taken days off work, switched contraceptive methods or taken strong painkillers for menstrual cramps without saying a word to anybody else. For the estimated one in ten women of reproductive age in the UK suffering from endometriosis, periods can be unbearable and are dealt with in secrecy.

Endometriosis is a chronic condition in which tissue that behaves like the lining of the uterus is found outside the uterus. The illness can cause pain, exhaustion, infertility and inflammation. There are treatment options but no known cure.

One of the main issues surrounding endometriosis, aside from the debilitating pain it causes, is how long it takes to get a diagnosis. At present, endometriosis can only be confirmed through surgery and takes an average of seven to eight-and-a-half years to diagnose in the UK. This difficulty can lead doctors – or even patients themselves – to overlook warning signs of the illness.

In fact, often women live silently with worrying symptoms because they are implicitly told to take period pain in their stride and are not given adequate information about what they might be experiencing.

In a recent report by the All-Party Parliamentary Group on Women’s Health (APPG), a survey of over 2,600 women with endometriosis and fibroids found that 42% felt they were not treated by doctors with dignity and respect and 62% were not satisfied with the information they received about treatment options. This not only means that diagnoses often take irritatingly long to receive but could lead some women to feel too ashamed to return to their doctor at all.

Despite this, slowly but surely people are battling through the silence and stigma to share their stories and raise awareness of endometriosis. In a November 2015 essay, Lena Dunham wrote about her experience with the disease, including the struggle to attain a diagnosis, her constant agony and how lucky she was to have found a doctor that took her pain seriously. At first, due to misdiagnosis of her condition from appendicitis to food poisoning, she even began to doubt her own pain:

I am one of many women who grasp for a sense of consistent well-being, fight against the betrayals of their bodies, and who are often met with scepticism, by doctors trained to view painful periods as the lot of women who should learn to grin and bear it

A brilliant article by Buzzfeed’s Lara Parker, who herself suffers from endometriosis, collects the stories of women whose medical conditions have not been taken seriously. This gendered dismissal means that women are having to fight alone to get their voices heard.

Many theories as to why this happens are mostly to do with outdated notions of women’s hysteria: the stereotype that because women are more emotional, their pain is less real. Another theory is that as medicine has for a long time been a male-dominated field (although wonderfully, this is starting to change now) and education around women’s health is still lacking, their pain is dismissed due to ignorance.

Personally, I believe that a lack of research into menstrual pain, endometriosis and other vaginal illnesses is to blame.

Whatever the many reasons for the problem of misdiagnosing and under-treating endometriosis, the time has come for it to change. There are things that can be done to break down the shame and silence surrounding women’s health. If you have worrying symptoms, don’t ignore them; listen to and share women’s stories; shout about your experiences. Educate yourself about your options and how you can communicate with your GP. Where you can, don’t be afraid to search for alternate care if you don’t feel taken seriously.

We certainly will not be the last generation of women to suffer, but one thing is for sure: we will not be silent any longer.

If this article has affected you, please visit Endometriosis UK for more information and support

Image is by David Sedrakyan, from Unsplash. Used under Creative Commons Zero licence.

Image is a close-up of a woman’s face, cropped to only show the bottom of her eyelids down until the bottom of her chin. She is looking away and seemingly consumed by thought and stands against a dark teal background. The tone of the image is slightly grey, moody and pensive.