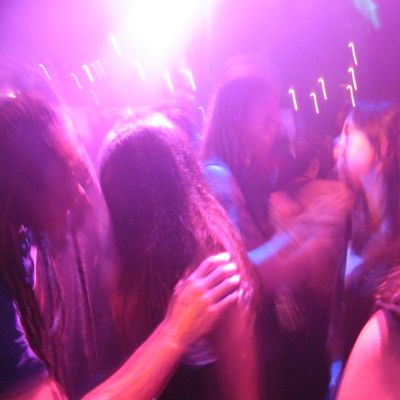 The rise and rise of lad culture on campus This is a guest blog by Chloe Price. She is a creative writing student and a feminist who wants to write a novel. She likes reading, baking and will one day travel the world

When starting university, students should expect nothing less than a safe environment where they can enjoy themselves without having to worry about being groped or being subject to sexist ‘banter’. But unfortunately, that is not the case.

‘Lad culture’, which is increasingly connected with ‘rape culture’, emerged in the 1990s as a backlash to second-wave feminism and the pro-feminist man, and a reaction to the change in traditional gender stereotypes.

Flash forward to 2017 and it manifests as a mix of heavy drinking, clubbing, misogynist jokes, and grabbing and harassing women. It normalises sexism. Considered by many to be just students having fun, it is deeply problematic. And it is on the rise.

In 2010, an NUS study found that one in seven women had experienced sexual assault at university, and, in 2015, the Telegraph found that one in three had been victims of unwanted advances or of assault. Lad culture has become one of the dominant forms of masculinity at university, allowing young men the opportunity to assert their power over women, without fear of consequences.

There have been many instances where universities and police have failed to take rape allegations seriously, such as that of Amy Irking, a lecturer, who was raped while drunk. But neither the police nor the university investigated it; instead the incident was labelled as ‘sex with regrets’ by the police. This attitude leaves many survivors unwilling to step forward and speak out.

How has this culture become such a core part of the university experience? Many point the finger at the ‘masculinity crisis’ happening right now.

Feminism is more popular than ever, and many women of all ages are engaged in some form of activism. The recent global women’s marches demonstrated the scale of women’s dissatisfaction with the status quo. Meanwhile, men are no longer on top economically or educationally, as more women have higher education degrees than men and the pay gap is the lowest it has ever been. Has this led to anger and resentment from men towards women, and thus the search for a means to assert their dominance in another form?

This becomes a real problem on campus when combined with the new-found independence that comes with university life, and the urge to ‘fit in’ with a group and find your tribe. It can often lead to a willingness to participate in activities, such as initiations and other forms of socialising, that men would have felt uncomfortable with in the past. These activities can help them build their identities while at university, making them feel like they ‘belong’.

Societies often capitalise on this, encouraging regular nights out and heavy drinking, and clubs are making a business model out of it. Many students actually believe men taking advantage of drunk women is part of the university experience, normalising and trivialising rape.

Not nearly enough is being done to put a stop to this – in fact, the issue is rarely even talked about. The last major study on this topic was by the NUS in 2010, which exposed many shocking truths that no one could quite believe, but that was now seven years ago. We need to acknowledge the scale of the problem now and start educating teenagers and young people about consent. Thankfully, this has been happening at some schools and even at Oxford University. But consent should be taught from secondary school as a core part of sex education.

And it is not just schools that should take action. There have been situations where rapes have been witnessed on nights out, but no one recognises the signs and just passes it off as ‘drunk sex’. By educating staff and bouncers, it is more likely that sexual assault will be prevented, as they will know what to look for. There has been progress in this area with the emergence of the ‘angel shot’ – a code that informs the bartender discreetly that a woman needs help.

The sexist and degrading advertising that clubs use also needs to be regulated to make women feel more comfortable on nights out and to stamp out the normalisation of sexual assault.

Universities and student unions can also help eliminate lad culture from campuses and clubs. If they join forces to stand against this behaviour, rapists are more likely to face repercussions for their actions. Lad culture has become so normalised that when someone does notice the issue and try to fight it, they are branded as ‘boring’, while the ‘lad’ is free to do what he wishes.

Rape at university is not something that people want to hear or read about – it is a very uncomfortable truth. But it needs to be openly discussed in order to expose the dangers of ‘lad culture’ for both men and women, and to highlight the effects it is having on student life.

Image depicts a blurry club scene, with a man putting his hand on a woman’s shoulder