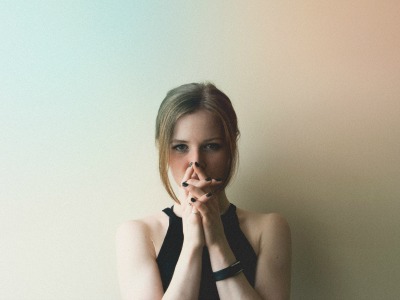 Beauty standards differ, but the pressure to meet them doesn’t

In a perfect world, women would not be judged on their appearance.

There is a chance to change the tide and some women have led the charge by demonstrating that they can feel confident in their skin, despite not meeting conventional beauty standards.

Still, these leaders — think models Iskra Lawrence and Ashley Graham, singer Demi Lovato and movie star Jennifer Lawrence — have yet to completely dismantle widely-held patriarchal ideals that women need to look a certain way to be accepted and called beautiful.

Shockingly, only 20% of women in the UK say they have high body esteem, according to the 2016 Dove Global Beauty and Confidence Report. Body esteem refers to how someone evaluates their own body and appearance.

Over 10,500 women from 13 different countries were surveyed and their responses don’t get much better.

Globally, 85% of women and 79% of the girls quizzed reported opting out of social activities at least once due to perceived insecurities about the way they looked at the time.

Overall, nine in 10 women and seven in 10 girls said that they had stopped themselves from eating or otherwise put their health at risk. Six in 10 women believe social media encourages women to look a certain way, while seven in 10 women and girls believe that the media and advertising set an unachievable beauty standard for women.

These are global results, despite different countries having their own ideas about what constitutes beauty. It seems that women all over the world are affected in similar ways by the pressure to appear a certain way.

In 2015, Superdrug created a project called Perceptions of Perfection. They sent the same image to designers in 18 different countries, asking each to photoshop the image to reflect the country’s ideal beauty standard.

The UK’s ideal body image model has thinner legs and arms and a flatter stomach than the original image, in a similar vein to a handful of other countries.

The model from China has been made rail-thin, while countries like Peru, Colombia and Spain seem to have tampered less with the original image.

How can women strive to love their bodies and appreciate them for all they do in a world that’s constantly telling them to strive for an ideal that’s clearly inconsistent?

Learning self-love is a personal journey and everyone’s path will be different. Some might feel strong from steering clear of media that promote an unattainable body image. Others might enjoy leaving positive messages on Post-it notes on their bathroom mirror.

What’s clear is that the ideal body women are pressured to aspire to is a construct that depends on where you live. This knowledge in itself may be enough for some women to start questioning their own standards of beauty.

Many women are already doing this, with movements going on all over the world that strive to help people become more confident in their skin. Some of these movements expand to include support for low self-esteem and discussions about the standards of masculinity.

The Body Positive is a movement started by activists Connie Sobczak and Elizabeth Scott, following Sobczak’s own experiences with an eating disorder and the death of her sister. It primarily focuses on young adults and while it has a stronger female following, it is designed to be helpful to anyone struggling with body confidence.

Another great initiative to look into is Body Image Movement. Founded by Taryn Brumfitt, the movement centres on the idea that everybody deserves to love their body rather than see it as an ornament. Brumfitt is the director of Embrace, a social impact documentary on body image.

Many of these movements don’t just encourage body positivity — they’re actively working to make changes to the way the media presents models of beauty. Do some research — we can and will make a difference if these issues are spoken about widely.

No matter how you handle it, one thing is for sure: it’s time to get on board with the body-positive way of thinking. Women should be happy and proud of the skin they’re in.

Image is of a woman with dark blonde hair, staring directly into the camera. Her hands are pressed together and are covering her mouth and nose, as if she is thinking. The lighting of the shot is moody. She wears a black sleeveless dress and black nailpolish.