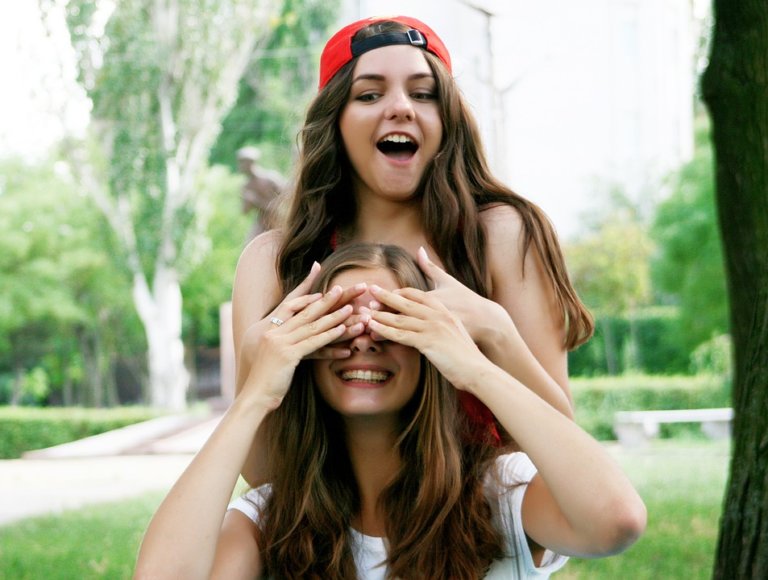 I scrolled past a Twitter poll last week that asked ‘Can men and women ever truly be just friends?’. Most people seemed to be answering with either a definite no, or an uncomfortable maybe. There wasn’t quite a consensus, but the feeling was clear. I quickly replied with, ‘I’m bisexual, so if you can’t be friends with someone you might be attracted to, I’m screwed’. It’s easy to see where the fear of such friendships comes from; entertainment media would have you believe that sex and/or romance is inevitable in a friendship between straight men and women. See: Xander and Willow in Buffy the Vampire Slayer, Ron and Hermione in the Harry Potter series, Clark and Lois in every iteration of Superman. Once you start thinking about these relationships in film and television, the floodgates open and you’re overwhelmed by friendships that turned romantic. Try to think of a single platonic relationship between a straight man and woman, and you’ll probably be twiddling your thumbs for a good few minutes before you give in and turn to Google.

This idea doesn’t just affect straight people; it has a knock-on effect which sees friendships between queer women misunderstood and sexualised, as relationships between queer people often are. The belief that you can’t be ‘just friends’ with someone you could be potentially attracted to, coupled with the hypersexualisation of queer women, has created this environment where queer women’s friendships almost aren’t believed to even exist. To me it’s a given that if you’re gay/bi/queer, a lot of your friends will be too. My close friendship group is comprised entirely of gay and bi women, and I can’t say it’s ever been a source of tension or conflict. The only time the group has really divided over a queer issue was when one of us suggested that Kate McKinnon was overrated. Out of interest, I put out a survey to queer Twitter to find out a few things:

How many of your friendships are with queer women?

Does the possibility of attraction ever negatively affect your friendships with queer women?

How do you think queer women’s friendships are represented in the media?

I’ve always felt that friendships between gay/bi/queer women were an important part of understanding who I am, and feeling supported by others who can relate to my identity and politics. In the interests of learning more about other queer women’s friendships besides my own, I gathered these responses from dozens of women and non-binary femmes online (thanks to generous retweets from the queer community). The results were mostly what I anticipated, but framed and articulated in ways I had never considered. Women wrote paragraphs to me about the unique love and support that they found in friendships with fellow queer women, and how they felt that the media was scared to represent these kinds of relationships because they have absolutely no appeal to a male audience. Though the premise of this research was predominantly to answer the question of whether you can be friends with someone despite potential attraction, the responses answered larger questions about the significance of queer women’s friendships, and how queer women are interacting with straight friends as well.

Most of the queer ladies I spoke to said that the majority of their friends were also gay/bi/queer women, and everyone said that it was at least half. Most people either sought queer friends at university because they were alone in high school. A lucky few found themselves in queer friend groups in high school, and went on to make more straight friends in university or the workplace, knowing they had a supportive queer circle to fall back on. Almost everyone who had fewer queer women friends expressed a desire to have more. The solidarity felt in these friendships is distinct from solidarity with straight women – clearly, just being women isn’t necessarily enough to build close friendships. The majority of respondents said they felt queer women’s friendships are ‘on another level’ of understanding, without the pressure to explain your identity or aspects of LGBT+ culture, involving more shared interests and beloved TV shows. On the flipside, some felt – particularly lesbian women – that it was more difficult to bond with straight women because they couldn’t join in with chats about sex and relationships with men, or that if they spoke about their interest in women they might be seen as ‘pervy’. While both kinds of friendships were characterised as supportive and loving, gay and bi women seemed to feel safer talking about their sexuality and their politics with fellow gay or bi friends.

With straight men, it was a different story. Queer women felt like their friendships with straight men were more ‘surface level’, based on more superficial interests, and tended to be more emotionally draining with little reciprocation. Most of the respondents said they actively did not seek any kind of relationship with straight men, or that the only straight men they knew were relatives or colleagues. These women cited the fact that straight men expected them to be ‘one of the lads’ or to engage in sexual banter about other women, feeling less respected than they do by women. Some bisexual women replied that they felt more uncomfortable trying to navigate the idea that they’re supposed to be attracted to men rather than friends with them, despite not experiencing this in their friendships with queer women.

If straight people are fearful of their friendships with people of another gender and those assumptions are forced on queer women, then those friendships might also be compromised

Finally, the big question, ‘Does the possibility of attraction ever negatively affect your friendships with queer women?’ was answered with a resounding no. There were caveats – some said that you have to get to know someone a bit first to figure out their intentions, or that romantic feelings can come up that have to be talked out, but ultimately the level of communication is better than that in a friendship with a straight person. Interestingly, many women replied that they were only really negatively affected by others’ assumptions. That they might feel confident and happy in their friendships with queer women, but external expectations and jokes about their relationship caused them to drift apart. This seems so obvious now that it’s been put on paper. If straight people are so confused and fearful of their friendships with people of another gender and the same assumptions are being forced on queer women, then of course those friendships might sometimes be compromised in the same way. If queer women struggle to be ‘just friends’, maybe this is because we aren’t allowed to be. If these friendships are to be normalised, I think entertainment media will have to play a role. In the same way that friendships between straight men and women are underrepresented, friendships between queer women characters are almost non-existent. There’s the obvious (problematic) classic The L-Word and there’s arguable queer friendship in Orange is the New Black, but you’d be hardpressed to find many mainstream examples. Romantic representation is getting better, but most gay and bi women on screen will only know one other gay or bi woman and it’ll be her girlfriend. The struggle for less sexualised, more nuanced relationships between queer people – particularly women – in TV and film is likely to continue, alongside our struggle to have our friendships recognised in real life.

I can see why a lot of straight people can’t get to grips with queer friendships. When entertainment media only ever portrays LGBT+ people as token gay friends in an otherwise straight group, straight people aren’t likely to have much experience or knowledge of what friendships between queer people are like. Moving forward, there needs to be more acknowledgement that queer people can just be friends, and that these friendships are caring, nurturing, and often vital. Challenge the heteronormative idea that if you can be attracted to someone, you must be. If TV has taught us anything, it’s that it’s dangerous out here as a queer woman – find yourself some supportive queer friends and hold on tight.

Image credit: Shared under a Creative Commons license.
Image description: The image features two white feminine teenagers. One stands behind the other with a cheeky expression, covering the eyes of the person in front, who is laughing. Both have long brown hair and the person standing behind is wearing a red backwards cap.