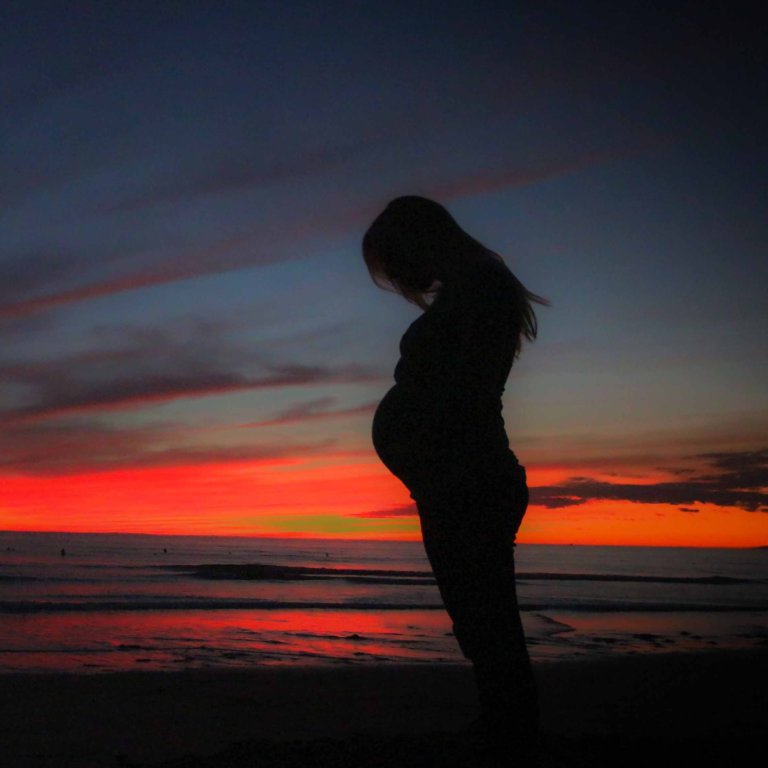 Time to cut the cord with the Stone Age?

This piece addresses issues around reproduction and pregnancy, and ‘women’ is used as shorthand throughout to refer to people who can get pregnant. I acknowledge that this doesn’t reflect the experience of all women, particularly trans women, but is reflective of my own experience.

Picture a scene in the latter half of this century: a heavily pregnant, well-dressed woman steps aboard a rush-hour train. This is her last week of commuting to work before starting her maternity leave. She takes a seat and fellow passengers sneak glances at her swollen belly. No one smiles. The pregnant woman avoids making eye contact. She removes her gloves and unwittingly attracts more attention, for she’s wearing an expensive bracelet. At the next station, a female passenger stands up and as she reaches the pregnant woman she sneers and says, “If you can afford that bracelet you can afford to take better care of your baby.”

This imaginary scene takes place in a future where it has become commonplace to gestate a foetus in an artificial womb in a fertility clinic; technically, there’s no need for anyone to physically carry their pregnancy. It might be considered reckless to do so. Why would someone choose natural childbirth, choose the pain, risk the inherent danger of long-term ill-health for herself and her child? Surely, artificial gestation will be a rational choice for any person with access to the latest developments in fertility science.

Why expose a foetus to risk if you have a choice?

As a writer of speculative fiction, I sit in my study and daydream about consequences. I wonder about this fictional woman on a commuter train who has chosen to carry her pregnancy. I decide she will be regarded as wilfully irresponsible. She’ll breathe city air and subject her baby to environmental pollutants. Then when, inevitably, she endures a frantic day at work and grabs a fast-food lunch, her colleagues will cast glances between them as if to say “how uncaring”. After all, her baby would receive optimal nutrition in an artificial womb. Sleeping, dreaming, amongst dozens of other artificial wombs in a gestation ward, the baby would be safe from the chemicals released into the bloodstream by maternal stress and anxiety. Safe, too, from the stress of an unexpected calamity—a family bereavement, for example. Why expose a foetus to such risks if you have a choice?

It sounds like science fiction but researchers around the world really are taking steps towards creating an artificial womb because of the many people with uterine infertility, a significant number of sufferers of this condition being young women. According to geneticist Dr Aarathi Prasad, author of Like a Virgin: How Science is Redesigning the Rules of Sex, major breakthroughs have already occurred and an artificial womb could become a reality in forty years’ time. Scientists in Australia made an artificial womb and successfully gestated a threatened species of shark (though a shark foetus needs no placenta). A US and Japanese team made an incubator filled with artificial amniotic fluid for a goat foetus, which survived for three weeks. Reproductive biologist Hung-Ching Liu has grown the lining of a womb and successfully implanted fertilised eggs on this lining—the experiment being terminated after eight days to comply with regulations. In April, paediatric and foetal surgeon Alan Flake announced that a premature lamb foetus had been kept alive in an artificial womb for four weeks as part of experimental work at the Children’s Hospital of Philadelphia.

Is it possible those who carry their pregnancies will form a new sub-section within a growing underclass?

If women reject their traditional role in procreation, that of ‘woman-as-vessel’, they would find themselves in the same position as a present-day father. They would work up until their due date. Moreover, they would avoid all the ‘unknowables’ of a natural pregnancy—will the delivery be complicated? Will the birth be horrendously painful? How much recovery time will I need? Will I suffer with postnatal depression? Here in my study, daydreaming, I wonder if a woman’s choice will be a free one. I’m niggled by the law of unintended consequences. Will employers pressure their female staff to ‘outsource’ their pregnancies to gestation clinics and so avoid the disruption caused by antenatal classes, doctors’ appointments, pre- and post-natal health complications? Is it possible those who carry their pregnancies, either by choice or through a lack of access to new innovations, will form a new sub-section within a growing underclass? Will they be regarded as disadvantaged, even vulgar?

And will men’s rights movements become loud advocates for artificial gestation, to undermine what they perceive to be the privileged position of motherhood in today’s society? Questions, questions! Fiction writing offers me the best means I know of exploring the many potential outcomes. Many moons ago, if I’d been offered the option of an artificial womb, I’d have jumped at the chance, certainly for my second child. Having experienced a traumatic childbirth with my first son—traumatic for both of us—the decision would have been an easy one. I wonder though about the woman who becomes an ‘early adopter’ of this new technology, before it becomes normalised. How will her friends and family react? Will some be appalled by her rejection of natural pregnancy, seeing her as overly rational—an emotionally disconnected mother from the outset? Will other friends regard her as callous in thinking she need only visit her baby once a week, when her schedule allows, in the gestation ward? Will she be ‘guilted’ into visiting every day?

In my novel, Dreams Before the Start of Time, I follow two women, their children and grandchildren as they face big decisions about parenthood. As each generation grows older, they face the ‘shock of the new’ as younger relatives embrace new pathways to parenthood. Amelie carries her first pregnancy but opts for an artificial womb for her second. Because this second child is gestated in ideal conditions with gene editing of the embryo to correct defects, she and her partner hold higher expectations for the child—a self-fulfilling prophecy? Another character, Rudy, struggles with the knowledge he was conceived by sperm donation back in the 2030s. He chooses to create a child himself, to become a solo father using an egg derived from his own stem cells. His baby gestates in an artificial womb—there’s no need for surrogates in this future world. With eggs and sperm being created from stem cells, a woman, too, may make a baby without a man, make a baby after her menopause. No waiting around for the perfect partner to turn up. No worrying about the biological clock. No fear of childbirth.

I recall, vividly, on returning home from the maternity ward with my first child, my overwhelming sense of disbelief. That we’d both survived! Then I felt a deep conviction that this couldn’t go on. A chilled realisation that as a species we hadn’t progressed so far at all. Sure, we have skilled midwives and consultants at hand, but essentially women are still pushing out babies like they did in the Stone Age. Not for much longer, maybe.

Anne Charnock’s novel Dreams Before the Start of Time is available now.

Image credit: Shared on Pexels under a Creative Commons license.
Image description: A silhouette of a pregnant person looking down at their belly, in front of a darkening sunset on a beach.