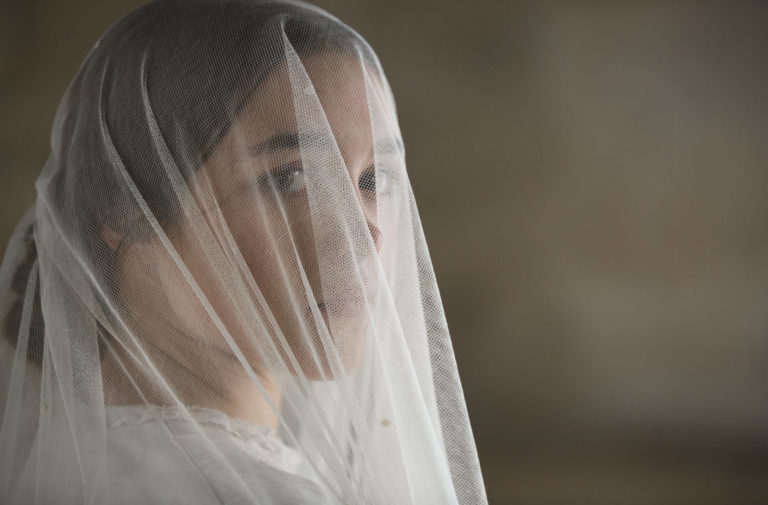 “I just wanted to prove her wrong”: interview with Fodhla Cronin O’Reilly “Lady Macbeth” might be a familiar name to British opera audiences. Dmitri Shostakovich’s adaptation is, to date, the likeliest way for audiences in the UK to come across the story originally told in a Russian novella Lady Macbeth of Mtsensk (1865). Shostakovich’s opera was also featured in Julian Barnes’ novel The Noise of Time, a factor that’s sure to draw fresh interest to a run at the Royal Opera House next year.

Apart from a Polish production from the 1970s, Lady Macbeth has never hit the silver screen before. But last year Alice Birch wrote a new adaptation, taking the first half of the story and relocating it to Northumberland. This atmospheric new drama focuses on a young woman, isolated in a loveless marriage and driven to shocking violence. The film, praised by leading UK critics including Cath Clarke and Guy Lodge, is studded with incredible performances by newcomers Florence Pugh, Cosmo Jarvis, and Naomi Ackie. Among stunning interior and landscape shots that heighten a powerful and compelling narrative, questions about the power of the female gaze wait at the film’s core.

When I call Fodhla Cronin O’Reilly, the film’s producer, she’s just back from New York where she and William Oldroyd, the film’s director, were presenting the film as part of the New Directors/New Films festival. Brought up on Sunday musicals, E.T., Indiana Jones and James Bond films (“seriously”, she laughs), O’Reilly says she just loved watching films: “It was a form of escapism for me.” She studied film at university, trained at the National Film and Television School and co-produced Brit flick Dead Cat (2013) as well as the Oscar-nominated animated short Head over Heels (2012).

O’Reilly explains that she was first attracted to Lady Macbeth out of a passion for the lead character: “I found her singlemindedness really propelled the story forwards and I was excited by that. She’s the reason I was so drawn to the story.” She asserts that she seems to be drawn to female-led stories but not necessarily those of ‘strong women’: “I’m more drawn to just exploring the complexity of being a woman within this world or any world, and exploring their flaws and strengths.” A debut feature for the director, writer and herself, Lady Macbeth answered a manifesto that O’Reilly co-wrote with Oldroyd about how to create a good working environment for cast and crew on set. “As a producer my priority is obviously the story in terms of filmmaking,” she explains, “but another priority is to make sure I create an environment that is collaborative and positive and people feel safe within it. That’s how I want to try and make films.”

Although O’Reilly doesn’t disclose exactly what was in the manifesto, she does say that it specifically listed that she and Oldroyd would focus on stimulating collaboration and openness with cast and crew. “Will especially created a world in which people felt they could come and talk to him,” she tells me. “It was sort of a commitment to make sure that we were creating an environment where people felt safe to feel as if they could contribute and collaborate with us freely.”

“I just wanted to do it just to prove her wrong. The seed was planted because somebody told me I couldn’t do it”

Another distinctive aspect of the film is the choice to cast colour-blind, something O’Reilly attributes to what they found out when researching the period and setting: “We felt as if there had been a whitewashing of British period drama, and we didn’t want to follow that.” The decision was also influenced by the writer and director’s theatre background, she adds, and so they held an open casting: “[Race] is not written in the script. Myself and Will discussed it a huge amount, and from our research we learned that actually, at that time, that area was more diverse than we realised.”

Earlier in the interview she also mentions that when she and Will first met, they went to see 12 Years A Slave together – a bonding experience that confirmed their shared values and might have informed decisions about how they wanted to work. Ultimately, she concludes, they cast colour-blind so they could cast the best people for those roles: “Naomi Ackie, she was the best person we met and her performance was stunning and she’s really a wonderful actress. Fricking hell, why wouldn’t we cast her [as Anna]?”

O’Reilly admits that she shares some of the toughness that made the lead character so irresistible to her. When asked why she got into filmmaking, she tells the story of her career guidance teacher who told her that she couldn’t get into filmmaking and, after the aptitude test, suggested she should become a nurse. “I just wanted to do it just to prove her wrong,” asserts O’Reilly. “The seed was planted because somebody told me I couldn’t do it.” Whether the headstrong protagonist of Lady Macbeth gets away with her rebellion remains for audiences to decide; the producer has definitely got away with hers.

Lady Macbeth is available as VOD now and comes out on DVD on 17 October.

All images courtesy of Altitude Films. Images description:
1. A young white woman with her hair braided up her head is standing in the room, clutching the back of a chair in front of her and looking to the right, somewhat alert. She’s wearing a long navy dress from the 19th century. It’s Florence Pugh as Lady Macbeth.
2. A close-up of a young white woman’s face, covered with white veil. It’s Florence Pugh as Lady Macbeth.