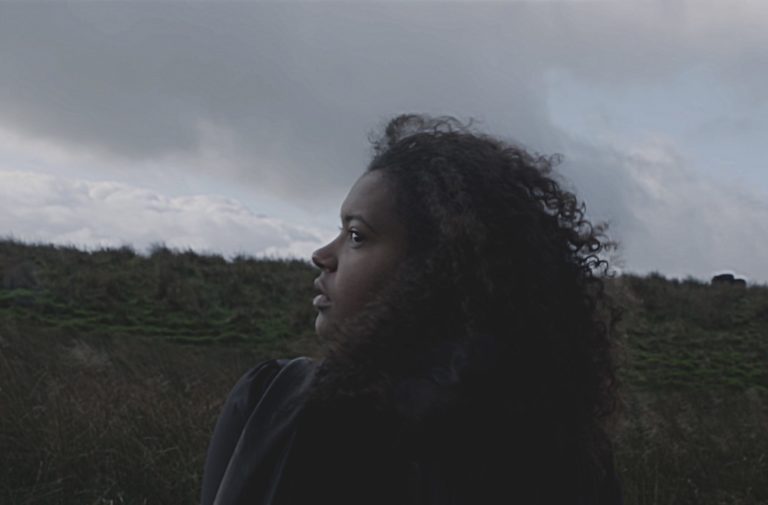 The Sycamore Gap: women filmmakers who tell their stories themselves Back in 2015, Reese Witherspoon gave a speech at Glamour’s Women of the Year Awards about making films for women and by women with her production company Pacific Standard Films. In this speech she highlights the “cultural crisis” in the film industry due to the lack of diverse roles for women. Producing Gone Girl and Wild to huge box office and critical success, Witherspoon claimed that the company was thriving because “female-driven films work” and that “films with women in the centre are not a public-service project.”

So why are there still so few films with women in charge? Most recent UK data shows that less than 1% of films are made with a majority of women crew, and only 4.5% of films have a woman director. This is not for lack of talent or commitment by women, but due to the few chances women are given. Women are underestimated and yet they have amazing stories to share, along with incredible talent to tell these stories on the big screen.

A group of final year film students from Northumbria University, who are starting their own production company, are a case in point. With a majority women crew (the producer, director, writer and director of photography are all women) and a cast of two women and one man, the team of The Sycamore Gap have created a story that touches on gender, sexuality, race and class, whilst showcasing what the North of England has to offer for film. Writer and director Lucy-Rose Wilson-Green says:

Working with women on this film was a very clear goal I had in mind, especially during the early stages of the production. Having focus groups with LGBT+ women, working class women and women of colour was an integral part of the script development in getting that key perspective we were searching for

Set in 1841, in the Victorian era of stifled and prudish sexuality, the film tells the story of Mina (Kristel Buckley), a woman of colour working as a maid in a wealthy household. She enters a romantic affair with the lady of the house, Clara (Sophie Nattrass). The affair is under constant threat of discovery by Clara’s husband, James (Michael Adamson), whose vicious demeanour makes both women fearful. Mina has a difficult decision to make in order to survive in a world that favours everything she is not.

How will this Victorian woman, who was raised to believe that women had no sexual power, feel about falling for someone ‘below her station’, a black woman?

The Victorian age is an interesting one to set the story in. Despite the preceding Regency period being quite liberal and tolerant of sex, the Victorian age brought in a new period of Puritanism and some quite strange ideas about sex. According to the Victoria & Albert Museum, Victorians believed that “the majority of women (happily for them) are not very much troubled by sexual feeling of any kind. What men are habitually, women are only exceptionally.” They believed that men were the ones who were interested in sex, whilst women laid back and “thought of England.”

Many people today still hold this bizarre viewpoint, although arguably the awareness of women’s same sex attraction in our society is much greater than among the Victorians. Although the term “lesbian” (and “sapphic”, referring to Sappho) came into being during this time, Queen Victoria herself famously denounced lesbians, declaring that “being lesbian” was impossible, which, interestingly, is why being lesbian was not criminalised while men’s homosexuality was. This makes Mina and Clara’s, the two central characters of The Sycamore Gap, relationship all the more groundbreaking, as women weren’t perceived as sexual beings.

Moreover, Mina is black and working class. As Kristel Buckley, who plays Mina, told me, “[Mina] has very little choice, and has no power in her current situation, because she is poor, because she is a woman and because she is black.” Hopefully it will be interesting for the audience to see how Clara, a white upper-class lady, views her relationship with Mina. How will this Victorian woman, who was raised to believe that women had no sexual power, feel about falling for someone ‘below her station’, a black woman? Sophie Nattrass, onscreen Clara, said that her character is “stuck in a society that wouldn’t let her be who she is longing to be”.

The power balance between the two women means that although they both have a lot to lose, the odds are stacked higher for Mina than Clara. Clara could be disowned by her family, but if she laid the blame on Mina, the latter would lose her job, her reputation and quite possibly her life. Although slavery had been abolished eight years previous, the Victorians still very much viewed black people as inferior to whites.

The film is visually stunning. The director of photography Lizzie Gilholme watched various period drama pieces to help set the style of The Sycamore Gap. She describes period drama cinematography as “really, really beautiful” and using this genre meant that the creators could showcase the beauty of the North and what both the landscape and the historic buildings have to offer. It’s been long known in the film industry that too many films are made either in Hollywood or in London, and there’s an expectation that people wanting to break into the industry need to move there if you want to be a serious filmmaker. However, the North is making a resurgence and shows like Vera, the recent film God’s Own Country and Lady Macbeth, set in Northumberland and shot in Durham, prove that it’s time for filmmakers to see the potential their Northern colleagues have to offer.

But most importantly, as Reese Witherspoon expressed two years ago, it’s time for filmmakers to see what women have to offer. Wilson-Green says how “being around and working with women whilst this was all on the go” gave her and the team “a very clear perspective about how the story resonates now and why it’s important that women’s cinema needs to be platformed more”. Women have stories to tell and all the talent they need to tell them themselves.

Keep up to date by liking their Facebook page.

2. A polaroid of four young women, three white and one Black, wearing winter jackets with hoods and hats. They are The Sycamore Gap crew and cast, from left to right: Sophie Nattrass (who plays Clara), upper part of her face hidden under the hood; Sarah Talbot (the producer), Kristel Buckley (plays Mina), and Lucy-Rose Wilson-Green (director and writer).