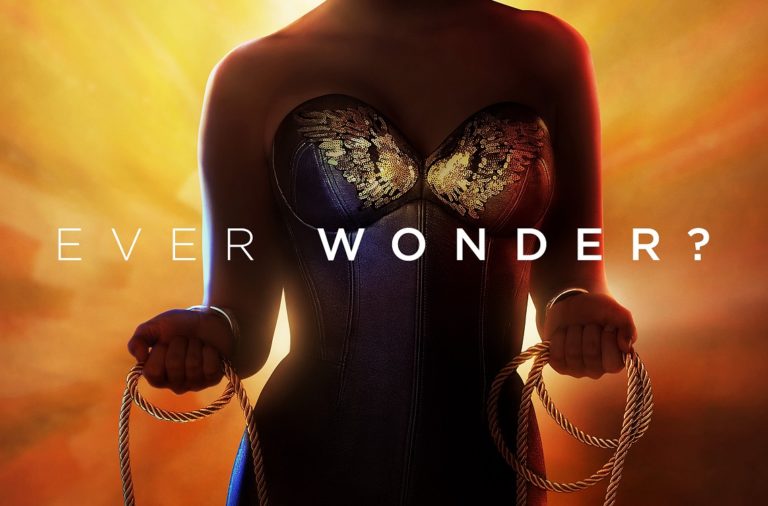 If you saw Wonder Woman this summer – and based on the box office numbers, you probably did – you know that truth is one of the lead character’s most important values. If you left the cinema on a power-fantasy high and went hunting for more, like I did, you might have discovered why. It goes back to her creator, William Moulton Marston: psychologist, developer of the lie detector and a bit of an odd duck.

Marston was ahead of his time in a lot of ways, though his theories haven’t all aged well; he believed in inherent female dominance and was fascinated by bondage and submission. He didn’t actually give Wonder Woman a lie detector of her own; his version of the lasso compelled people to obey whoever held it. He also lived in a polyamorous relationship with his wife Elizabeth Holloway Marston and a former student of his, Olive Byrne.

Unsurprisingly, that’s the focus of Professor Marston and the Wonder Women, an indie biopic based on his life directed by Angela Robinson (The L Word, True Blood) which will land in UK cinemas on 10 November. It’s being promoted as “the true story” behind the creation of Wonder Woman and the marketing team is doing their best to jump on that sweet blockbuster bandwagon. When the news first reached me, floating in a new-fan haze, two Wonder Woman movies in a year sounded like bliss. And then I ran across Marston’s granddaughter, Christie Marston, on Twitter. She was not happy. I wavered on whether to go and see Professor Marston anyway until an article showed up on Psychology Today by Dr Travis Langley – a friend of the Marston family who published, with their blessing, a book called Wonder Woman Psychology: Lassoing the Truth Langley clarified that while the movie shows William, Elizabeth and Olive in a three-way sexual relationship that ultimately informs the creation of Wonder Woman, there is no evidence that Elizabeth and Olive’s relationship was ever sexual.

I tweeted a link to the article, glad to be enlightened, and turned Langley’s words into a hashtag, and #LassoTheTruth became the official rallying cry.

It became an official rallying cry as Christie Marston talked to movie news site Big Fanboy, then to Forbes, then wrote a guest column for the Hollywood Reporter. Her beef was not only that the movie misrepresented its central relationship but that it stripped Elizabeth, an academic in her own right, of the vital role she played in the creation of Wonder Woman. In the family’s telling of it, Elizabeth was the one who told her husband that his new comic book character should be female; in the movie, she’s too busy warning William that Wonder Woman will never get published.

As for Elizabeth and Olive, according to Christie, they were “as sisters”.

“I was very close to Gram [Elizabeth] as an adult. My grandfather died before I was born, so I only know him thru family stories. No love triangle ever even hinted at – and Gram was very broad-minded and very open, so if it existed, she had no reason to hide it – especially from me… we discussed all aspects of life and human psychology,” she told Big Fanboy. No doubt some families might be ashamed that their famous ancestor had two partners at once, but not this family. If the relationship really did go all three ways, it seems unlikely the Marstons would bother to hide it.

Professor Marston is currently showing in US theatres and has received great reviews and an 88% Fresh rating on Rotten Tomatoes. In addition to its critical success, the polyamorous community has praised its sensitive and loving portrayal of a triad. In a lot of ways, it’s a movie I would love to support. It’s said to be well-acted and well-directed, especially considering it was filmed in just 25 days. And we do need more women – particularly LGBT women of colour – behind the camera right now. That goes double for a movie about Wonder Woman, whose queer identity goes right back to the moment we first meet her on single-sex Themyscira.

Robinson’s focus in interviews has been her love for Wonder Woman, the eight years she spent trying to get this movie made and how much it meant to her as a gay woman to bring this love story to the screen. “I was obsessed with exploring not only the male/female desire, but the dimensions of female desire, and how complicated that can get,” she told The Verge. I’m reminded of the excitement over Alexander Hamilton and John Laurens when Hamilton swept Broadway last year. Fans posted excerpts from centuries-old letters, gleefully declaring that here was proof these two were definitely shagging behind the scenes of the War of Independence. The historians who demurred that men back then just talked about their feelings more were drowned out. Keen to find their own place in America’s creation story, people couldn’t help but project a 21st century definition onto an 18th century relationship.

Our media is gradually learning to do justice to same-sex relationships, but polyamory is a whole ‘nother question

Our media is gradually learning to do justice to same-sex relationships, but polyamory is a whole ‘nother question. A polyamorous relationship portrayed with the tenderness of any other love story is definitely progress, and might even be a first on film. But there’s the rub: people who live this life have been misrepresented so often. When you find a real, inspiring story ready-made, why not just tell it?

“There are many real people who deserve to have their story told who are better subjects. In fact, there was a lesbian who was part of the family and part of Wonder Woman’s beginnings; had [Robinson] done any research, she could have used the Marston and Wonder Woman names honestly,” Marston told Forbes.

Robinson did study Marston’s work inventing the precursor to the polygraph and his psychological theories, and there’s plenty of exploration of those in the script too. But the three-way relationship has taken over the conversation. It may not be fetishised within the movie, but it definitely drives the marketing. Reviews and interviews can’t help but call it “steamy,” “kinky”, “sexy as hell”. The Marstons and their lifestyle are in the process of being sensationalised, whether or not Robinson meant them to be.

The dead can’t be libelled, so technically Robinson can make whatever movie she wants. And there’s always the caveat that we can never know the truth of someone else’s private life. We can’t ask Elizabeth and Olive for their version of events, and they didn’t leave behind much evidence one way or the other. But the relatives who knew them are alive and tweeting and ready to talk. Not every biopic has the luxury of living sources who were close to the subject. Robinson has chosen to ignore them in favour of her own version of events (heavily influenced by Jill Lepore’s The Secret History of Wonder Woman, which Christie has also denounced). We still have precious few positive portrayals of LGBT women in our pop culture, so, like the Hamilton fans, Robinson may be indulging her desire to see herself in history. The problem is the fact that she’s presenting her take as the ‘true story’ A quick look at the reviews shows that a fair amount of critics are taking the premise of Professor Marston without the least grain of salt. Each one adds to the chorus of “alternative facts” until Robinson’s creation becomes fixed in people’s minds.

This year is an incredible opportunity: not since the 1970s TV series have so many people had Wonder Woman on the brain. And yet, here we are, debating whether two women slept with each other and erasing the real contributions they made, when we could be talking about Elizabeth’s creative influence and her petition to be the next writer of Wonder Woman after her husband. We could explore how she went to work while Olive raised the children and whether we need more arrangements like this. We could discuss the fun coincidence of how Olive was the cousin of Margaret Sanger, founder of Planned Parenthood. We could be telling the truth about this iconic character who embodies love, peace, and honesty. I hope we still do.

Professor Marston and the Wonder Women opens in UK cinemas on 10 November 2017.

Images taken from the film’s official Facebook Page.
Images description:
Feature: The central part of the film’s poster. It shows Wonder Woman’s torso including her hands which are holding a length of rope.
1. A woman wearing a beret looks at a man wearing a jacket, shirt and tie who smiles back at her, over his shoulder is a woman looking at them. This is Rebecca Hall, Luke Evans Bella Heathcote as Olive, Marston and Elizabeth.
2. Screenshot of a tweet by Christie Marston, Professor Marston’s granddaughter, saying ‘Just see it [the film] knowing that it is not even remotely about the marston family – total bs!’
3. A woman in a corset looks ahead as a different woman stands behind her looking at her, with ‘SEXY’ in large print.
4. Two women lying down about to kiss, with ‘FASCINATING’ in large print.
5. A woman’s legs in lace up boots with a hand holding a rolled up lasso, with ‘ONE WEEK’ in large print.