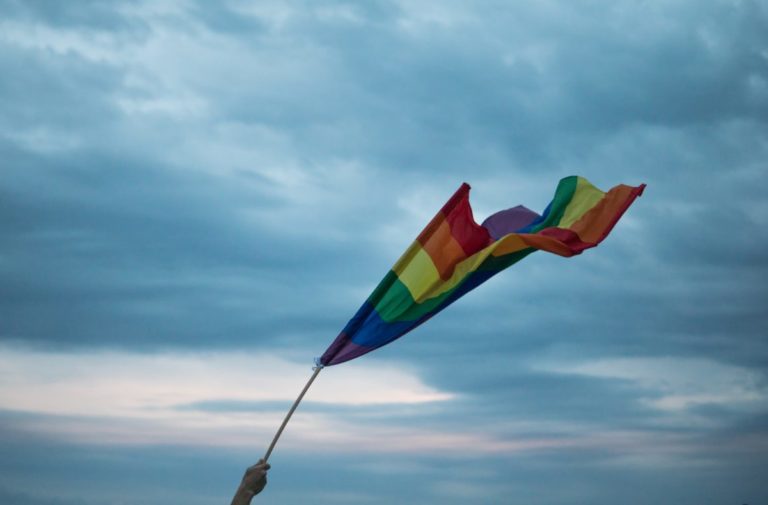 The dangers of putting equal marriage to referendum

Emily Chudy is an LGBTQ+ journalist, writer and blogger from south London

For many, the word ‘marriage’ brings puffy dresses and drunk, distant relatives to mind. For the LGBTQ+ community, marriage is the subject of an upsetting and divisive political debate.

Thankfully, 26 countries worldwide now allow equal marriage. But, for the majority of LGBTQ+ people worldwide, marriage still isn’t an option. And in recent years, some governments have held public referendums when deciding whether or not to legalise equal marriage.

Some see this as a positive opportunity for debate, but what are the darker sides of a yes/no vote on human rights, and should they ever be up for debate?

I’m British and came out as bisexual after 2013, so thankfully I have never lived in a country where I couldn’t get married. It’s a nice feeling, but it’s a transient one. If I do get married to a woman, there will be 169 countries where that marriage isn’t valid and I won’t have to travel all that far to find one.

Northern Ireland is the only country in Great Britain that hasn’t yet passed equal marriage, and recently, it was announced that Labour would back a referendum to bring equal marriage to the country. My first thought was optimistic; the country has attempted to bring same-sex marriage forward before and failed, so perhaps a positive referendum result could finally get it passed. But a referendum also tends to incite divisive debate which could harm the already vulnerable LGBTQ+ community.

The Republic of Ireland passed equal marriage through the process of a referendum in 2015. I spoke to Áine, a bisexual woman from Dublin, to get her opinion on the vote. She said:

Despite my opinion that the legality of marriage equality shouldn’t rely on a referendum and it should simply be passed without a vote, I was actually pleasantly surprised to see the public’s reaction to it as a topic before, during, and afterwards. Because either side had to campaign and sway public opinion, I think that I and a lot of others had the advantage of witnessing a massive improvement in the general public’s views about gay marriage and the LGBTQ+ community as a whole. Obviously, there were aggressors and uncomfortable moments if you were a member of that community. My friends and I, allies and members alike, were also quite furious about having to see posters from the ‘No’ side daily on our commutes into college or work, warning the public about the death of the ‘traditional’ family. As tedious and unnecessary as putting marriage equality to a vote was and is, on the other hand, the build-up that came along with it made an already fantastic result even more fantastic

Australia’s recent equal marriage ‘opinion poll’, in contrast, was not a fair debate. Reports show that the debate was skewed and bitterly divisive; the No side ran an aggressive campaign, producing homophobic leaflets full of misinformation and claiming equal marriage would lead to “a loss of parents’ rights”.

I spoke to Australian resident Paul Fenwick about his views on the vote, which he voiced on Twitter after the law passed. He believes that although the result was positive, the nature of the vote was unfair, and a lot of work still needs to be done in Australia to reach true equality.

Lots of people have been telling me it’s great that Australia voted yes to marriage equality in the recent referendum. I have to explain that it wasn’t a referendum, is not legally binding, and was an expensive attempt to get a different result than what the public wants. Even if we ignore the fact that it’s abhorrent to be asking the majority whether a minority should have basic human rights, the government has known for years that there’s a strong majority support for marriage equality. Instead, we got an opinion poll. It was designed to skew results. By having the poll, the government encouraged questioning whether some consenting adult couples should not have the right to marry

Despite many people arguing that they didn’t agree with the Australian opinion poll, it could be argued that the referendum was a positive move, spurring the government into action and seeing the law pass much quicker. Without a referendum that demonstrated the widespread support of same-sex marriage, equal marriage may have taken years longer to pass.

This said, aside from the fact that these referendums essentially position and validate the majority as those with the power to decide whether or not minorities deserve basic human rights, a key problem with putting equal marriage to referendum is what could happen if the No side won. After the Brexit referendum in 2016, it was found that racial and religious hate crime in the UK surged. Similarly, if a No vote was reached, people against equal marriage would then hold a government-and-vote-backed viewpoint that they could hold against LGBTQ+ people, potentially leading to further discrimination against the LGBTQ+ community.

While referendums on equal marriage could indeed push laws to pass quicker, the bottom line is that governments shouldn’t gamble with human rights or suggest that they are something it’s reasonable for the public to debate.

Unwillingness is no longer an excuse for politicians not to act. LGBTQ+ people should not have to ask their neighbours for their rights, and governments must recognise this, and work together with the community to progress equality.

Featured image is a rainbow Gay Pride flag flying in the wind against a bright, cloudy sky. Only the hand of the person holding the flag is in the frame.

If the contents of this article have affected you, please visit MIND LGBTQ for information and support