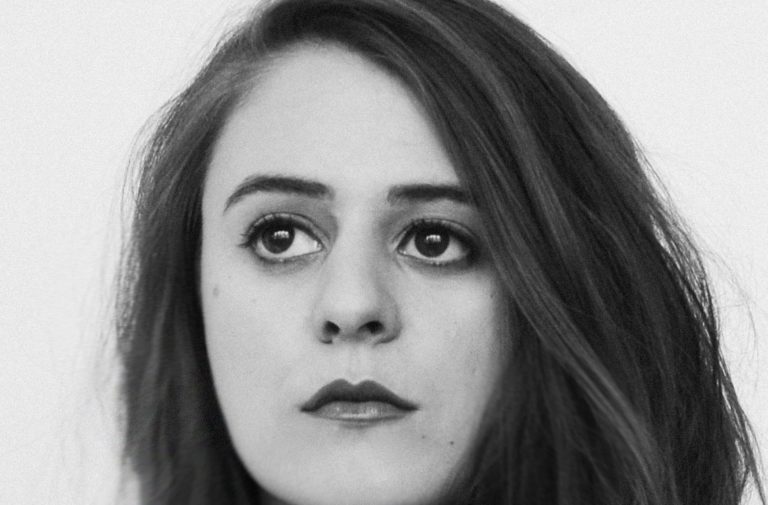 The cover image for Tancred’s second album, Nightstand, bears more than a passing resemblance to Robert Mapplethorpe’s iconic image of Patti Smith. The black and white photo of Smith captures her staring directly at the camera while wearing a man’s white shirt and dark braces, a dark jacket slung over one shoulder. It was used as the cover for her debut album Horses in 1975. By comparison, the album cover image for Nightstand shows Jess Abbott (aka Tancred) in a white shirt with black braces but, unlike Smith, she is looking away from the camera, her dark hair falling around her face, half covering it. The image has overtones of modern androgyny, as well as a free spirited dynamic that sits well with the immaculately constructed music within.

For this is where the analogy with Smith ends: Tancred’s album being not so much rock poetry as indie rock with a nod to 1990s heroines such as Juliana Hatfield, Mary Lou Lord, Lois Maffeo and Veruca Salt.

For this album, Abbott made a point of working on her songs for three hours a day, every day, for a year. It was just her and her guitar, working away until she was satisfied. By the time she entered the recording studio, she had a body of work that was ready to go and, far from needing to be finished off, just needed the odd tweak and polish.

There is minimalism and subtlety here, often combined with introspective confessional lyrics and achingly sweet melodies. The album opener ‘Song One’ is a great example of this, with its atmospheric, almost 1960s sounding pastoral folk lilt and casually devastating lyrics. “Why must we love in shadows, why must we stay in the house?” she asks, interrogating a lover who seems to want to stay in the closet. “I will not lie to you” she promises, from a position of strength, but there is a poignant ending: “Why must you love someone else?” she asks, trying to sound offhand and casual, but not quite achieving it.

It’s a taste of what is to come with songs like ‘Strawberry Selfish’ and the album closer ‘Rowing’ which also have a wistful, bittersweet quality and deal with love that hasn’t fallen out quite right; the final song containing the lyric: “A kiss can taste so sweet, like apples and wine”.

I love it for its easy, irresistible sexiness, its lopsided roguish sensuality

The assured nature of the songwriting comes across well on ‘Reviews’, with its skittery guitar and strong melody, also on lead single ‘Queen of New York’, a fantastically strutty track which combines great hooks and a big chorus with easy charm.

Then there is the beguiling, slightly blurred sweet seduction of ‘Underwear’, my favourite track on the album. Throughout ‘Underwear’ our heroine, in among lambasting herself for past failures, gets the girl who has been “pulling my strings” back to her dorm room and finds her pleasantly “soft”. It’s a hymn to infatuation, to chaos, to the randomness of life and I love it for its easy, irresistible sexiness, its lopsided roguish sensuality.

The old fashioned folk tinged indie pop love song, ‘Apple Tree Girl’, meanwhile, is reminiscent of Juliana Hatfield at her most uplifting and melodic. Similarly, the jump-up-and-down jangly indie pop of ‘Hot Star’ and the equally energetic grunge pop of ‘Something Else’ are brilliantly charming ear worms.

Tancred does light and shade with ease, as evidenced by the slightly droney guitar rock of ‘Clipping’, which chimes well with the self-examining and at times self-lacerating lyrics. “I’m a loser sometimes” she admits, balefully, having explained earlier in the song that “I lost myself, in a picture of someone else”. There is also the quiet/loud experimentalism of ‘Just You’ with its Romeo and Juliet imagery. The song’s central analogy is that of a shirt as an object of desire – it can be borrowed but never owned, despite not fitting its ”owner” anymore.

Nightstand is a perfect album for the summer, with plenty of indie rock anthems waiting to be discovered. There are songs about love, songs about loss, songs about sex and some wry introspection. It’s an album of substance and quality songwriting that you’ll find yourself returning to once summer has gone. In short, it has the endurance factor and has all the hallmarks of a modern classic.

Nightstand is released on 1 June

Image of Jess Abbott, aka Tancred, by Sherwin Lainez. Courtesy of Ellie Thompson at Prescription PR. Image is a black and white photo of Jess Abbott’s face. She is looking straight ahead at the camera and is not smiling. This is not the album cover image, but a related promo image