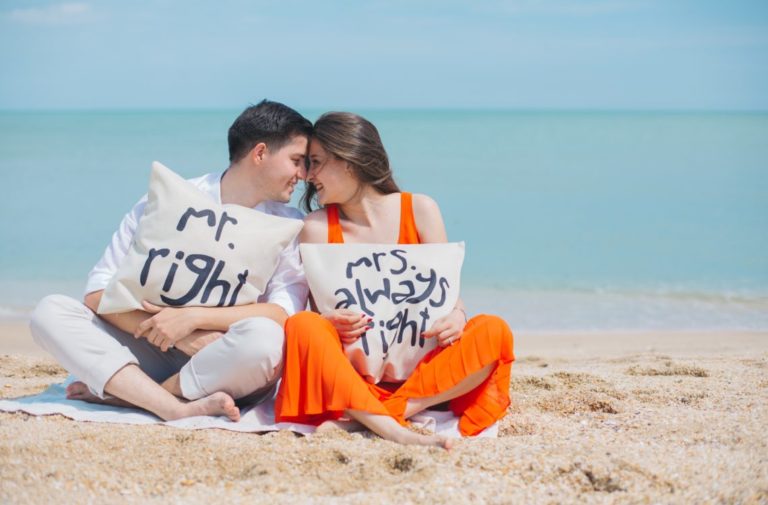 After we finished cheering for Dani and Jack, it’s time to say goodbye to the UK’s hottest reality show, put on our thoughtful faces and be grateful for all the amazing insights we’ve had into love and islands with love on them. What a ride it’s been! And still, so many questions. What happened? No really, what happened? What is “re-coupling”? Is it a veiled commentary on Russian interference in the US elections? Is reality TV the new reality that is the old reality but somehow horribly, awfully derailed as we spiral helplessly into a pre-modern repressive patriarchy? It’s impossible to say. Love Island does not think. It simply is. Like Descartes, but with a very high nipple count.

But if there’s a love-shaped hole to fill in your life now, don’t despair or self-medicate with ITV2. And for viewers over 30 – no need to stage an intervention to dish out unsolicited life advice to this year’s contestants and their chronic lack of self-worth or post-show support. There is hope! A new Love Island, populated entirely by people who applied but got the dates wrong because they don’t yet know how their new smartphone works. That’s right – very old people over 30! So if you are literally 45, and can barely make your hideously aging body function any more, just kick back, make yourself a mint tea and distract yourself from the approaching dystopian hellscape that is set to consume us all, with Over 30s Love Island. Love Handle Island, if you will! Filmed on location in a self-catering holiday cottage on the Isle of Wight. I’m excited. But not over-excited. Sarah is 35 and a babe magnet! That’s because she’s a stay at home mum of three who applied for Love Island because she heard she’d only have to share a bed with one person. She hasn’t done that in four years.

Sarah likes things that are well hung, so let’s hope the guys measure up! Because she’s talking about those pictures that have been propped up against the wall in the spare room for two years, and the goddamn washing line. At home, Sarah says she scrubs up pretty good, as she does 90% of the domestic labour and her go-to phrase is “sniff before you lick”. Because in her house, not everything smeared on the sofa is chocolate. Saucy!

Sarah is going to be rocking a strong look on Love Island as she has a capsule summer wardrobe that is just antihistamine capsules and a kaftan she rage-made from tea towels and low expectations. And the one thing she’s hoping for on Love Island is a large, firm package. Her ASOS delivery! She’s waiting for a swimsuit with a secret support panel, which is a group of people who come on holiday with her and say “you can wear a bikini if you fucking well want to”. But shhhh! It’s a secret!

Her favourite romantic gestures are gesturing vaguely at her husband to stop talking when Poldark is on and making the wanker sign at men who shout “cheer up love” from car windows. She likes the strong and silent type, so her dream date would be a strong coffee and a slice of cake, eaten alone and in total fucking silence. Emma, 36, is a single mum of two and full-time social worker. You’ll have to keep up, lads – Emma’s a busy lady who has headed to Love Island for some sexy self-care. Just kidding! She’s faked her own death to avoid a PTA meeting. Emma is a sassy babe – she spent her early twenties living in a commune and attending anti-fascist rallies. So sassy! These days, she takes 11 items to the ten items or fewer till at Waitrose just to feel alive. Having inescapable responsibilities is sexy!

She doesn’t have time to exercise much, but that’s ok because every time a woman in her thirties on Tinder describes herself as “mature”, Emma does pelvic floor exercises and visualises Michelle Obama giving her a slow nod that says “You’ve got this”. Emma has excellent bladder control! She will be a late arrival to Love Island, as she has to make three separate to-do lists before she goes on holiday, colour coded according to her levels of disappointment in third wave feminism. The red list just says “Burn it down”. She’s Leaning In!

And brace yourselves boys as Emma loooves provocative clothing. She recently made her own Handmaid’s outfit for the women’s march, but her hat got squashed in the boot of the Vauxhall Zafira so she went in just her dressing gown with no make-up, had a cider and went shirt-off apeshit. Still got it, guys! This season, Emma has braided the pubic hair she no longer cares about into plaits, for a carefree holiday vibe. On point! She plans to spend her time on Love Island giving absolutely no fucks whatsoever. Mary, or ‘Mary’ to her friends, is a senior lawyer who earns a shit tonne of cash and lives alone in a flat with full gym facilities and concierge service – sometimes she’s not even sad about it! Mary is the kooky one on Love Island, because just hearing the word “kooky” makes her lose the will to live. She says that in her day, being “kooky” on holiday meant accidentally taking a shit in the bidet.

Her catch phrases are “What the fuck is this?” and “Brexit is a shitshow”. She’s a manic pixie dreamgirl! And she’s definitely in touch with her spiritual side because she once appeared on Question Time with David Dimbleby and her soul left her body.

Her dream date would be sometime early in 2016, when her hopes for democracy were still intact. She’s hilarious. Mary talks a lot at work, so be warned, chaps, she is a chatterbox. But she still thinks it’s important that men get to finish their sentences – usually ten-12 years for breaches of the Sexual Offences Act 2003. Let’s hope that everything that usually happens on Love Island is perfectly legal! I’m sure it is. Geoff is 49 and he’s on Love Island because he’s getting a new kitchen put in and he’s worried about having to do bantz with the builders. Geoff once panicked and called someone “bruv” on a stag do and he still thinks about it.

His wife joined a feminist Facebook group six months ago and is currently on a womb retreat in a yurt just outside Shepton Mallet, having left Geoff at home to unpack his privilege. He’s doing this by watching a box set of Game of Thrones and then appearing on reality TV in his holiday pants. These are the same as his usual pants, but a size larger so he can really get his money’s worth on an all-inclusive.

Geoff’s dream date would be literally just pulling up a chair at the breakfast buffet and eating noisily with his mouth open. Thrifty is happy, ladies!

Geoff likes it hot and steamy alright. “I’m looking for a real connection”, he says. “Preferably a high speed broadband connection so I can listen to More or Less on Radio 4 while I do the ironing.” And guys, Geoff is certainly good between the sheets – his spreadsheets! Because nothing says “happy ever after” like monitoring your fuel efficiency. So let’s hope he’s got the right formula for love. Wink!

Geoff describes his physique as “impressive, but not intimidating”. Sure thing, Geoff! So he may be about to turn 50, but we bet he’s in great condition, just like the engine of his second-hand Toyota Avensis. Buckle up, girls! One for the guys to look out for, James is an alpha male who’s on Love Island to win. And when he says “win” he means “work as a team to break down traditional ideas about masculinity that only allow for competition in social interactions, giving men terrible problems with intimacy of any kind”. Go James!

James really works out. Works out the long-term effects of the gender pay gap on society as a whole, so look out for James in the garden gym, ladies! He can bench press 150 lb of structural inequality. Phwoar!

Fans of anything down and dirty will love James: he’s going to take out the trash as part of a rota system for keeping Casa Amore a habitable and relaxing space! There are plenty of reasons to help with the housework on Love Island, he says, and all of them are “because I live there”.

Despite describing himself as an “entrepreneur”, James finds it hard to find love. Because his Tinder profile is just a picture of him dressed as Mr Darcy, holding a puppy and saying “I routinely give women a basic level of respect”, so many women swiped right he broke the internet and somebody literally died.
Ding dong! Jake, 38, is a stay at home dad to twins, so get ready to feast your eyes on his lunch box, ladies, because we are talking a fully insulated Paw Patrol backpack with mini snack pots and a separate compartment for a banana. WINK.

Looks like Jake could use some help in the kitchen, ladies! That’s because he says narratives that portray men as naturally less able to perform a caring role are a bullshit part of the patriarchy. Cheeky!

Jake says he can’t wait to get into the villa. He’s making a beeline for the hot ladies because his wife is peri-menopausal and he’s learned a lot about supporting someone through that. He makes excellent pavlova. “It’s all in the wrist”, he laughs. “I’m actually talking about my tendonitis!”

If Jake wins Love Island, he plans to go cruising … on an all-inclusive family cruise to the fjords of Norway. Fjwoar! Jake hopes that Love Island will be just like Ibiza in the 1990s, but with the kind of high you get from too much Vicks nasal spray and not having had a full night’s sleep in six years. He plans to spend his time sleeping off his dangerous levels of exhaustion and making some raised beds on the decking. “Find me on Instagram!” he says. LOL. He’s not on Instagram.

1. (Feature image) A white man and a white woman are sitting cross-legged on the beach, laughing as their foreheads are touching. He’s wearing white shirt and trousers, she’s wearing orange dress. The man is clutching a pillow that says “Mr Right” and the woman one that reads “Mrs Always Right”. Photo by Anastasiya Lobanovskaya from Pexels.

2. A white woman on the beach, wearing a big straw hat and a floral dress. She’s adjusting her sunglasses. Photo by sk 726 from Pexels.

3. Back of the head of someone presumably a woman, with longish blonde hair, facing the ocean on a grey day. Photo Tatiana from Pexels.

4. A black woman wearing a yellow dress, a big stylish hat and a pair of shades. Photo by Godisable Jacob from Pexels.

5. A white man with dark hair, his arms outstretched, posing against a beautiful blue ocean behind him. He’s wearing a black T-shirt. Photo by Steshka Willems from Pexels.

6. A fragment of a white body, presumably male, from waist to knee, showing just a bit of right thigh, orange swimming trunks and a hand holding sunglasses.

7. A tall white man wearing jeans and a dark t-shirt on the grass. He’s wearing a VR set covering top half of his face, his lips ajar. There’s a rainbow behind him. Photo by Bradley Hook from Pexels.