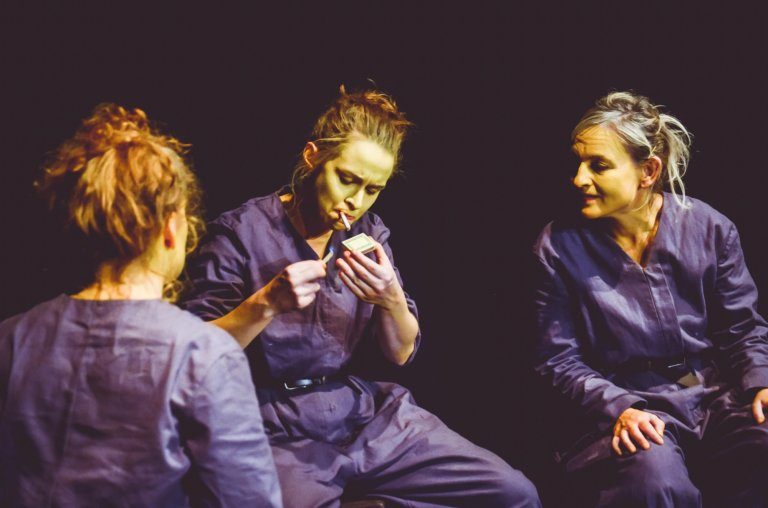 The BFI are currently running a three-month-long comedy season featuring such gems as the glorious 9 to 5, a whole bunch of stuff about “Trailblazing Women”and the often under-appreciated Tracey Ullman.

Eva Recacha’s Aftermath will be at the Lilian Baylis Studio in London on 25 and 26 October. The piece is inspired by Eva Recacha’s experience of recently becoming a mother and the social isolation that can accompany this new role.

Theatre company Don’t Be Absurd will present its production of Sluts at Dare festival at Shoreditch Town Hall on 26 and 27 October, and at Voila festival at Applecart Arts from 12 until 17 November. Sluts presents a feminist perspective on historical and contemporary misogyny based on writings by Goethe and Hebbel.

Funny Women seem to be doing ever more. They have upcoming Time of the Month events in Manchester on 27 October and London on 30 October plus gigs in Brighton on 27 October, London on 3 November, Watford on 9 November and Coventry on 15 November. They’re everywhere!

Free Word are launching a series of themed seasons, beginning with THIS IS PRIVATE which reflects on social media, surveillance and censorship. Each season features events featuring poetry, performance, talks, installations and debate. Of particular note this time around are:

On Armistice Sunday, 11 November, all female company, Fun in the Oven Theatre Collective will be at Blue Elephant Theatre in London with their physical comedy Canary. Set in a shell factory, the characters are based on the real life testimonies of the Canary Girls, First World War munitions workers whose work with toxic chemicals turned their skins bright yellow.

Coming up at HOME Manchester is a new production of Jean Genet’s The Maids. As they say in their blurb: “Well ahead of its time, The Maids explodes with modern ideas about sexual and political outcasts, the inequality of society and the idea of gender as performance.” On paper I’m not wholly sold on men playing all three roles, but no doubt it’ll be an interesting interpretation. Live art festival Compass will be in Leeds from 16 until 25 November. The festival includes Sarah Caputo and Brenda Unwin’s 1000 Handshakes, where casts of handshakes between strangers are collected; Alisa Oleva and Debbie Kent’s The Demolition Project which invites people to reshape Leeds with paper, a scalpel and imagination; Bethany Wells’ mobile wood-fired sauna and bucket shower installation WARMTH; and a documentary film of Rosana Cade’s Walking:Holding.

A relatively short one this month. See you in November!

Image one is a publicity photograph from Canary at the Blue Elephant Theatre by picturesbybish. It shows three women in blue overalls sitting in a small group. The woman in the centre lights lights a cigarette, watched by the woman on the right. They all have their hair pulled back. Behind them is darkness.

Image two is of The Demolition Project at Compass and is by Rocio Chacon. It shows three people poring over a large map on a table. They are writing things on yellow post-it notes and adding them to the map. Someone watches them from a little further back with her hand to her face. They are in daylight in what looks like an exhibition room.