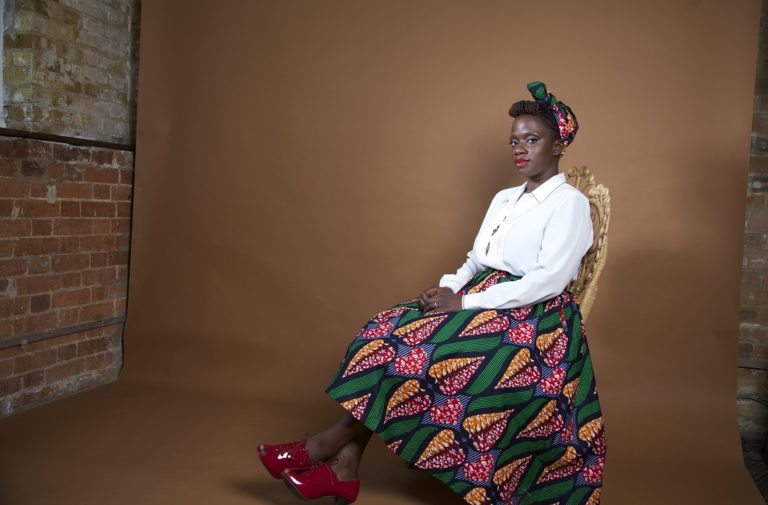 Welcome to this month’s stage blog. As always there are a few things making the most of International Women’s Day on 8 March, so let’s begin with a couple of them:

Ayo-Dele Edwards performs the premiere of her one-woman musical drama Becoming at Stratford Circus Arts Centre from 6 until 9 March. Emerging artist Ayo-Dele Edwards invites audiences to accompany her on a time-hopping, globe-trotting trip from the streets of her hometown Peckham to the south west Nigeria of her childhood as she begins the process of uncovering her past and cross-cultural heritage.

The Blood Tales, an experimental one-woman show, receives its UK premiere at the Chapel Playhouse Theatre in London on 8 March running until the 10. The show seeks to dispel the outdated views across the globe of shame, taboo and disgust towards women and menstrual cycles. It is inspired by a series of 13 poems written over three consecutive moon cycles. The Vault Festival continues in London. I still haven’t been, but if you’re going you could watch:

Dark comedy, The Ridiculous Darkness, runs at the Gate Theatre in London from tomorrow until 23 March. In this response to Heart of Darkness and Apocalypse Now, the cast will play multiple roles, shape shifting between two classical works to create a surreal deconstruction of our colonial narratives, and what we think is actually in the darkness.

A new gender-swapped version of The Taming of the Shrew written by trans playwright Jo Clifford is at Sherman Theatre, Cardiff from Thursday until 16 March (captioned on 14 March) and at The Tron, Glasgow from 20 until 30 March (BSL-interpreted and audio-described on 27 March, captioned on 28 March). I’m really interested in this statement from the writer: “I was asked to adapt The Taming of the Shrew way back at the beginning of my career. But I hated the bullying and the misogyny in the play so profoundly that I turned the commission down. It’s a huge joy to return to the play now and transform it from a queer perspective.” Gender-swapping The Taming of the Shrew is all the rage this spring; the RSC are at it too. The Marlborough Theatre and Attenborough Centre for The Creative Arts present a season of performance interrogating what it means for self-care to be an act of Radical Softness from 2 until 7 March. Radical Softness refers to the perception that emotional vulnerability can be forged into a political weapon and that power can be found in sharing our emotions. It’s about harnessing power in your vulnerability, about not shying away from your emotions and being proud to feel in a society which prioritises a lack of feeling.

The second series of Where’s The F In News launches on BBC Radio 4 on Thursday 7 March. Londoners can book audience tickets at RADA, Lilian Baylis Studio and Bush Hall for the 5, 12, 19 and 26 March recordings. Jo Bunting will return as host of the topical comedy show with a female panel taking news and events as a starting point for a series of challenges. Upcoming guests include Jo Brand and London Hughes.

The Space in east London’s new season includes female-led new work FFS! (A Feminist Fable Series), a night of bitesize plays, from 5 until 9 March; psychological thriller We Know Now Snowmen Exist from 19 until 23 March and The Wasp by Morgan Lloyd Malcolm from 23 until 27 April.

English Touring Theatre and Papatango Theatre’s The Funeral Director tours to the Traverse Theatre in Edinburgh from 7 until 9 March, Nottingham Playhouse from 14 until 16 March, North Wall in Oxford on 21 March and HOME in Manchester from 27 until 30 March. The Funeral Director is an incisive and heartfelt story of sexuality, gender and religion in 21st century UK.

There was so much buzz around Emilia at Shakespeare’s Globe last summer, I was really kicking myself for missing it. However we’re all getting a second chance! Morgan Lloyd Malcolm’s play runs at the Vaudeville Theatre in London from March 8 to June 15. See you there.

Queen Cunt Sacred or Profane? is described as a radical feminist character comedy, exploring society’s worship and disgust of the vagina. It is currently mid-tour and has still to visit the Marlborough Pub & Theatre in Brighton 9 March, the Bunker Theatre in London on 10 and 11 March and the Merlin Theatre in Frome on the 16 March.

And lastly while I’m writing I thought I should give a quick shout-out to Exeunt Magazine who I’m sure you all already read avidly anyway. To my mind they’re offering the most comprehensive and intelligent theatre commentary at the moment. Give ’em a read!

The feature image is from Becoming. It shows Ayo-Dele Edwards sitting on a chair in front of a pale brown photographer’s backcloth which is itself in front of a brick wall. She wears a brightly coloured full skirt and headscarf, a white blouse and shiny red shoes.

The first image in the text is of drag king troupe The Family Jewels performing. The central figure stands at the front of the stage with their arms thrown wide. They wear a suit, tie and hat. Either side of them are two other standing figures, each with their outside arm thrown upwards. Behind all three kneel two more people.

The second image within the text is by Joanna Stawnicka and is from Violence by FK Alexander, part of the Radical Softness season. FK Alexander is lying back against a mass of brightly coloured flowers. She holds a knife and what looks to be meat against her chest in her left hand. She has red lipstick and pink and black bold eyeshadow.