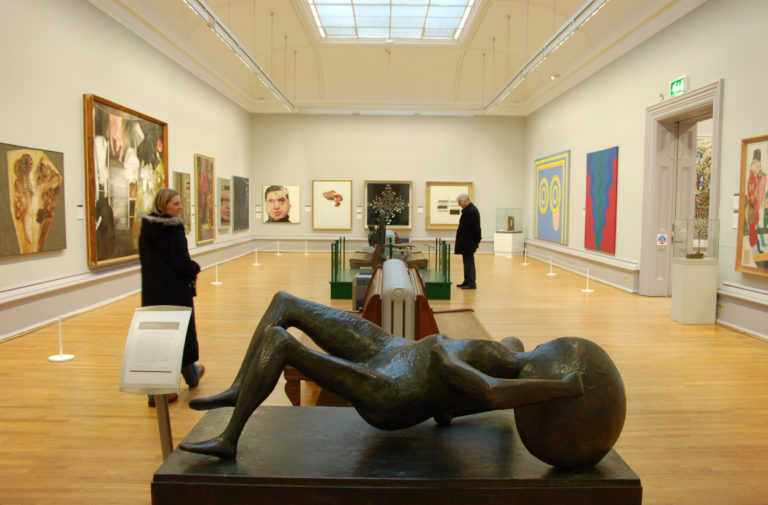 International Women’s Day: this week in art and archives

There is a huge amount going on this week in museums and galleries across the UK, mainly because of International Women’s Day on the 8 March. I’m going to post a broader round-up of exhibitions and events later in the month, but I thought I’d start with everything scheduled across the next seven days.

I’ve organised events by country, running roughly north to south. It’s a fairly comprehensive list, but it’s always worth checking your local museum to see if there’s something going on. If I’ve missed out anything you think should be included please drop me a comment below!

The Dundee Women’s Festival continues until the end of next week, with events including discussions with the artist Jill Skulina and a behind-the-scenes tour of “the women of the past” in the Dundee City Archives. In Edinburgh, The National Museum of Scotland is holding an event on 9 March discussing pioneering female Egyptologists.

The Down County Museum in Downpatrick is hosting a series of short talks to mark International Women’s Day on 8 March.

In Aberystwyth on 6 March the Aberystwyth Arts Centre is hosting 100 Welsh Women, an event looking at the important work of a variety of Welsh women.

Tredegar House is celebrating the lives of women who lived and worked there on 8 March. There’s also a special event in Cardiff at the St Fagans National Museum of History showcasing items in their collection relating to women’s suffrage. On 10 March, the National Waterfront Museum is hosting a discussion of Welsh Women in Science.

In Durham on 13 March, the Oriental Museum is holding a talk on female rulers in nineteenth-century East Asia. York Art Gallery is holding a series of talks on female artists in honour of International Women’s Day on 8 March. You can also attend a spotlight talk on the Vivienne Westwood exhibition on 7 March. In Leeds, the exhibition of Yoko Ono’s work finishes on 14 March. The Old Red Bus Station is holding a multi-media exhibition on the female gaze on 7 March; this is one of many events for International Women’s Day, including a women’s history workshop at Leeds Central Library on the 9 March titled From Munitions to #MeToo. The Brotherton Gallery is also celebrating 100 years of women in science on the 7 and 8 March. Other events include the Sex Positive Arts Market on the 9 March, and an opportunity to look at the “hidden histories of magic and witchcraft” through texts from Leeds University library on 14 March. In Bradford, an exhibition on Paralympic heritage is hosting a talk with Sally Hurst on 6 March.

At the Museum of Wigan Life, there’s a talk on 14 March on The Women who said ‘yes’!, discussing the 17 women who stood for Parliament in 1918. In Manchester, there’s a final chance to catch the Centenary City exhibition at the Pankhurst Centre which closes on the 10 March, with a special event on the 7 March launching a collection of female authors. There’s also a special tour of the People’s History Museum to celebrate International Women’s Day on 8 March, and a talk at the Whitworth on 12 March looking at Emma Hart, whose art combines ceramics with audio-visual media.

At Sudley House, Liverpool, the exhibition of the modelling career of June Duncan continues, with a talk by the Senior Curator on 6 March. There’s also a whole host of events for International Women’s Day, including a talk on women artists in the Walker on 8 March and a conference at Tate Liverpool on the influential female contemporaries of Fernand Léger on 13 March. Empress Jai is also giving two talks at the International Slavery Museum, on Nanny of the Maroons on 8 March and Mary Seacole on 9 March.

In Birmingham, the exhibition Women Power Protest, celebrating the work of a number of female artists, continues until 31 March, with a talk from a “historical perspective” on 9 March.

The exhibition at the Pitt Rivers Museum, Oxford celebrating the work of female anthropologists is finishing on 11 March. There are also talks about the painters Mary Cassatt and Cecilia Beaux and the biologist Lynn Margulis on 8 March, as well as a lecture on astrophysics and engaging girls in science on 6 March, a conference on Chinese women and contemporary art on 7 March and an opportunity to meet the curator of the Windrush exhibition at the Museum of Oxford on 9 March.

In Norwich there’s a talk on the Norwich suffragette Miriam Pratt on 9 March at Norwich Castle. In Cambridge, Kettle’s Yard has a whole host of events on 9 March, including curator’s tours of the Louise Borgeois exhibition and talks from the archivist on female artists in their collection. A panel discussion on the art of Louise Borgeois is also running on 13 March.

On 7 March: a tour of the “women of the Royal Academy”. On 12 March: a talk on Perdita Robinson, the “English Sappho”, at the Wallace Collection, and a talk on the V&A Dior exhibition for the visually impaired.

O N C A’s exhibition in Brighton for International Women’s Day, Desire and Resistance, is curated by “visual activist and fugitive feminist” Susuana Amoah and runs until 17 March. There are a number of tie-in events, including the launch on 6 March and a presentation from ‘Wellbeing, Ecology, Gender and Community’ on 14 March.

In Southampton, there’s a curator’s talk at Southampton City Art Gallery on the work of women’s artists in their collection on 9 March. A baby-friendly curator talk on women artists in the Royal Albert Memorial Museum, Exeter, is taking place on 7 March. KARST at Plymouth is featuring a series of female artists under the title fig-futures, with each exhibition running for a week in March.

To finish, I want to say explicitly that I am fully committed to The F-Word’s position on inclusivity and access as set out here. Nothing has emerged from my brief research in compiling this post, but if any of the artists or institutions above hold problematic views in contrast to this stance please do let me know and I’ll be happy to alter accordingly.

Feature image cropped from Paul Stevenson’s photo used with permission via Flickr. This shows a room in an art gallery, with paintings along the walls and a large sculpture by Henry Moore in the foreground. First insert photo adapted from publicity still from Birmingham Museum and Gallery’s official Facebook page. This shows two women standing in a gallery in front of two paintings by Claudette Johnson, as featured in their exhibition ‘Women Power Protest’. Second insert photo by James F., used with permission via Wikimedia Commons. This shows the exterior of the National Gallery, London, from head on, with people milling on the steps.