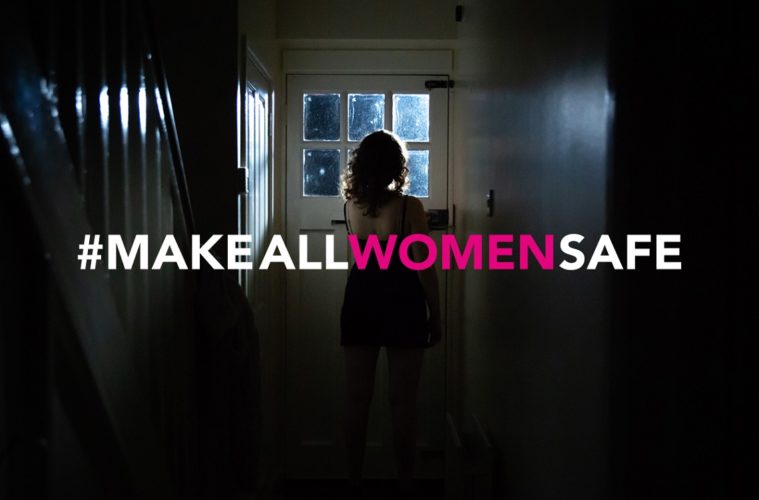 Three women are discussing their jobs. They moan about their boss and the stresses and strains of their work and laugh about the characters they encounter and the comic moments.

One says that the best thing about her job is joking around with her mates. The other two bemoan the fact that they spend their working day alone. The housing worker, who works with 12 vulnerable adults, talks about the most recent time when one of the men got aggressive with her. She describes the security measures the management has put in place: CCTV, a fast response system with colleagues in a nearby site and a panic button that she wears around her neck at all times that goes off if her heart stops beating. The sex worker talks about the last time she had an aggressive client. He paid for the service and then started giving her grief demanding his money back. He was physically stronger than her. The only way she could de-escalate the situation was to give him the money and manoeuvre him out of the door, trying as she did to calm her pounding heart.

The big difference between these two women is that for the sex worker, while her job is perfectly legal, if she works with another woman, her workplace is labelled a brothel and she risks being charged with an offence carrying a sentence of up to seven years in prison. This forces women to choose between safety and risking arrest – a choice no woman should have to make.

It’s the same for women working on the street. Most would prefer to work in close proximity to each other, but if they do they attract attention from the police and can be charged with soliciting. Women are prevented from using even the most basic security measures such as asking a friend to record licence plates, working in well-light areas with CCTV, sharing information about aggressive men or taking time to screen clients by, for example, ensuring there are no hidden passengers, or settling the terms of the transaction before getting into a car.

It is this raging injustice that a new campaign #makeallwomensafe is trying to address. Its short film, directed by Charlotte Regan and featuring actor Lyndsey Marshal, leads people to a petition calling for the government to decriminalise sex workers on the street and together in premises. Comedian Sara Pascoe and actor Sarah Solemani have already supported the campaign; 100,000 signatures would trigger a debate in Parliament.

The campaign highlights little-known facts. Not a lot of people, for example, know that it’s not illegal to be a sex worker. It also sidesteps some of the moral objections to prostitution put forward most prominently by what the Guardian has described as an “unlikely union of evangelical Christians and feminist campaigners”. It avoids any debate about whether sex work is work or “inherently abusive”. For those who ask “what about trafficking”, there is a simple answer: “there’s a law against that.”

Most sex workers are mothers supporting their families. Austerity cuts, 86% of which have targeted women, have increased prostitution with charity workers in Hull reporting seeing “ …women who are literally starving and are out there to feed themselves”. Any moral objections to sex work should surely be focused on a government which impoverishes women and then criminalises us for the ways we find to survive. Criminal records trap women in prostitution.

One woman picked up in a police raid describes the impact:

I couldn’t work with vulnerable people, I couldn’t work in care homes because they all require a criminal record check. So what was a little job that just helped me pay back the debts I got from drama school, turned into a full-time career.

In 2017, the prestigious Home Affairs Committee ran an Inquiry into prostitution and recommended that the government “change existing legislation so that soliciting is no longer an offence and so that brothel-keeping provisions allow sex workers to share premises”. The #makeallwomensafe petition demands just that. Evidence from New Zealand, which decriminalised prostitution in 2003, shows verifiable improvements in sex workers’ safety and health. Over 90% of sex workers said they had legal, health and safety rights; 64.8% found it easier to refuse clients – a key marker of exploitation – and 70% were more likely to report incidents of violence to the police.

Sex workers are desperate for change. Over 180 women have been killed since 1990. Thousands each year are raided, arrested and prosecuted for working together with a friend. We are negotiating for our safety with one hand tied behind our back because the law places us in danger. One woman in our group said recently that every time she answers the door to a client, “I should not have to wonder whether this is going to be the last person I ever speak to.” Help us #makeallwomensafe and sign the petition: http://bit.ly/makeallwomensafe.

The feature image is a still from the #makeallwomensafe film. It shows a woman in a very short black dress or slip just about to open a front door to a hallway. The hallway is very shadowy with most of the light coming through the windows in the door. Across the image are the words “#MAKEALLWOMENSAFE”.

The image in the text shows protesters at the Women’s Strike that took place on 8 March 2019. They hold banners saying things like “STRIKE 4 DECRIMINALISATION OF SEX WORK”.