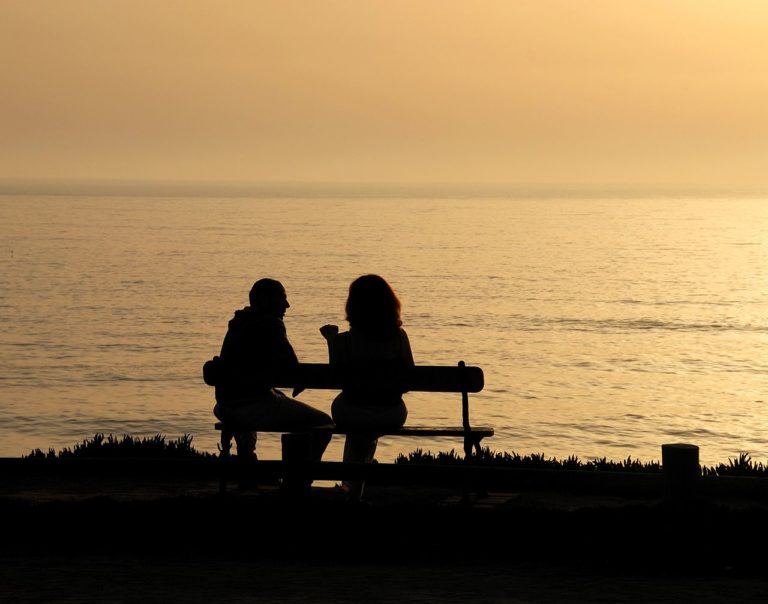 Why we should be teaching everyone about periods

Though long gone are the days of the awkward instructional videos from the 50s in which young girls were taught the bare minimum about their bodies, education and awareness surrounding women’s health still has a long way to go. Just last year, for example, there was a controversy surrounding advertisers’ reluctance to use red dye in sanitary towel adverts.

Across the world, many women are shamed for having their periods, leading them to hide tampons up their sleeve when going to the bathroom or making sure no one sees their blood-stained towels or clothes, but this shame comes in a variety of other forms. The taboo surrounding periods stems from the misogynistic idea that menstruation is dirty and shameful or even that menstruating bodies do not function properly.

Even as someone who advocates for open communication regarding periods, I still sometimes find it hard to walk the walk. I’m the first to tell my male boss that I’m “just tired” when I come to work on my period suffering from period pains and lethargy. It seems that often when it comes to the men in our lives there can still be a temptation to brush period talk under the carpet, even though it’s something that almost all women will go through on a regular basis for a large portion of our lives.

At first glance, it may not make much sense to make men an active part of the conversation regarding our periods. After all, most men do not have periods and this education does not affect them on a personal, physical level. However, including those who don’t have periods in menstrual education is less about whether it concerns them on a physical level, and more about making an effort to create a broad, collective understanding of what it means to menstruate. Excluding people from these topics and discussions only makes it more difficult to destigmatise the concept of menstruation in the long run. It also instils in children the idea it’s only women who menstruate.

Of all the details I have forgotten about my experiences when starting my period, there is one specific detail that does still stand out after all this time. Not one boy was present in my class when we girls were pulled aside and given the “puberty talk”.

Lacking the knowledge I have now, it didn’t occur to me that I was being conditioned to see my period as a secret that had nothing to do with men. Talking to my female friends about anything period-related was hard enough. The thought of ever discussing these things with any of my male friends was horrifying.

Over half of women and girls feel embarrassed by their periods

Unfortunately, these feelings are still far too common among girls who are going through puberty. In a survey of 1,000 women and girls aged 14 to 21, the charity Plan International UK, over half of them reported that they felt embarrassed by their periods. Some even cited having been bullied by the boys in their class when they went out to buy period products.

By targeting menstrual education purely towards girls, boys are not given the tools with which to empathise or understand what their friends, family members and co-workers experience on a regular basis. This lack of empathy is something that all of us have felt at one time or another, whether it is at work or among our nearest and dearest.

Empathy in the workplace

The silence that I learnt from my school experiences carried through into my professional life. The only time I have had to leave work because of period pains, I simply told my boss that I was feeling sick and he sent me home without a second thought. I was scared that if he knew the real reason I couldn’t stay at work, he might not be so understanding. It seems that I’m not alone, in one poll 18% of US women reported having done the same.

In recent years, especially overseas, menstrual leave has become incorporated in some industries and companies in order to allow women time off without it affecting their sick pay or holiday allowance. However, menstrual leave doesn’t always work as well in practice as it is intended to do.

Many male employers fail to take menstrual leave seriously because they do not understand how the symptoms of menstruation can impact a someone’s daily tasks. In fact, even in countries where menstrual leave is currently available, many women do not make use of it for fear that it may impact their jobs later down the line.

For me, the biggest hurdle to overcome throughout my professional life has been a lack of sanitary bins in the workplace, especially during times when I was the only woman in a very small team.

Though most workplaces do adhere to the legal requirements expected of them with regards to sanitary bins, it is still far too common for employers to simply be unaware of their responsibilities, largely because they were never educated about menstrual products.

Toilets that have sinks in convenient places for rinsing menstrual cups such as the Mooncup or Lunette would also be useful in workplaces and public areas. Employers that provide menstrual products along with soap, toilet roll and free coffee are sadly still too few and far between.

These changes won’t happen overnight, but it is clear that, given that some male managers have, for example, mistaken a tampon for a sex toy, we still have a long way to go in terms of educating everyone about periods.

Teaching all children about periods doesn’t just benefit those who menstruate in the professional environment. It can help to improve our personal relationships too. I’ve often felt that I’ve needed to tiptoe around a new boyfriend while I’m on my period so they didn’t feel uncomfortable.

Though plenty of men, especially those raised in women-dominated households, are likely to be more understanding towards their menstruating partners, it is still far more common for men to dismiss their girlfriends’ feelings as them acting “hormonal”. This is only made worse for those women who genuinely suffer from mood swings (or PMS) during menstruation and feel as though they are not being heard or understood. Even less understood and accepted is Premenstrual Dysphoric Disorder (PMDD), a severe form of PMS whose symptoms include depression, anxiety and sometimes suicidal thoughts.

PMS and PMDD are not the only period-related conditions.Endometriosis, a chronic and debilitating condition that causes painful and/or heavy periods, takes an average of seven years for doctors to diagnose from the first appointment. PMDD, on the other hand, is rarely even diagnosed at all. Due in part to the male-dominated nature of medicine, women’s health remains under-researched… It can also make women feel uncomfortable discussing their gynaecological issues with male doctors.

Periods can be a difficult topic to approach for any parent, and fathers in particular may find it difficult to initiate these discussions with their children. The recent Pads4Dads campaign led by Michael Sheen shows how many fathers are still absent from their children’s’ menstrual education.

As far as I can remember, I didn’t have a single conversation with my dad about my period when I was growing up. Many men would likely rather hand the baton over to the female members of the family because of a lack of knowledge or personal experience on their part.

However, fathers don’t necessarily have to have lived experience in order to openly talk to their children about their personal experiences and what they can expect. Though it’s likely that mothers, sisters or aunts will be the more obvious choice for any practical tips, it’s important that fathers take an active role in these matters to teach their children that having a period is not something that they need to keep secret.

This is saying nothing, of course, about families where there may not be any close women family members. No matter what their gender, parents should be equipped to answer any questions as best they can, and this simply isn’t possible if men are not informed about women’s health.

The fact of the matter is that menstrual stigma and taboos thrive because of a lack of education and awareness. Just like any other concept with which we are unfamiliar, the less we are exposed to it, the less empathy we have with it, and the more likely we are to react negatively when exposed to it later on.

Though periods may not affect most men on a physical level, their lack of awareness affects women who do menstruate directly, and contributes to the notion that periods should have secret status, rather than being an everyday part of life for half the world’s population. In taking part in menstrual education, it is possible to create communication, greater empathy and a deeper understanding between people.

This shows a man and a woman talking on a bench with a sunset in the background.

This article was edited on 1 April 2019 to include more inclusive language.