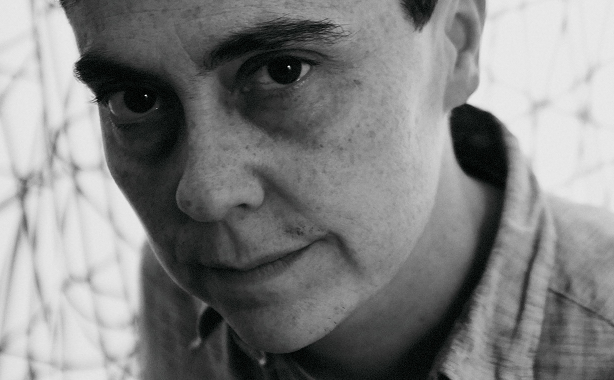 It’s a winter evening in 1993. Snow is piled up outside an Iowa City apartment as Paul Polydoris seeks that ever-elusive hitting-the-right-note outfit. Page one’s mentions of black vinyl pants, sequined shirts and a self-righteous meditating roommate called Christopher introduce me to the queer and wonderful world of Paul Takes the Form of a Mortal Girl. By page two, I’m invested.

Paul Takes the Form of a Mortal Girl is Andrea Lawlor’s long-in-the-making debut. Their protagonist, Paul, is a queer theory student in his early twenties. He works in the town’s gay bar and rarely calls his mother. He has a lesbian best friend called Jane and an inclination towards petty theft. He’s a loveable rogue. A witty companion. He’s also a shape-shifter.

Paul can change his body and sex at will, acquiring and abandoning different genitals depending on his mood and company. The skill affords him some privileges. Having lived with a penis for most of his life he manages to blag entry to the exclusive Michigan Womyn’s Music Festival where he meets his first girlfriend, radical feminist animal rights supporter, Diane. In any given sexual encounter he can expand or shrink his bulges and bumps to suit the situation. Some might freak out at the discovery of their own body’s superpowers but Paul (also known as Polly when he’s sporting breasts and a vulva) just rolls with it. It’s his special secret. Sex and gender are thematic strands that run deep through this novel but the work expands beyond these areas on so many counts. The fashion references in the opening pages are the first of several aesthetic nods which form a unique kind of social commentary, at once subversive, conversational and hilarious. When writing in his self-assigned professor outfit ‘fashion log’ during a lecture, Paul notes:

The outlier medievalists were usually Marxists of course, and Marxists or queers in any period shot to the top. Paul didn’t trust anyone in the sciences – hard or soft – to dress themselves, and he had the data to make the argument. This was the gift of the gen ed requirements, Paul thought: exposure to so many different aesthetics.

Gems like that one litter the book and mark Lawlor as a brilliantly astute writer. Thanks to their ability to pair biting social observation with succinct and careful prose, the novel reads like a cult classic from the beginning. No archetype of queer culture escapes Paul’s merciless commentary:

A femme with long hair wouldn’t register in a quick scan, unless of course she was high-femme, picking her way down Valencia at 10am in heels and dark lipstick carrying a shopping bag of performance art supplies … To wit: baggy 501s = butch, whereas baggy overalls = femme. A crew cut = butch, a crew cut with ten or twelve silver hoops piercing the top on one ear = femme.

Paul’s analysis of identity symbols in fashion goes hand in hand with the novel’s frequent references to high-brow theorists. Lawlor makes light fun of the pretensions that come with intelligentsia social observation with quips like:

‘Barthes was really into wrestlers,’ said Paul, although Jane had not been talking about wrestling.

‘I know,’ Jane said. ‘Everybody knows that, Paul.’

The book is filled with references like this one alongside allusions to the music, literature and bar culture of the 1990s but somehow it never feels laboured. Lawlor manages to pull off the often impossible task of creating an authentic time and place without overdoing the name drops. What makes it even more impressive is the way they create a sense of Paul as a character who sometimes does rely too heavily on the cultural references he has to hand. To achieve this in a character without making it seem an indelicacy of the author’s work is a sign of deft writing. Lawlor hits every note.

While the sharpness of the observations bring punches of humour to each chapter, they alone would not be sufficient in building a holistically accomplished work. While many episodes in the story are funny, Lawlor does not shy away from the issues of the time and particularly the issues that faced queer communities in ‘90s America, including the AIDS epidemic. Intersections of homophobia, sexism and racism are explored at various points. In response to his girlfriend’s veganism, Paul muses over animal rights issues:

He wondered if it was wrong to test AIDS drugs on animals. He remembered one thin whiskery ACT UP guy he’d met at a gay bar in the Village who’d lectured him about Americans and how the cared more about animals than gay people.

Thoughts like this are often fleeting but they situate Paul in a very specific time and place and give readers an insight into the dilemmas of the era, many of which are just as prevalent now. It’s a story simmering with channeled rage that could be mistaken for eye-rolling cynicism if glanced over too quickly.

All of the social commentary, wit, queer reference and observation is tied together by Paul himself. He traverses the US from New York to Iowa City to Michigan, Provincetown, and eventually, San Francisco. His meandering journey takes the form of some kind of alternative, inconclusive bildungsroman on acid. It shouldn’t work but it does.

In spite of his adventurous nature, Paul is not a strictly likable character. He can be narcissistic and selfish and seems to think that everyone else is orbiting around his axis. But he’s also loveable. Lawlor opens up all of his naiveties and hopes, insecurities and past secrets so that we see him whole and vulnerable, his internal monologue exposing his humanity at every chance. The novel charts Paul jumping haphazardly from one desire to the next without much rhyme or reason but by the end, it seems there is a transcending want which overrides the rest. It’s unclear what this is but there’s a feeling that Paul is looking for something. Whatever it is remains ambiguous, like much else in the novel. Some readers will find this ambiguity frustrating, but I didn’t. I only hope that the Pauls of this world find what they’re looking for.

The first image is a headshot of Andrea Lawlor in black and white. The second image is the book cover which is pink with a greyscale close up image of a face.