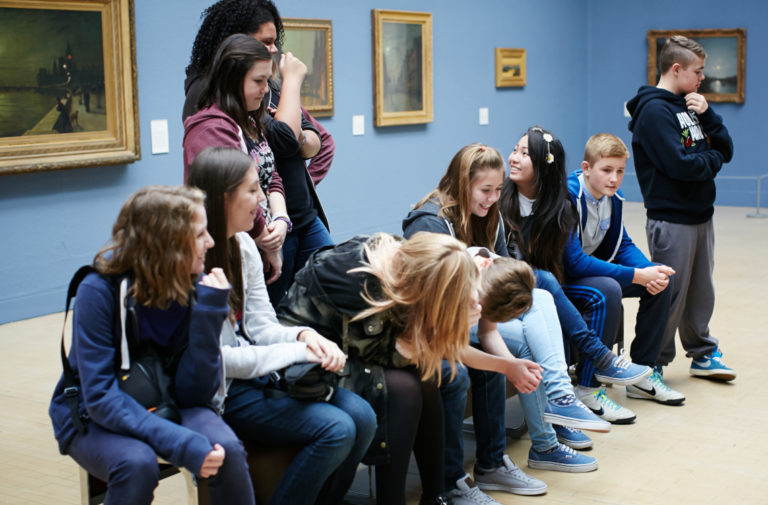 The F-Word’s museums and galleries round-up: August and September 2019

Welcome to the latest round-up covering UK museums and galleries for August and September! I’ve grouped things regionally running north to south so you can jump straight to the section that’s local to you. If I’ve missed out anything you think should be included, please do drop me a comment. I haven’t had the chance to see many of these exhibitions; if you have a response to or review of one, let me know. Treasure by Dr Stacey Hunter in Aberdeen explores the impression Japanese design culture made during her residency there. The life of Flora Macdonald is explored from a female perspective in an exhibition in Perth, while Every Thought There Ever Was in Arbroath uses digital animation, robotics, film, drawing and sound design to create “a complex and layered environment that explores a world experienced differently”.

In Edinburgh, the Royal Society explores Women in Science in Scotland all this month. It’s the final few weeks of the exhibitions on Jacqueline Ryan’s intricate jewellery and Hilary Mayo’s ceramics (pictured right), while the intricate optical art of Bridget Riley is on display until September. Dragana Jurišić is giving a talk on 23 August, and there’s a conference on women collectors at the end of September.

Both Ann Bridges’ colourful prints and Elisabetta Benassi’s ceramic installation are on display in Llandudno. The exhibition of collaborative Merched Chwarel finishes soon in Bangor, combing the quarries of North Wales “in search for traces of women’s footsteps”. Barbara Cole’s exploration of the ‘sea gold’ gathered by beachcombers also finishes this month in Aberystwyth.

The National Botanic Garden of Wales, Llanarthe, is exhibiting Annette Townshend’s intricate wax sculptures and copper drawings of the natural world. In Swansea, the exhibition on the often-overlooked wife of Ceri Richards, Frances, finishes on 1 September.

Maggie: A Family History explores the life of nineteenth-century Maggie Scott and her family in Larne until 24 August. In Belfast, you can meet the curator of Making Her Mark, an exhibition of the work of women print artists, at the end of September. Sexuality and gender are the focus of an LGBTQ+ tour of Hillsborough Castle on 31 August and 28 September.

Actress Bunty Turner is the subject of an exhibition in Armagh, and Nikkita Morgan is offering an embroidery workshop exploring Brexit on 15 September in Derrylin. Heather Ross’ audio installation opens in late September in Newcastle, where there’s also a talk on entrepreneurial women in the Victorian era on 10 September. In York, Sounds Like Her, which brings together the work of seven female artists, finishes on 15 September, with a curator’s talk on 21 August.

September marks the end of Queens of Industry in Leeds. The Vote Before The Vote explores predecessors to the Suffragettes, with a curator’s talk on 29 August. There’s a talk on ‘living with the Brontës’ on 13 September, and another on people power in Leeds on 19 September. Putting Down Roots by Hannah Merrill launches in late August, exploring the image of the tree in reused materials. It’s the final few weeks of the exhibition of Nika Neelova’s sculpture, with the artist in conversation on 21 August. Yorkshire Sculpture International, exploring the breadth of contemporary sculpture and featuring several female artists, is also on display until late September at Leeds Art Gallery.

An exhibition on female fisherwomen opens on 24 August in Hull. The feature exhibition on Victoria Wood in Bury finishes on 7 September, with a curator’s tour on 23 August. There’s an artist’s workshop on 28 August in Manchester with artist Aliyah Hussain to accompany her exhibition exploring language (pictured left), which finishes next month. There’s also only a couple of weeks left to hang out with a LEGO Suffragette at the People’s Museum. The retrospective on pioneering film-maker Lis Rhodes finishes in Nottingham this month, with a final specialist walkthrough on 28 August. Men, Woman and Things, an exhibition on portraits in the Portland Collection, opens on 14 September, when there’s also a talk on the tableware collection of Margaret Duchess of Portland. In Leicester, the Journeys Festival is running for a week in late August, featuring the art of Mei Yuk Wong (with an artist’s talk on 24 August) and Miriam Beam’s sound installation. Collette Raynor’s exhibition exploring animation and the construction of fictional narratives finishes at the end of August, while a retrospective of Lucy Jones’ paintings continues until October.

In Birmingham, it’s the final few weeks of the exhibition exploring the life of Lady Barber, founder of the Barber Institute. The exhibition of artist in residence Kateřina Šedá’s work on canals and community is opening in September, with an artist’s talk on 25 September. Julia Snowdin is discussing becoming a digital artist on 12 September in Coventry. There’s a curator’s talk on 19 September on the exhibition on Paula Rego in Milton Keynes (pictured right), which explores moral challenges to humanity, particularly in the face of violence, gender discrimination and political tyranny. It’s the final few weeks of the exhibition of Claudette Johnson’s vivid paintings in Oxford.

Katie Paterson’s interactive artwork First There Is A Mountain reaches Great Yarmouth on 22 September. An exhibition in Norwich on Nobel Laureate Doris Lessing opens in September, with a talk by close friend Margaret Drabble on 12 September and a curator’s tour on 19 September. The exhibition on photographer Olive Edis ends next month in Thetford, and there’s a talk in Cambridge on 10 September on the ceramic art of Jennifer Lee, currently on display at Kettle’s Yard.

It’s the final few weeks of a number of exhibitions across the capital. The exhibition on Natalia Goncharova, a leader of the Russian avant garde movement, is finishing at the Tate Modern. The work of pioneer of abstract expressionism Lee Krasner is on display at the Barbican until early September, with a curator’s tour on 22 August.

There’s a final chance to catch a curator’s tour of the Faith Ringold exhibition at the Serpentine on 7 September. The Politics of Pleasure is a series of Black feminist programmes exploring pleasure as a politics of refusal; it finishes at ICA early next month. Kiss My Genders, which explores gender expression and identity, is finishing on 8 September.

In photography, the major retrospective of Cindy Sherman finishes on 15 September, focusing on the artist’s manipulation of her image. Water Life, opening in late September, engages with issues of water scarcity and ecological emergency, exploring ideas of representation, gender and social justice.

Further out from the centre, Nahoko Kojima is in conversation on 28 August to discuss her eight-metre long paper crocodile, which is on display at Dulwich Picture Gallery until early September. A talk show on 30 August reflects on Liz Johnson’s exhibition at South London Gallery, finishing at the end of the month.

Finally, in women’s history, the exhibition on the printmaking, photography and community activism at Lenthall Road Workshop in Hackney finishes this month, as does the exhibition considering the history of women’s football at the British Library. Rise of the Lionesses, exploring the changing role of women in the British Army through the lens of the Women’s Royal Army Corps, continues until October, with a talk on the Women’s Army Auxiliary Corps in France on 6 September. Events in August include:

In Bristol, an exhibition of contemporary stained glass exploring sacred geometry opens in September; there’s also a talk on women in trade on 31 August. In Bath, the exhibition on illustrator Lauren Childs finishes on 8 September. The Royal Mint is also hosting a talk on Queen Victoria on 26 September.

There’s an opportunity to meet the artists behind the collaborative exhibition Putting Ourselves in the Picture in Brighton on 22 August.

In Plymouth, The Journey of A Drop explores the properties of liquid for a fortnight in late August; Tribute to Biba looks at the fusion of art and fashion by the 1960s label. It’s the final few weeks of the exhibition on abstract artist Huguette Caland at St Ives, to be replaced by From Where I Stand, Otobong Nkanga’s exploration of the politics of land and its relationship to the body; the artist herself is in conversation on 21 September.

On Jersey, Shipwrecked by Jane James combines ceramics with driftwood; her work is also featured in All Washed Up 2, which brings together a number of local artists.