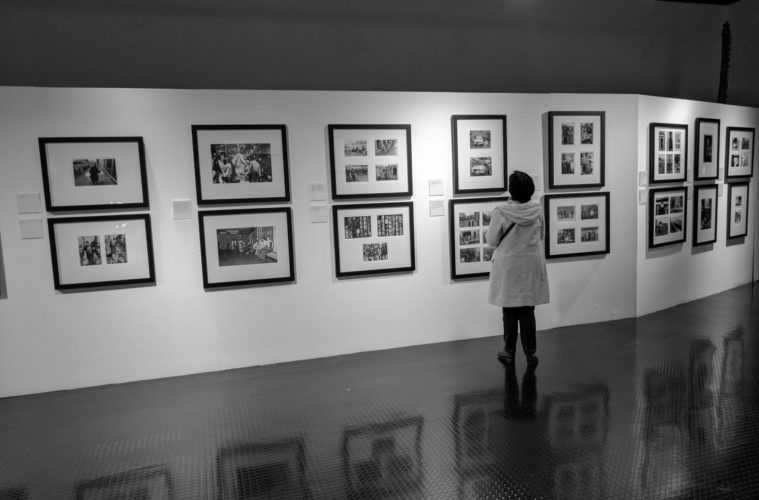 The F-Word’s museums and galleries round-up: September and October 2019

Welcome to the latest round-up covering UK museums and galleries for September and October! I’ve grouped things regionally running north to south so you can jump straight to the section that’s best for you. I haven’t had the chance to see many of these exhibitions; if you have a review of one, let me know! Nicola Chambury explores landscape and place in her exhibition near Aberdeen, while Every Thought There Ever Was considers brain function and schizophrenia near Arbroath. In Dundee, illustrator Catherine Rayner is hosting sessions on creating characters and using illustration on 19 October, and Alberta Whittle’s exhibition at Dundee Contemporary Arts explores the role of colonialism in history. In Perth, the exhibition on Flora Macdonald (known for helping Bonnie Prince Charlie) finishes in October.

It’s the final month of Body Beautiful: Diversity on the Catwalk in Edinburgh, where Tina Holley’s watercolours are on display at the Botanical Garden. Katie Paterson’s exhibition (pictured right) exploring time and space opens in late October, with the artist in conversation on 26 October. In women’s history, there’s a talk on Mary Queen of Scots’ rooms on 2 October and another on the Edinburgh Seven on 3 October.

The retrospective of Linda McCartney’s photography continues in Glasgow, with a curator’s talk on 26 October and a tie-in tour on 29 October on Victorian pioneer Anna Atkins. Both Five Surfaces All White, Grace Schwindt’s exploration of societal structures, and Ilana Halperin’s ‘mineral biography’ of New York, finish on 13 October.

October is the final month of the exhibition on Mary Queen of Scots on the Isle of Bute. In Galashiel, Dirty Earth explores self-expression in clay, while The Wonders of Wool features Ann Smith’s feltwork of Scottish landscapes.

Ann Bridges’ exhibition of sketchbooks from her travels in India finishes soon in Llandudno, where Elisabetta Benassi’s terracotta installation continues until October. The display on Elizabeth Morgan’s garden archives finishes in November in Bangor. Ruth Koffer’s sketches for Birmingham Buddhist Centre are now on display near Aberystwyth.

Making Her Mark, exploring the input of women artists on the print industry in Belfast, finishes on 20 October, with a curator’s talk on 26 September. All the Better to Hear You With opens this weekend in Newcastle, exploring the written expressions of sound. Two exhibitions open in October, Play Rebellion, encouraging visitors to come together through play, and Our Histories Cling To Us (pictured left), exploring identity, race and culture.

It’s the final month of Queens of Industry in Leeds. Lesley Birch’s exhibition of “wild shores and mysterious forests” closes in October, while Life in the Dales showcases Janet Rawlins’ landscapes in fabric collage and watercolour until November. Bone Fire is a series of photographs of “unlit bonfires and their teenage guardians”, opening in October.

Women Artists: Act 1 opens this weekend at the Cartwright Hall Gallery in Bradford, exhibiting the work of female artists in their collection. The exhibition on fisherwomen in Hull finishes in October.

It’s the final few weeks of both Beyond Faith: Muslim Women Artists Today and Jallianwala Bagh (featuring the work of the Singh Twins) in Manchester. Elizabeth Price’s exhibition opens next week, considering technology, history, politics and pop music; Cui Jie’s paintings, fusing the real with the imaginary, are on display from late October.

There are also a number of one-off events:

In Liverpool, there’s a talk on women and activism on 28 October. An English Lady’s Wardrobe, opening on 25 October, explores outfits owned by Emily Tine. Ghost Horses and Guns opens next month in Nottingham, exploring forgotten spaces between urban and rural landscapes. Architect Ines Weizman is giving a talk on the Bauhaus on 5 October, and Cathy Lesurf is discussing the nineteenth-century bluestocking Susanna Watts on 12 October.

The 100 First Women Portraits are now on display in Leicester, where painter Lucy Jones’ retrospective finishes on 6 October. In Leamington Spa, the exhibition of photographer Diane Arbus is now open. Kiki Smith is giving a talk on 26 September in Oxford in advance of her exhibition opening at the end of the month, with tours on 18 and 24 October. Amy Richard’s textile art is now on display, with the artist in conversation on 28 September. Can You Say That Again? opens next month, with artist Kulsuma Monica Khatoon in conversation on 12 October, discussing the relationship between sight and sound and how “deaf gain” applies to the creation of artwork.

In Norwich, sculptor Magdalene Odundo is discussing her exhibition (pictured right) on 10 October. Writers Rachel Cusk, Lara Feigel and Emma Claire Sweeney are in conversation on 26 October to accompany the exhibition on Doris Lessing. There’s also a talk on the history of witches on 23 October. In Cambridge, there’s an opportunity to meet artists Sarah Wood (10 October), Alexandra Baraitser (17 October) and Rosanna Greaves (26 October), each discussing their part in The Cambridge Show.

The first ever major exhibition focusing on the female Pre-Raphaelites opens on 17 October. The free display on the first female member of the Royal Academy, Laura Knight, is now open, with curators’ talks on 26 and 27 September. A free display on pioneering Victorian artist Käthe Kollwitz is also now open, with tours on 25 September and 18 October, and a round-table on 18 October.

In contemporary art, it’s the final month of Luchita Hurtado’s retrospective. Elizabeth Peyton: Aire and Angels opens on 3 October at the National Portrait Gallery, with a curator’s tour on 25 October. In photography, Water Life (finishing on 20 October) considers representation, gender and social justice, while I Came Apart at the Seams combines photography with sculpture to explore imagination and constructive anger. In history, there’s a curator’s tour of Rise of the Lionesses on 4 October, exploring the changing role of women in the British Army. The only surviving dress of Elizabeth I is on display at Hampton Court from October.

Talks in September include:

It’s a busy October, with talks:

It’s a busy period in Bristol, with two new exhibitions opening on 28 September: Test Space considers the “limits of sight and site”, and Day Craving Night explores “the precarious nature of love in a world obsessed with individualism”, with the artist in conversation on 24 October. The exhibition celebrating the contributions of women at Sudeley Castle is running all September. Still I Rise is a collaborative display highlighting the experiences of women and celebrating their triumphs.

In Bath, Box of Delights is now open, with tours with the artist on 2 October and 23 October. There’s a talk on Queen Victoria at the Royal Mint on 26 September, and another on the ‘accidental feminists’ of Bath on 2 October. The work of ceramicist in residence Emilie Taylor is now on display at the Somerset Rural Life museum.

Lindsay Seers’ VR art is on display in Brighton. On the Isle of Wight, the exhibition of Vija Celmins’ photo-realistic paintings is now open.

In St Ives, Otobong Nkanga’s exhibition explores the politics of land and its relationship to the body, with a curator’s tour on 23 October. A Tale Of Mother’s Bones opens in October in Newlyn, featuring paintings and drawings paired with psychoanalysis.