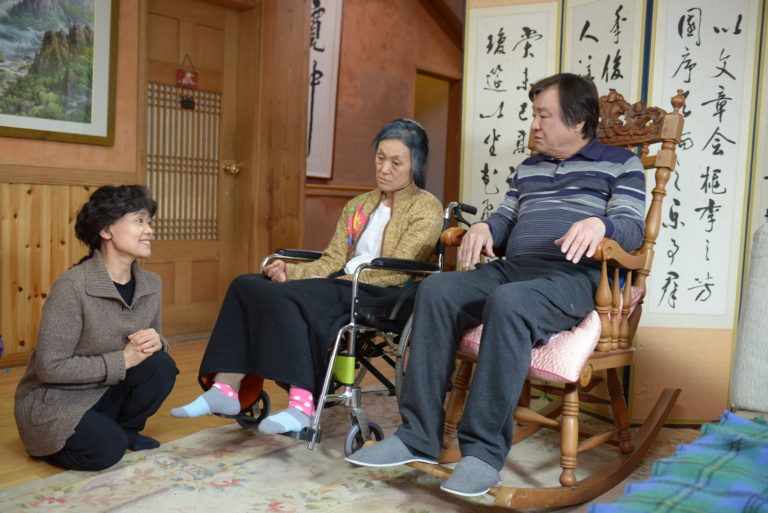 The 14th London Korean Film Festival (LKFF) is returning to London between 1 and 14 November (and the UK tour follows 18-24 November), celebrating the historic milestone of 100 years of Korean cinema. For the third time in its history, the festival includes Women’s Voices strand which was my honour and pleasure to co-programme this year. We are bringing to the UK audiences four feature-length films by Korean women filmmakers that already made waves at the Seoul International Women’s Film Festival, Busan IFF and IDFA in Amsterdam. In keeping with much of contemporary Korean independent cinema, social issues constitute the backdrop to many stories presented here, from financial hardship and housing crisis to different social taboos. While Jeon Go-woon’s Microhabitat (2017) that opened the Festival last year gave us a compelling portrait of young adulthood, many of this year’s protagonists are younger and the films emphasise the relationships they form with their siblings, friends and parents as they grow up, building their identity. At a time when young activists like Greta Thunberg are leading the way to tackle most pressing global issues, shining a spotlight on the younger generation and family life is both appropriate and necessary.

Cha Sung-duk’s Youngju (2018) packs an emotional punch in the shadow of societal stigma experienced by Korean children growing up without parents or in single-parent families. The relationship between orphaned siblings is distorted as older Youngju needs to step up and take responsibility for her younger troublesome brother Youngin. Youngju finds a full family substitute in the most unlikely place, but the film does not offer a happy ending to her story. Although two young leads in Ahn Ju-young’s A Boy and Sungreen (2018) are each raised by a single parent, the film’s approach to the psychological and social consequences of this is markedly lighter. Clumsy boy Bohee embarks on a comedy search for his father aided by his best friend, the girl called Nokyang. The adolescent romance blooming between the two works further to soften the harsh reality of being abandoned as a child.

The long-lost parent pursued in Yukiko (2018), an accomplished first-person documentary by Noh Young Sun, is not the filmmaker’s but her mother’s. Noh tries to find traces of her Japanese grandmother whom her own mother never knew as soon after giving birth to her daughter she had left Korea for her home country, never to return. Filling the gap left by her grandmother, the filmmaker, now based in France, reflects on her separation from her own mother as history seems to be repeating itself. The free screening, followed by an extended Q&A with the filmmaker, will take place at British Museum on Monday 11 November.

In Shim Hyejung’s A Bedsore (2019) the children are all grown up and the theme of tense familial interactions is explored in the context of care for elderly parents. The presence of illegal migrant caretaker at the heart of the plot positions care as the issue transcending the domestic setting. We are very pleased that director Shim Hyejung, whose first feature comes after a series of experimental shorts, will be joining us for an extended Q&A on Friday 8 November at London’s ICA to discuss the ways of representing intimate family situations on screen.

Work by Korean women filmmakers is celebrated also beyond the Women’s Voices strand, notably with the Closing Gala film Scattered Night (2019) directed by two women, Lee Jihyoung and Kim Sol who will be in attendance for the Q&A after the film. Another highlight is Hong Eun-won’s A Woman Judge, made in 1962 as the second feature ever directed by a Korean woman and a turning point for the representation of women in Korean cinema. Special Focus strand features Lim Soon-rye’s Three Friends (1996), a melancholic and insightful coming-of-age tale which captures the lives of three twenty-year-olds living in Seoul in the late 1990s. Lim is one of the most celebrated women directors from South Korea and she had much success with her film Little Forest last year.

Last but not least, on 3 November Rio Cinema in Dalston will be hosting a 35mm screening of A Pillar of Mist (1986), a greatly underrated Korean feminist film in which Park Chul-soo constructs a portrait of a whole generation of young middle-class Korean women facing challenges unknown to most of their mothers: how to succeed in higher education, enter the world of work and at the same time maintain the roles of wife and mother.

To see all films playing, go to the festival’s website. See you there!

All images courtesy of LKFF.
Images description:
1. In a domestic setting, a middle-aged East Asian woman and man are sitting next to one another; the man is sitting in a chair and the woman in a wheelchair, from the position of her head and the way one of her hands rests on her lap it seems she may be paralysed after a stroke. There’s a bit younger East Asian woman squatting on the floor next to them, she seems to be talking to the man. A still from Shim Hyejung’s A Bedsore.
2. Medium shot of a young East Asian woman with wispy bangs, wearing a checked shirt and a backpack, intensely looking at a person whose blurred back fills the foreground of the picture. It’s a still from Cha Sung-duk’s Youngju.