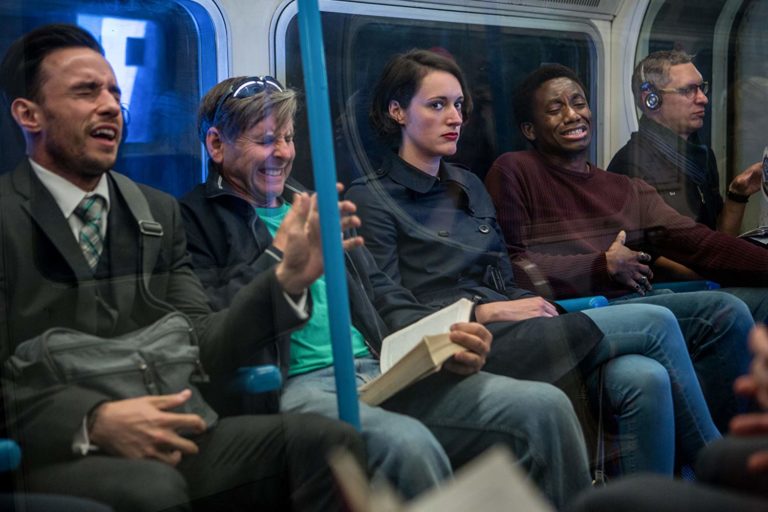 The paradox of Phoebe Waller-Bridge

“To criticise a story on the basis of where the author has come from, or how privileged the author is, undermines the story.”
Phoebe Waller-Bridge on the How to Fail podcast.

Phoebe Waller-Bridge is having a moment. In the past few months alone, she won three Emmys and the revival of her one woman show Fleabag sold out to rave reviews in both New York and London. She’s hosted Saturday Night Live and Daniel Craig personally requested for her to write for the upcoming James Bond film, making her the second woman ever to do so. Yet she has come under fire for ‘only representing posh girls’. It’s an interesting dynamic that she’s become an international superstar by dwelling in her own poshness, yet she is genuinely talented. How much can we celebrate someone who is very much a product of their own privilege? As feminists, where do we draw the line between praise on talent and over-encouragement of upper-middle class wealth?

In the one-woman show, Fleabag, it’s purely Waller-Bridge on stage for 60 minutes with some audio cues. The character of Fleabag is very aware that she’s in front of an audience telling them a story. It’s intimate, yet entirely performative. Waller-Bridge lets you in on the character’s self-loathing, but then tells you to go away. It’s so skillful that, as Michael Coveney for The Independent mentions in his review, “there’s not a minute in the sixty when you don’t feel she’s not speaking directly from personal experience”. This is also the case in the TV show, but to a more exaggerated degree. We see more of the upper middle class context which Waller-Bridge is a part of, which starts to undercut just how relatable she is. In the play, thanks to her mentions of the several jobs she’s had and her flirting on the tube, we get a better sense of a recognisable, grittier London. But in the TV show, that’s all glossed over. We spend more time in the houses and bars of wealthy people, and we’re encouraged to see the world as she sees it.

Killing Eve seems to exist as a counterweight, in that Waller-Bridge is not part of the performances at all. She still addresses her fascination with sex, relationships and performance but only in the writing. Plus, it’s transplanted into a big-budget, globe-trotting thriller and it totally works. It isn’t pretending to be real life, so Villanelle’s taste for designer clothes and her gorgeous Parisian flat feels like an escapist fantasy rather than a mirror of class-conscious England. Killing Eve is endlessly rewatchable because of how clear the characters are, how clear their wants are, and what they have to lose: it’s a real testament to her writing capabilities. Adapted from Luke Jennings’ novels, it demonstrates Waller-Bridge’s ability to take characters and morph them into great telly. There isn’t anything in Killing Eve that feels specifically exclusionary, which is partly why it’s a joy to watch. You get sucked into the thrill of it. It’s tricky because as a feminist I want to uplift the women who do well, regardless of where they come from. But with Waller-Bridge that sentiment is strained, because she puts so much of her own worldview and privilege into her shows. This happens at the same time as working class and BAME people are routinely excluded from the arts, particularly in TV and film where the Panic report estimates that only 12.4% of all TV and film workers are working class. As a clear contrast, Michaela Coel isn’t an international superstar, yet she also talks about modern relationships, by bringing her life into drama/comedy Chewing Gum. Has Coel been uplifted and celebrated in the same way, despite also winning a BAFTA? It’s fair to say, Coel isn’t writing for Bond.

Working class comedy titans Victoria Wood and Caroline Aherne are dead. The biggest name coming from Britain right now is Phoebe Waller-Bridge. So it matters when she writes about upper-middle class lives exclusively and is an international superstar. I take umbrage with the idea that we shouldn’t criticise people solely based on their privilege and wealth, as it is this privilege that let her in the door. This is obviously none of her fault: she is a great writer, we should celebrate her. But we can also admit that Waller-Bridge is the product of a system that rewards her level of wealth.

Both images courtesy of IMDB.