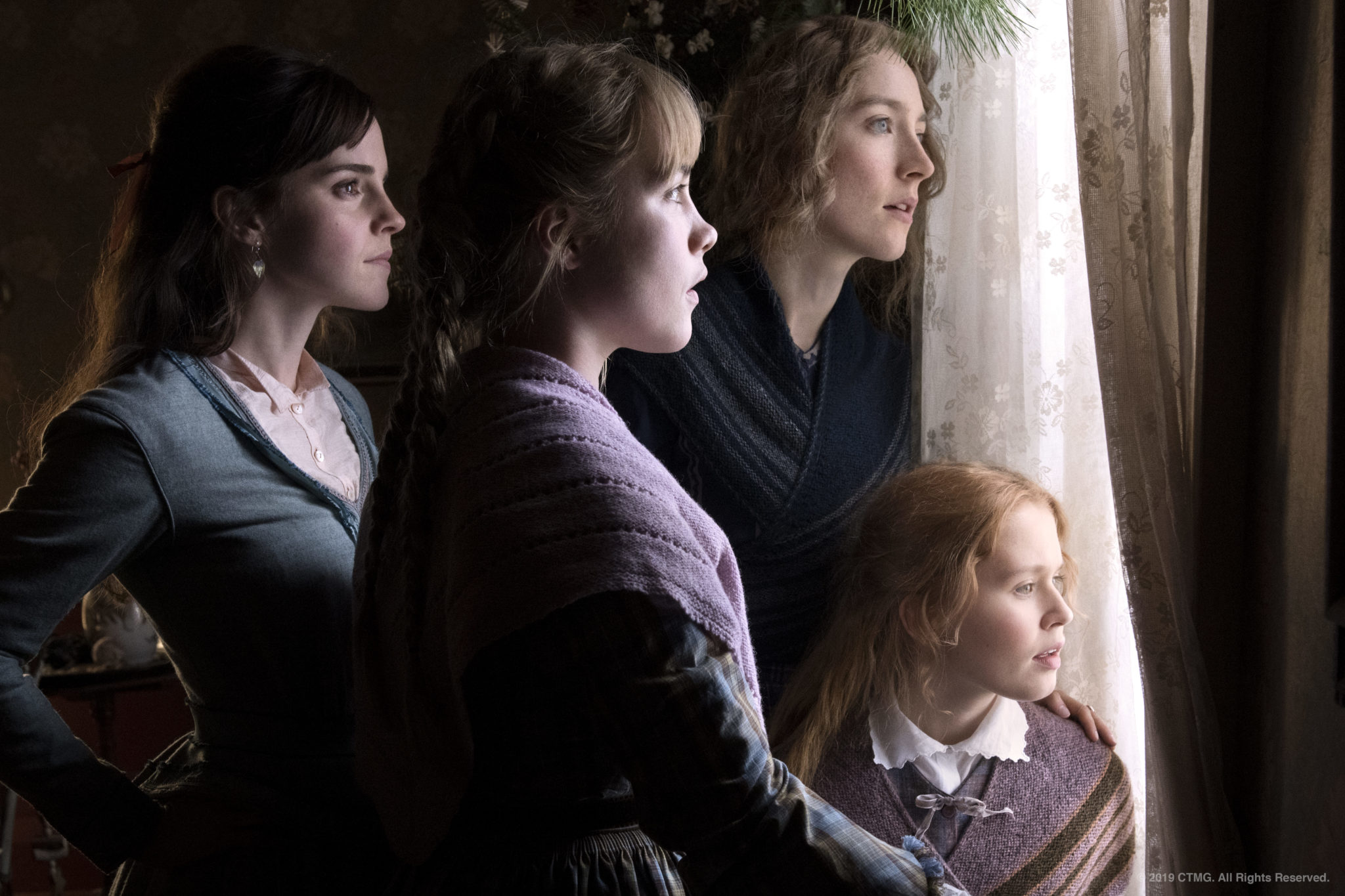 Not little at all

CN: spoilers for the book and film. The choice particularly showcases Jo’s development. From a hot-tempered girl with ink stains on her fingers who aspires to be a writer at the beginning of the film, she becomes a published author by the end. This evolution of achievement is put at the foreground of the story whereas Jo’s arc of falling in love with Friedrich Bhaer (Louis Garrel) is only a side plot. This is purposeful and is true to the characters; a contemporary way of framing a classic story. The book may be feminist in many ways, but it was still written in a time when women were often confined to the domestic sphere.

In this way, the women of Little Women don’t seem little nor unimportant at all. They are bold, caring, maternal, sensitive and utterly individual. Each character is given their own time to grow during the film, so much so that I still feel a jolt of sadness when Beth inevitably dies. A tragic moment that you might not necessarily expect in the narrative juxtaposed as it is by such happiness – that is if you had completely avoided the novel, the other adaptions and the hilarious Friends episode where Joey reads Little Women.

Gerwig’s careful treatment of each March sister means that even the character of Meg, who is often written off for her vanity, supposedly lacking independence and conforming to the constricting feminine ideals of the time, is given room to grow and justify her choices. On the surface, Meg longs for luxury and wealth, unlike her sisters who strive to be famed writers and painters. But Meg’s desire is actually for safety, a home, a husband and children – all of which she finds when she marries John Brooke (James Norton). Her choice to marry John is met with rebuke from Jo – a staunch opponent of marriage – who sees it as stealing Meg away from the family; a justified perspective given that marriage was traditionally an exchange of women as property, from the household of the father to the household of the husband. But Gerwig frames Meg’s marriage to John as something she wants as much as he does: a marriage of equals. “Just because my dreams are different to yours, does not mean they are any less important”, Meg explains when Jo tries to persuade her from going through with the wedding and pursue an acting career. Though the film never implies as much, this still raises a question of whether the internalised misogyny of the time played a hand in shaping Meg’s life goals. It would have been an interesting nuance to explore, all the more so since there’s no getting around the fact that Jo’s arc remains the most central and revolutionary one.

I’m particularly impressed with Ronan as Jo and Chalamet as Laurie. Previously together in Gerwig’s Lady Bird the two have a natural chemistry that bubbles on the screen. Hilarious, loving, longing: all of these complex emotions simmer in just a second of screen time. Their characters and relationship are detailed and offer lovely moments even in the background of scenes. Overall, Little Women is a stellar sophomore outing for Gerwig, solidifying her as a tour de force in the film industry. She is a voice who can tell original stories, as in Lady Bird, and retell classics, such as here in Little Women. Her take on Alcott’s tale is as smart as it is sensitive; a contemporary story that women can watch with pride for both themselves and the women around them.

As Jo would put it, we are “sick of people saying love is all a woman is fit for”.

Images courtesy of Sony Pictures Entertainment.
Image description:
1. The four March sisters curiously look through a bright window. They wear warm period clothing.
2. The four March sisters stand on a beach. From left to right, Meg, holding a blanket, Amy, Jo and Beth, all holding picnic baskets. It’s a bright sunny day and the sisters appear serene. A white kite flies in the background.
3. Jo and Laurie face each other in a field. They wear light spring clothing. A strong wind blows their hair. The conversation appears tense.