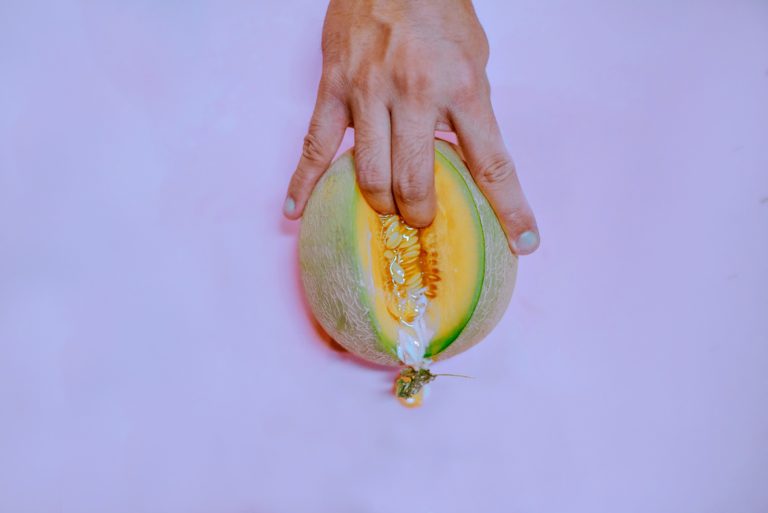 Intimacy coordinators are revolutionising the way sex scenes are made

Though it’s been part of behind-the-scenes work in theatre and film since 2006, you may not have heard of an intimacy coordinator before now. They are responsible for making sure sex scenes are safe and consensual for everyone involved in a production. It’s a facilitator role that requires a mental first-aid certification, several courses in sexual harassment, bullying, diversity and LGBTQ awareness, a clean criminal record and a choreographer background. As I only recently learnt about the role myself, I was eager to discover more about it. Leading me into the behind the scene of this practice is the young but successfully-established Yarit Dor. Yarit is a Certified Intimacy Coordinator, co-director of Moving Body Arts Ltd and co-founder of Intimacy Directors International UK, which to date is one of the best UK-based resources for people working in these roles. Yarit’s previous projects include Adult Material (Channel 4), Domina (Sky TV), Season 2 of The Spanish Princess (Starz) and White Lines (Netflix). She’s also working on upcoming programs by Amazon/Sony, Amazon/Legendary, Netflix, Starz and BBC Studios. In the live performance sector she is credited as the first Intimacy Director on London’s West End for Death of A Salesman starring Wendell Pierce.

Intimacy coordinators haven’t always been properly credited, nor has their work often been advertised as a possible career within the theatre and film industry. But things are changing now that some bigger names like HBO and Netflix have openly hired intimacy coordinators for their hit shows, such as Sex Education and The Deuce. Earlier this year, Yarit taught a course on the subject as part of UAL’s Bachelor degree in Film. I came across her work on Twitter and, despite the lockdown, we managed to catch each other on Skype for a chat on the subject.

So, Yarit, how long have intimacy coordinators been around? Is mainstream media only now catching up or is it a rather recent avenue of work?

The intimacy practice has been around since 2006. It officially started with an essay titled Intimate Encounters by Tania Sina, who later became the first credited intimacy director for a stage play. This is a slightly different role as it requires more control over the actual choreography and visual aspect of the sex scene. Our job as coordinators is not to make the scene look pretty, but to ensure the shooting of it is safe and follows protocols. Most of us came from a background in stage combat. We are used to ensuring safety, albeit in violent scenes.


At the end of the day, violence and eroticism both require actors to get into heightened emotional states. My job is to ensure they feel comfortable to let themselves go
Another great practitioner is Alicia Rodes, who was hired by HBO as the first official intimacy coordinator. She taught courses in the United States – up until a few years ago they were some of the very few courses existing. I did my training with her. Now we have our own association here in the UK.

Actors are often told any scene is about either fighting or fucking, at least in the subtext. How does one go from coordinating fight scenes to ensuring consent during a sex scene? What are some of the overlaps and some of the differences?

I discovered my own interest in the coordination of intimacy when directing fight scenes in kitchen sink drama plays. Because the fights often happened between couples, there was a component of attraction. At the end of the day, violence and eroticism both require actors to get into heightened emotional states. My job is to ensure they feel comfortable to let themselves go.

Often there is no actual contact between the actors, or when there is it’s very controlled. Film actors may be more used to such technicalities and directions, but it never hurts to make sure they have a structure to refer to. As for the differences, I’d say fight scenes need stricter instructions. There is little room for actors’ inputs. With sex scenes, the risk is different. It’s about consent and possible triggers, which may not always be obvious. I have several discussions with the actors both before and during the scene.

Is the process different in theatre productions compared to film sets?
Oh, absolutely! Live performances are a much longer process. Actors have more time to get comfortable and familiar with the material, so I act as a support cushion throughout. Between the weeks-long rehearsals and the actual production, which often requires performances every day of the week, the focus has to be on the long-term sustainability, especially with triggering material.

On film sets, there is a lot more anxiety. Scenes have to wrap up according to a tight hourly schedule – even faster if possible. Everyone wants it done in as little takes as possible. It’s hard to predict directors’ approaches too. Some take time out in pre-production to discuss said scenes or rehearse, other just leave it to the vibe of the day. Plus, cinema often requires higher levels of nudity, which means actors have concerns around their body image and how it will look on camera. I’ve met actors who refused to eat for days before their shirtless scenes. It’s hard, because you have less time to make sure they feel at ease and energetic. There is also more coordination with the production, costume and art departments.

You have all these people, who might not be people with a strong awareness of how their bodies work, and you have to coach them really fast and use a language they can understand. When actors realize just how technical it is, they enjoy it, they feel a certain freedom Intimacy coordinators are one of the few crew members with access to the actors’ contracts, which must include a “nudity and simulated sex” clause. We work with all these different departments to make sure what’s agreed in the clause is respected. For example, an actor might refuse to show a certain body part and I have to coordinate with the costume director and camera operator to make sure that’s arranged.

Do you find that gender and/or sexual orientation play a role in the actors’ state of mind during said scenes?

To be honest, no. All actors have doubts and feel self-conscious. But they also always take care of their co-stars. They want to be sure everyone is comfortable. That insecurity is common in everyone, I find. Many of them, regardless of gender, are eager to discuss the creative side of it; they want to make sure those scenes reflect the character traits they’ve established. After all, they’re the ones who know their characters’ motivations best.

It’s ultimately up to the actors how much or how little support they want. You know, if two actors have no chemistry I can’t make that happen. It’s not my job. My job is to make sure they can still shoot the scene and feel safe doing so.

Was there a time when your skills were particularly put to the test?

My conversation with Yarit reveals a positive note of hope for the future of theatre and film productions. It’s about time we see these industries acknowledge the importance of consent and making their talent comfortable. Having a person specifically hired for this purpose easies the toll on everyone and provides much needed mental support.

Images courtesy of Dainis Graveris on Pexels (Image 1), Michael Wharley (Image 2) and Fightguy Photography (Image 3).
Image description:
1. A white hand dips two fingers into an open melon against a lilac background. The gesture, seeds and juice spilling out remind of a sexual act.
2. A headshot of Yarit Dor on a neutral backdrop. She has her hair tied up and smiles towards the camera.
3. Yarit Dor at work on set, coordinating the movement of an actress wrapping hands around her co-star’s leg.