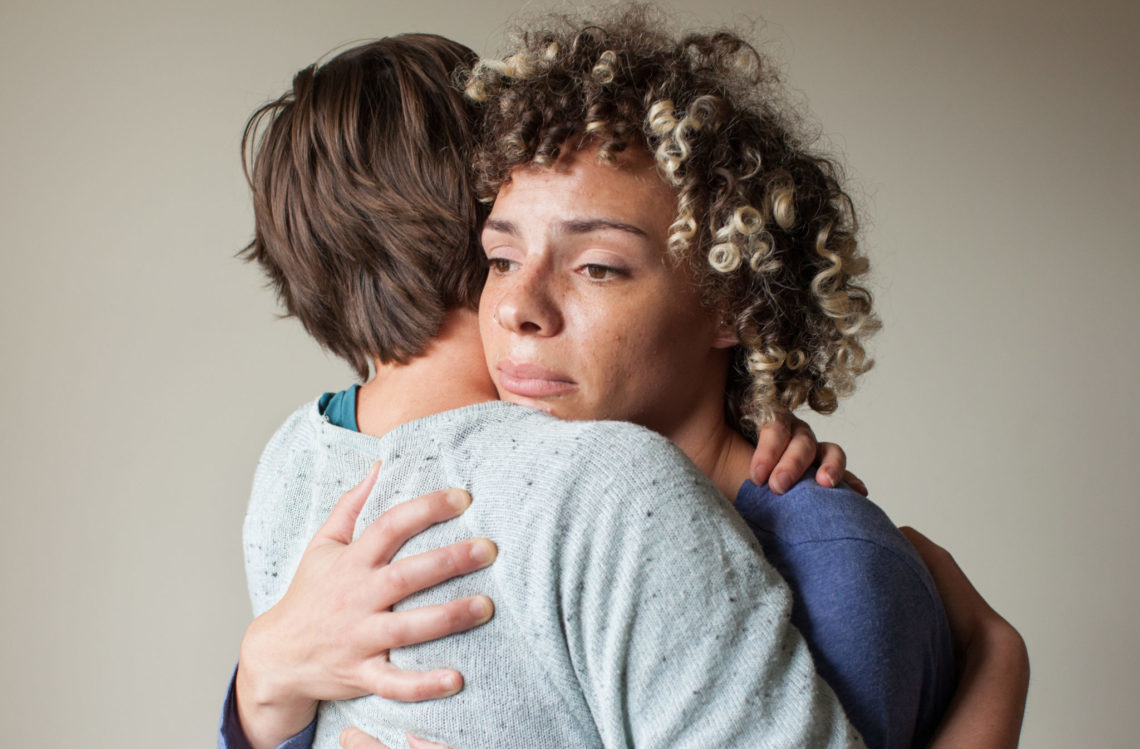 Less than a month after the World Health Organisation declared Covid-19 to be a pandemic and Europe its new epicentre, the United Nations (UN) was already warning of another worldwide public health emergency.

In early April, as governments around the world put social distancing measures in place in a bid to control the spread of the coronavirus, Phumzile Mlambo-Ngcuka, Executive Director of UN Women, issued a statement highlighting the rise of a “shadow pandemic”.  Flagging the rise in domestic violence reports in countries which had effectively quarantined their populations, Mlambo-Ngcuka warned of a perfect storm facing women in abusive relationships, trapped in isolation with violent and controlling partners while domestic violence shelters struggled to cope with the increasing demand for their services.

In the UK, domestic abuse organisations echoed the UN’s warnings, with 23 charities penning a joint letter urging Boris Johnson’s government to act on a predicted rise in violence against women and girls. The call came after the clarification from the Home Secretary, Priti Patel, that domestic abuse victims were permitted to leave their homes during lockdown to escape violent partners or to seek help. Less than three weeks into the UK’s lockdown, the country’s largest domestic abuse charity, Refuge, reported a 700% increase in calls to its helpline.

In the three weeks following the announcement of the UK-wide lockdown, 14 women and two children were believed to have died in suspected domestic abuse killings

While Covid-19 is a novel coronavirus (a strain previously not identified in humans), there is nothing new about the man-made epidemic of gender-based violence affecting one in three women globally during their lifetime. Indeed, two women a week are killed by a current or former partner in England and Wales alone. It seemed horribly inevitable, therefore, that reports of women killed by men during the nationwide lockdown would follow those of escalating calls for help from domestic abuse charities. In the three weeks following the announcement of measures that sequestered much of the UK population, 14 women and two children were believed to have died in suspected domestic abuse killings.

Almost as predictable as this grim figure, though, have been the instances of irresponsible journalism positioning the virus as, at worst, a cause of and, at best, a mitigating factor in men’s violence against women. Reading some media reports, one could be forgiven for thinking that there was something within the structure of the virus itself, some mysterious trigger that only activates in male hosts, turning previously loving partners into violent abusers. All too frequently, the language and framing used in articles reporting on the deaths of women in alleged domestic killings have had the effect of attributing at least some of the blame to Covid-19, in the process shifting responsibility away from violent and abusive men.

It quickly became obvious that the social restrictions resulting from lockdown would exacerbate already dangerous living situations for some women and children; as forensic criminologist and former police officer Dr Jane Monkton-Smith explained to The Guardian, the loss of control that we are all experiencing as a result of lockdown can act as a trigger on abusers, escalating their behaviour to potentially lethal levels. However, in foregrounding the virus in coverage of domestic killings, some media reports fail to highlight the prevalence of men’s violence against women and to interrogate its causes. They omit the fact that these women’s deaths were most probably the culmination of months, years or decades of abuse.

Take, for instance, the death of Ruth Williams. She was allegedly strangled by her husband Tony Williams at their home in South Wales on 28 March, 2020. The Sun’s 30 March headline read: “CORONAVIRUS ‘MURDER’: Husband ‘strangled wife of 44 years to death after late-night argument in coronavirus lockdown’”. The article went on to claim that Tony Williams had been accused of “Britain’s first coronavirus isolation murder”, thus creating a new category of offence to differentiate ‘normal’ domestic killings from those which took place under the extenuating circumstances of lockdown.

The report was also at pains to point out that the couple had been “happily married” for 44 years, implying that a husband’s alleged murder of his wife might be written off as a blip in an otherwise blissful relationship and reinforcing the idea that the coronavirus lockdown caused an otherwise non-violent man to become suddenly violent. On the contrary, as Monkton-Smith’s research shows, men who murder their partners typically travel through eight stages of escalating abuse beforehand: from the perpetrator having a history of abuse, to the relationship becoming dominated by coercive control, to a trigger and escalation.

Just over a week after the death of Ruth Williams, The Mirror reported on the killing of 71-year-old Elsie Smith, believed to have been stabbed to death by her husband Alan who then killed himself. Once again, the piece was quick to highlight the apparent stress Alan Smith was under as a result of lockdown, quoting a neighbour who claimed that “this whole coronavirus thing could easily have driven him over the edge”. The article went on to include the words of another local resident who commented that “[they] were a very nice, friendly couple. He would get everyone’s bins and move them back to the right houses every Monday after the binmen came.”

While it’s understandable that a neighbour who had only ever experienced the friendly, accommodating side of Alan Smith would be at a loss to explain his alleged actions, the inclusion of these comments without any contextual information from domestic violence organisations (to highlight the prevalence and underlying patterns of violence against women, for example) implies that he was an otherwise ‘good’ man who simply snapped under stress.

Reporting on the same case, The Daily Mail ran a headline that positioned Alan Smith as the victim of his own crime: “Retired painter and decorator, 71, struggling with lockdown stabbed wife to death then killed himself in latest coronavirus killings”. In a single sentence, the report not only employs lockdown as a mitigating factor in Smith’s actions, but in naming his former profession, gives him a persona and status which is denied his victim. Where we learn something of Alan Smith’s background and the “worries” the article suggests drove him to murder, nowhere in the report do we get any insight into Elsie as an individual; she is just Alan Smith’s wife and, ultimately, victim.  The tendency to foreground male perpetrators and ignore female victims is a persistent trope in media representation of violence against women. At its most egregious, it has elevated serial killers of women such as Jack the Ripper and Ted Bundy to practically celebrity status, erasing the names and real lives of their victims from coverage of their crimes.

In the case of Robert Needham, who was said at an inquest to have shot and killed his partner Kelly Fitzgibbons and young daughters Ava and Lexi before killing himself around 29 March, 2020, The Daily Mail reported that “it is understood the builder had been suffering serious financial difficulties in the lockdown after he was forced to wind-up his building company in October last year”. Once more, readers are invited to sympathise with the perpetrator and to imagine the seemingly intolerable stress that drove him to murder his partner and two children rather than the terror of his victims, without mentioning the potential history of abuse inflicted upon them. Conspicuous by its absence, again, is any input from a domestic violence professional, encouraging us to question what sense of ownership and entitlement leads men like Alan Smith and Robert Needham to take the lives of their partners and children along with their own, or ask why women suffering from stress are not driven to murder their male partners at the same rate.

By framing violence in the context of extenuating circumstances or treating cases as isolated incidents, failing to address the persistent patterns of gender inequality which are both a cause and a consequence of violence against women, such reporting works to reinforce the myths and stereotypes that perpetuate it, including in the minds of abusers, victims and potential jurors

If such instances of irresponsible coverage of violence against women in the media were an aberration, another unforeseen circumstance of the strange and unusual times in which we currently find ourselves, they could be consigned to history in the same way as the virus will, hopefully, someday be. Unfortunately, examples of poor reporting which serve to normalise the abuse and murder of women at the hands of men significantly predate the current crisis and will undoubtedly outlast it. By framing violence in the context of extenuating circumstances or treating cases as isolated incidents, failing to address the persistent patterns of gender inequality which are both a cause and a consequence of violence against women, such reporting works to reinforce the myths and stereotypes that perpetuate it, including in the minds of abusers, victims and potential jurors.

On the other hand, responsible reporting can confront the myths that sustain abuse and shine a light on the systemic gender inequality that underpins it by giving due care and attention to the complexity and continuum of gender-based violence. The media can and should play a key role in highlighting the endemic nature of violence against women, forcing society to question and address the wider inequalities that sustain it.

Support for journalists is out there. The Scottish charity Zero Tolerance, which works to end violence against women, offers a range of advice and resources for writers reporting on gender-based violence, including a media guide, statistics, images, a list of expert organisations available for media comment and a guide to interviewing victim-survivors. They also run the Write to End Violence Against Women Awards which recognise journalists who do get it right, rewarding writers in Scotland who raise awareness of gender-based violence in a responsible and sensitive way. The National Union of Journalists (NUJ) also has a set of guidelines for journalists reporting on violence against women.

Simply reporting on domestic violence is not enough, if such reports serve to undercut the efforts of organisations working to raise awareness of its causes and consequences and support its victims. Articles that reinforce harmful tropes and myths work to uphold a patriarchal understanding of gender-based violence that allows it to continue. It’s a terrible fact that more women will die at the hands of men during and beyond lockdown, but journalists have the power and responsibility to be part of the solution to gender-based violence rather than the problem. Instead of the coronavirus becoming the latest excuse for domestic abusers, let’s hope that better reporting will enable a light to be shone on the systemic inequalities that perpetuate violence against women.

Image used with permission from Lucy Dodsworth in partnership with Zero Tolerance. The image shows a woman with curly hair looking concernedly away from the camera. She is holding a little boy whose back is to the camera.