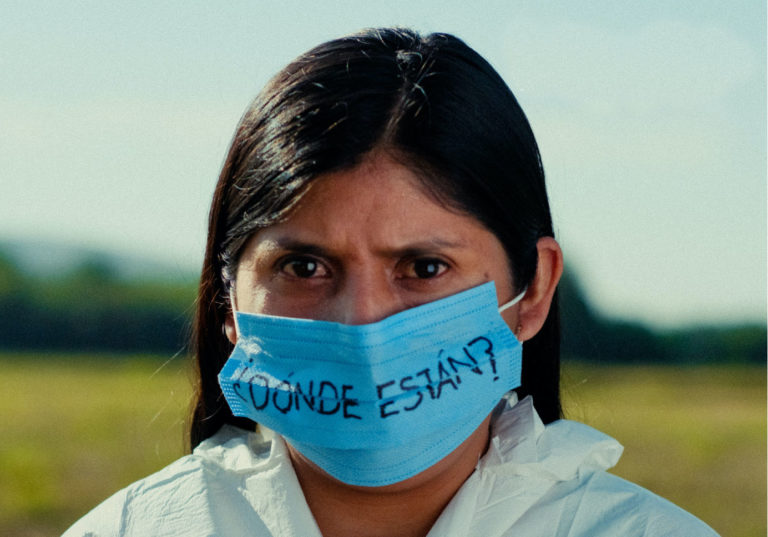 The untold story of those who disappeared

Mexican documentary To see you again (Spanish: Volverte a ver) had its online world premiere in June at Sheffield Doc/Fest. The women-run team behind the film consists of director Carolina Corral (who’s also an activist and visual Anthropologist with a degree from the University of Manchester), producer Magali Rocha (head of production company Amate Films and Latin American cinema promoter) and impact producer Merle Ilina (a human rights activist who works closely with mothers in search of their disappeared loved ones in Mexico).

The feminist spirit of collaboration and collectivity is discernible not just behind the camera but also on-screen. The film is structured by the stories and actions of three courageous women, Lina, Angy and Edith. These mothers participate in the exhumation of more than 200 bodies that were buried in secret by the Attorney General of Mexican state of Morelos during a failed war against organised crime, or at least that is how the authorities describe the situation destabilising the country since 2006.

The documentary accompanies the women as they train in forensic expertise and dig up bodies of the disappeared, meticulously describing what they found. Their revelation is a chilling reality; Mexican authorities are involved in the disappearances of many people through negligence, omission, laziness and complicity.

Since 2017, only thirteen bodies have been returned to their families. Dozens remain unidentified, while many more are still buried in the Jojutla grave, the one pictured in the film. Mothers and other family members of disappeared loved ones search tirelessly, hoping to see them again, even if they have to dig them up from a hidden grave.

Contributing editor Ania Ostrowska interviewed Carolina Corral and Merle Ilina. Check out the interview below as the filmmakers discuss their experience making the film but also the impact campaign accompanying it: what they hope to achieve in Mexico and internationally.

You can watch the documentary for free as part of Screening Rights Film Festival, streaming 22-25 October. The filmmakers and their subjects will be present for a Q&A session.

Image courtesy of Screening Rights Film Festival.
Image description:
1. A Mexican woman wears a face mask with the writing “Dónde Están?” (Spanish for “Where are they?”). Her brown eyes appear to be red from crying. She stands against a green field in the background.