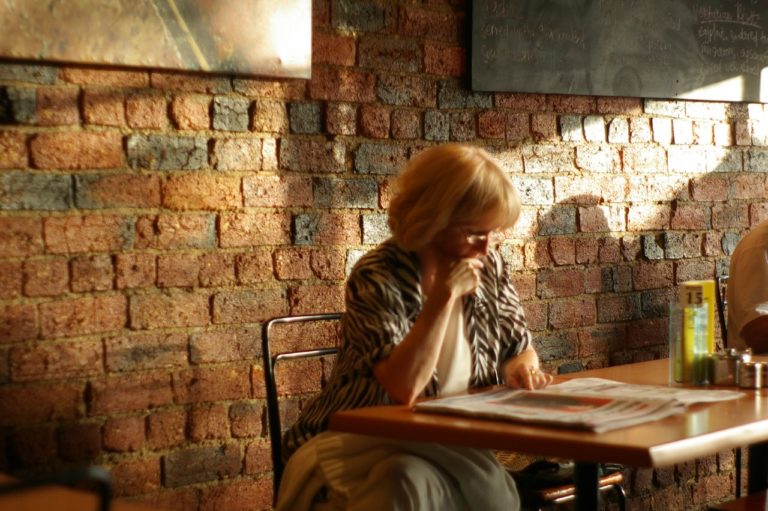 The data scientist exposing US white supremacists: ‘This is how you fight Nazis’ (Sam Levin, The Guardian)

From the article: “There’s a diversity of strategies we can have on how to build a world that is resilient to fascism. Protest is part of that. So is community involvement. I think one of the most effective things that people can do is learn ways they can help their neighbors in the community – in direct ways that do not rely on governments and the state and other systems.”

Pro Woman, Anti Worker (Kim Kelly, The Baffler)
About the article: On union busting in the reproductive and gender justice space

From the article: “Weaponized dogpiles aimed at mouthy women are the weapon of choice for far-right men’s rights groups; so is the idea that men are a persecuted group, who need protection from women’s indifference or distrust. Yet they’ve been unselfconsciously adopted by “leftists” and progressives, without any thought as to how framing women as the enemies of men’s self-realization puts us right back in a dynamic where masculinity depends on keeping women in their place.”

Don’t Let’s be Beastly to the Bigots! (Jane Fae, Medium)

From the article: “…Because the very idea that trans folk are not engaged, daily, in debate, discourse and just generally talking to cis folk about trans stuff is untrue. This is the conceit of a well-conceited privileged commentariat, for whom you are not “doing it properly” unless you bend over backwards and allow them to insert you into their performative, two-sides, he-said-she-said gladiatorial public school debating soc format.”

From the article: “Muslim women have historically been ‘othered’ whether in feminism or fashion, on account of the obviously different way they present themselves. By creating separate fashion categories meant to cater to people in Muslim communities, clothing brands are sidelining the very women they claim to represent. If companies like Primark, who wanted to claim to represent diverse communities, really understood the needs of those groups of people, they would come to the realisation that there is no one kind of modest fashion that needs to be catered to. With over 3 million Muslims in the UK, of course, one range won’t fit all.”

Emily in Paris is a Netflix show built on white fantasy, not reality (Christelle Murhula, gal-dem)

From the article: “You’d think a Netflix series made in 2020 wouldn’t be stuck in the early noughties, when marginalised communities “didn’t exist”. Yet there are so many ways the creators of the show failed to diversify the storylines and the cast. Emily in Paris could have been the perfect opportunity to present a real portrait of the city, one Parisians have been craving for decades.”

From the article: “Once, an ex-boyfriend of mine pulled my hair and threw my car keys across a dark parking lot because I wanted to leave the club before he was ready. During this encounter, I overheard his friend saying, ‘Damn, he must really love her.’ Similar comments over the years caused me to buy into the idea that jealousy and violence is a form of adoration.”

From the article: “Like so much in American life, the experience of being named and known is also bound up with issues of race, class and gender. It exists in the systems of how we socialize and interact with each other. For a white person to suggest that a colleague of color adapt their name to make it easier for others in the work environment (‘Oh, your name is Masahiko? Mind if we just call you Hiko?’), is an aggression that infers it is socially acceptable for one individual to put a nickname upon another for their convenience.”

Akwaeke Emezi shuns Women’s prize over request for details of sex as defined ‘by law’ (Alison Flood, The Guardian)

About the article: “Author, who became first non-binary trans writer to be nominated for the award in 2019, declines to submit future novels for consideration in protest”

About the article: “This is the story of how I was recruited into the gender critical movement, what key players I worked with, and how I left.”

From the article: “While representation of trans women often caters to a cis audience, queer coded characters can offer more a nuanced exploration of womanhood.”

The image is used under a creative commons license with thanks to c0t0s0d0 on Flickr. It shows a woman with shoulder-length blonde hair and wearing reading glasses sat at a table reading a newspaper. She appears to be in a cafe or restaurant as a menu, table number and condiments can be seen on the table next to her. There is an exposed brick wall behind her, and a picture and blackboard with writing on it appear just out of shot.