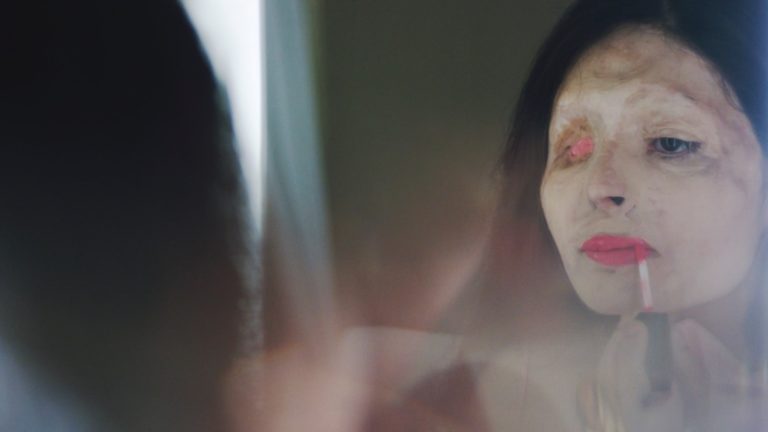 November 25th marks the International Day for the Elimination of Violence against Women. When it comes to discussing the issue through fictional media, especially visual ones such as film and TV, there’s a thin line between responsible storytelling that’s meant to increase awareness and voyeuristic violence that removes women’s agency. There are divisive opinions in regards to the ethics of depicting rape scenes on screen, as well as how they’re shown and how they function within the narrative. But is depicting rape really the only way to spark the conversation? Violence against women operates on a multitude of nuanced scales.


These issues are very real and far from fear-mongering, but the shame and silence that surrounds them prevents us from tackling them heads on
16 Days 16 Films, a film festival organised as part of 16 Days of Activism against Gender-Based Violence, drives this point home. The original campaign uses the 16 days between International Day for the Elimination of Violence Against Women (25th November) and International Human Rights Day (10th December) to reinforce that eliminating all forms of violence against women is a human rights issue and that the act of perpetrating violence against women is a human rights violation. Fittingly, 16 Days 16 Films plans to release a different film each day. The films, all free to access and all by women filmmakers, have been handpicked from worldwide submissions. With films from the UK, Italy, USA, Mexico, France, Ireland and Peru, the selection offers a wide scope of points of view, locations and stories. Notably, there is very little on-screen physical violence across the 16 films that made the shortlist. Rape isn’t the driving force. Instead, the audience is presented with more insidious issues. Although drama seems to be the predominant genre, the films don’t feel repetitive, with each one focusing on a different theme.

The first short released, Absence, directed by Libby Burke Wilde, is about period poverty, and how 49% of girls in the UK have missed a day of school due to lack of menstrual products. Other topics across the festival include self-objectification through social media, internalised misogyny, the impact of domestic violence on the victims’ children, transphobia, the intersection of racism, ecology and feminism (“Man gives Earth the same gender it oppresses” is a poignant line in the United States short Backwards God), gaslighting and other forms of physical violence like acid attacks.

There are also two animated shorts that look back at lesser-known historical events and the consequent erasure of women’s stories, which in itself is an example of gaslighting. Thread, by Yuri Jang, exposes the tragic phenomenon of comfort women during World War II. Her Song, by Éabha Bortolozzo and Jack Kirwan, is a chilling look into Ireland’s “mother and baby homes”: secret church-run institutions where unmarried women were sent to deliver their children and then separated from them. This last short, my personal favourite, uses horror symbolism to create what looks like a folklore legend about monstrous nuns stealing babies. At the end, though, the filmmakers tie us back into the reality of the facts, making them that much scarier. It’s so scary it doesn’t feel real.

Ultimately, that’s the great takeaway for me and, I hope, many others using these weeks to dig deeper into the issue of gender-based violence. These issues are very real and far from fear-mongering, but the shame and silence that surrounds them prevent us from tackling them head-on. Often, it might even prevent us from knowing they exist. 16 Days 16 Films offers a platform where women can find comfort and a chance to see their story told, without revisiting the trauma that comes from visual depictions of violence.

Watch the films and learn more via 16 Days 16 Films.

Images courtesy of organic. press and 16 Days 16 Films.
Image description:
1. A still from Reshma, showcasing the titular main character putting lipstick on while looking in the mirror. Her face is scarred from an acid attack.
2. A still from Ballet After Dark. A group of black girls in bright yellow ballet outfits lean on each other with somber gazes. They each hold flowers or candles.