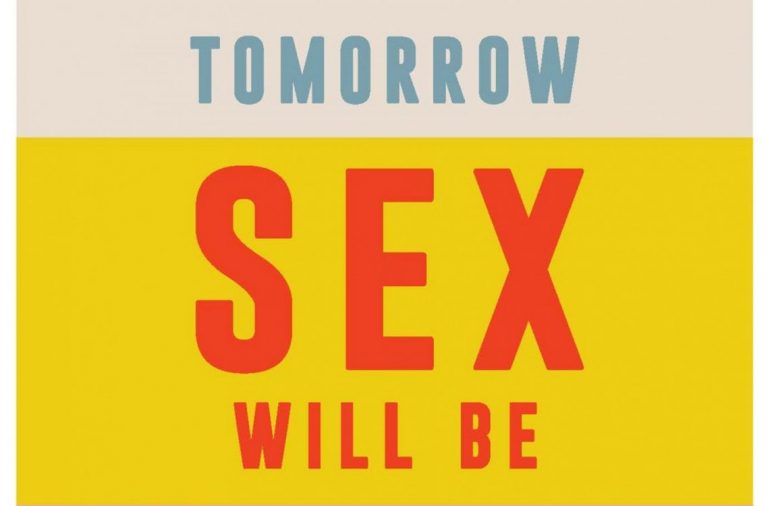 The complexities of consent

Tomorrow Sex Will Be Good Again makes a statement of intent in its own title: something is wrong with sex. Having read a lot of gender and sexuality literature, I unfairly assumed that Angel’s latest book was another necessary but unoriginal feminist manifesto advocating a fulfilling sex life for women and promoting the “only yes is yes” culture. But Angel, an academic in the history of psychiatry and sexuality, offers new ways of understanding the complexity of sexual relations and insightful counterarguments to some common feminist beliefs around women’s sexuality. What a delight it was to find my expectations proven wrong.

As I soon learned, Angel’s book borrows its title from French post-structuralist thinker Michel Foucault and his History of Sexuality Volume I: The Will to Know. Foucault opposed sexual liberationists of the sixties who believed that in order to overcome our moralising  past, we must speak openly about sex – and that silence surrounding the topic brings sexual repression. Under this premise, Angel suggests rather provocative arguments that defy generic discourses around desire and consent of women as we know them today and, in borrowing Foucault’s phrase to suggest that when we develop new ways of understanding sex and consent, then “sex will be good again”. Angel specifies that her ideas mostly concern the power imbalances between cis, heterosexual men and women, and recognises that the intricacies of trans and queer relationships are not for her to explore as a heterosexual cis-woman.

In the midst of the #MeToo movement, consent has gained an evident place in discussions about sexual encounters. Consent culture understands that people have bodily agency and normalises communication of sexual desires, which must be respected. Women have essentially been summoned to voice their sexual desires as the only way towards sex, if they want to be safe. ‘No’ is ‘no’ and only ‘yes’ is ‘yes’. But do these tenets of consent culture reflect the reality of sex? Do they adequately convey the complexity of human emotion? And has consent culture managed to keep women safe? Angel disagrees.

Desire and arousal never exist on their own, Angel states: they are constructed through interactions

Though she doesn’t refute consent culture, Angel radically questions the essence of voicing female desire and provides surprising food for thought. Consent makes women responsible for their own safety. Discourses of consent urge women to know and express their desires ahead of sex. This places the burden of enjoyable and safe sex on what Angel calls “self-knowledge”: women’s own understanding of their mental and physical desire and their ability to verbalise it, “what we want and what we say we want”.

Self-knowledge, however, is an accountability not expected from men, revealing a double-standard which perpetuates the truism that women are, or should be, the guardians of sex, specifically safe sex. “Women’s sexuality should not have to be immune to abuse in order for women not to be abused,” Angel argues. “The onus is not on women to have a sexuality that admits no abuse, it is on others not to abuse them.”

Angel uses a range of scientific studies to illustrate that it is common for people to not always know what they want, in sex or in other scenarios of their lives. Not knowing is part of human nature. Therefore, explicit verbal consent isn’t always realistic. In fact, the whole narrative around knowing and voicing “yes” or “no” in sex simplistically implies that desire is something fully formed and existing within us. But desire and arousal never exist on their own, Angel states; they are constructed through interactions. We create desire as we interact, explore and engage in sexual relations with others, a process which Angel calls “in the doing”. In addition, because women must always be assertive in order to be safe, consent doesn’t allow for vulnerability, a key element of intimate relationships and, sometimes, of pleasure.

On first reading this stance is difficult, considering the prominence of today’s rape culture, however, when Angel expands that, “we shouldn’t have to know ourselves in order to be safe from violence” the argument seems  difficult to find fault in.

As a society, we’re doing sex wrong, and we need to find better ways of understanding and having sex that is enjoyable, safe and also vulnerable if needed or desired

“We are social creatures, and our desires have always emerged, from day one, in relation to those who care, or do not care, for us. Desire never exists in isolation,” Angel writes. “This is also what makes sex potentially exciting, rich and meaningful. How do we make this fact galvanising rather than paralysing?” But the paradox of consent doesn’t end here. Even when women clearly state their desires, when they challenge gender stereotypes and talk about their sexuality in public – as they are often encouraged to do to prove sexual emancipation –  such expression does not prevent women from misogynistic humiliation. In fact, being verbal and loud about sexual desires can and often do play against women in the form of slut-shaming. “We [straight, cis-women] don’t always know what we want, and we are not always able to express our desires clearly. This is in part due to the violence, misogyny and shame that make desire’s discovery difficult, and its expression fraught”.

Tomorrow Sex Will Be Good Again  challenges the paradigm of today’s consent culture. As Angel argues, consent doesn’t guarantee pleasure or safety in sex and puts added pressure on women to know and understand their desires and express themselves. As a society, we’re doing sex wrong, and we need to find better ways of understanding and having sex that is enjoyable, safe and also vulnerable if needed or desired.

But this book is much more than that; an exploration of the science of sex, feminist theory and history, among other disciplines. It is divided in four chapters, each illuminating four pillars of sexuality generally and more often assigned to women’s sexuality specifically; consent, desire, arousal and vulnerability. Angel uses a rather academic tone and gracefully fuses a breadth of references from well-known feminist activists, philosophers, theorists and scientists with pop culture anecdotes and current affairs.

Angel definitely brings something new to the feminist debate, but the book’s academic style and thorough referencing might not make it a welcoming read to everyone. Regardless, it is surely fascinating for readers of feminist literature looking to feed themselves with fresh and provoking ideas.

Tomorrow Sex Will Be Good Again: Women and Desire in the Age of Consent is published by Verso and is available here

The feature photo shows the book cover of Tomorrow Sex Will Be Good Again: Women and Desire in the Age of Consent, used with permission, courtesy of Verso. The image shows part of the title in red, yellow, blue and cream. The author picture shows Katherine Angel in a garden, she has long blonde hair and wears a green leopard print patterned t-shirt.