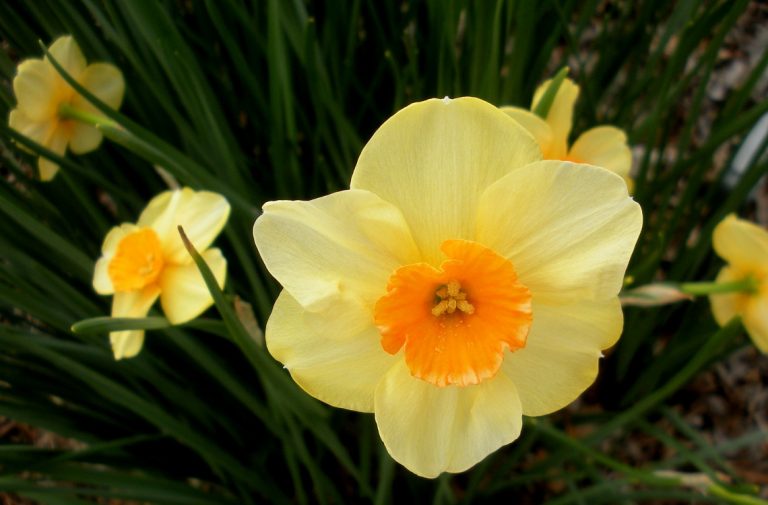 I enjoyed researching the bloody history of childbirth – then I had a baby (Anna North, Guardian)

From the article: Author of Medical Apartheid, Harriet Washington was one of the first to use the term iatrophobia; the fear of medical institutions and professionals in relation to the experiences of Black Americans accessing healthcare. In her prize-winning book, she describes the legacy of unethical experimentation on Black Americans and their modern-day experiences with healthcare institutions. As well as these more recent harrowing stories – Black communities regularly cite the colonial history of medical malpractice on their communities from the Tuskegee trials to the failed provision of antiretroviral drugs during the early HIV pandemic.

The Emotional Tax of Essential Work (Gabrielle Drolet, The Walrus)

From the article: “The belief that employees should keep their heads down and do what they’re told—even if it involves being mistreated by customers—is a problem that existed long before the pandemic. The customer-service industry is built on emotional labour, a culture in which employees are expected to smile and be kind no matter the cost. Most customer-service employees likely don’t have the financial stability to leave a job because of unsafe conditions or for their mental health. Speaking up may mean getting fired—and, during a recession, the stakes of losing work are even higher.”

The Life and Death of Modern Homosexuality (Jordan Bohannon, The Baffler)

From the article: “Ever since the modern invention of homosexuality, many homosexuals have been profoundly invested in claiming that homosexuality is not a modern invention, or even an invention at all. In some sense, they’re right: congealment is probably a better term for the consolidation of wildly disparate homoerotic impulses, socioeconomic structures, and medical discourses under the tidy term “homosexual” in the late nineteenth century. That term has survived, with an occasional costume change, ever since. Nevertheless, at every appearance, the people named by it have been cast by the right as some kind of utterly novel alien invasion hellbent on dissolving the nuclear family in a cauldron of perversion.”

‘My name is Yewande’: Mispronouncing or changing people’s names is just another form of racism (Yewande Biala, Independent)

From the article: “…judge Mary Walrath explained that 83 per cent of claimants ‘have expressed very loudly that they want closure through acceptance of this plan, that they do not seek to have to go through any further litigation in order to receive some recovery, some possible recompense… although it’s clear that money will never give them that’. Walrath added that without the payout, the women who came forward would receive “minimal, if any, recovery.”

Medicine is made for men (Alexandra D. Lahav, The New York Review [paywall])

The pressures of passing on a religion when you’re the last of your kind (Maheen Behrana, gal-dem)

From the article: “Over time, I became troubled by some of the attitudes I saw on display. I hated to be told I was ‘marriageable’ purely because of my pale skin and my ears would burn at the overtly racist ‘jokes’ older Parsis would casually throw around. I was disturbed by the homophobia of kindly uncles and the internalised misogyny of smiling aunties. Also upsetting were the hardline attitudes towards marrying out. Many said it was stupid when we had been blessed to be born Parsis. We had a great duty to pass on our ancestry and have Parsi children.”

Why art teaches us more about AIDS than school ever will (Jack King, i-D)

From the article: “In lieu of queer-inclusive education, vital and brilliant dramas like It’s a Sin plug a void that shouldn’t exist.”

From the article: “There is a hunger to see stock images that are more reflective of the modern world. When sites like Shutterstock, iStock, Adobe, and Getty recycle overwhelmingly white, heteronormative and stereotypical scenarios, it renders all who fall outside of this as somehow abnormal or niche.”

From the article: “Bali is hardly ‘queer friendly’ either. Same-sex marriage is not permitted in Indonesia and the state is notorious for its anti-LGBTQI+ stance. Last year, lawmakers pushed through the proposal of a legal bill that forces LGBTQI+ communities into rehabilitation and the arrests of LGBTQI+ folks. Gray’s claims that Indonesia is a ‘safe haven’ for LGBTQI+ people illustrates the ignorance held by Western expats and erases the harsh realities faced by queer Indonesians deemed to be second-class citizens. In fact, state-enacted homophobia forms the grounds of Gray’s deportation; she faces accusations of spreading information that could ‘unsettle’ the public for advertising Bali as a ‘queer friendly’ sanctuary. What’s more, Indonesia’s LGBTQI+ community now fear a fallout from Gray’s notoriety that endangers the ‘discretion’ that they rely on as protection.”

When Becky Yells at You An excerpt from the author’s new book, This Is Major, about working alongside a white woman with a massive inferiority complex (Shayla Lawson, The Cut)

The Prison Abolitionist Redefining What It Means to Win (Claire Lampen, The Cut)

From the article: “On coping with devastating outcomes, e.g., Trump’s execution spree:
I don’t try to fight the difficult emotions. I try to remind myself that feeling extreme pain for somebody else who is in pain, feeling rage at a system that causes such pain, those are signs that my brain is working right. If seeing those things didn’t cause strong feelings, that’d be a sign to take a break, because that burnout means that the work has become damaging to you.”

Learn how to run online accessible meetings, events or training with a panel of disabled experts.

“I Felt More Difficulty Because of My Class than I Have Because of My Gender”: Intersectional Analysis of Professional Lives of British Women Documentarians (Ania Ostrowska, Alphaville, Journal of Film and Screen Media)

From the article: “Those with caring responsibilities, the majority of whom are women, are not the only ones who follow unconventional routes to British film- and media-making. Working class-people (like Danielle), people of colour and those not born in the UK (like Ethel) often learn on the job or gain professional qualifications later in life. They need to juggle creative projects, caring responsibilities and paid employment which makes them older first-time directors than those whose careers develop undisturbed.”
Ania Ostwoska is a contributing editor for The F-Word and has been film/TV editor and rotating editor for the site in the past. You can read more of her work here: https://thefword.org.uk/author/ania-ostrowska/.

From the article: “Facebook has also targeted individuals for merely speaking out against racism or responding to hate crimes. Natasha Marin, a Black anti-racism consultant, was temporarily banned for sharing a screenshot of a racist message she received. In response to Liam Neeson’s confession that he once roamed the streets looking for Black men to harm, Carolyn Wysinger, an activist and high school teacher, posted that ‘White men are so fragile and the mere presence of a Black person challenges every single thing in them.’ It was a reasonable response to Neeson’s remarks and the long history of white men murdering random Black men. Facebook responded by deleting the post and threatening Wysinger with a temporary ban.”

‘If they sound like a man, hang up’ – how transphobia became rife in the gender-based violence sector (Moya Lothian McLean, gal-dem)

From the article: “gal-dem’s investigation into the sector reveals an underbelly of transphobia that has alienated trans survivors and pushed some workers towards a collective fightback.”

We mustn’t forget the tabloids’ sins against the gays (Jack King, Huck)

From the article: “Two weeks ago, The Sun published an interview with Russell T. Davies, declaring his new show It’s A Sin, which covers the first decade of Britain’s AIDS epidemic, to be ‘one of the most hotly anticipated dramas of 2021,’ noting that it was ‘rooted in a real-life story of tragedy’. The author, culture reporter Shannon Power, later writes that ‘Davies warned that the HIV pandemic was far from over and hoped It’s A Sin served as a reminder that stigma and discrimination still existed’. Absent from Powers’ [sic] piece is recognition of the complicity, if not central role, of tabloids like The Sun in perpetuating said stigma and discrimination.”

Sophie can show you the world and she’s changing pop music in the process (Sarah Geffen, Vulture)

From the article: “On January 30 2021, Sophie died in an accident at age 34. We are republishing our 2017 profile in the artist’s honor.”
New photo project on Instagram: Black & Gay, back in the day – A digital community archive honouring & remembering Black queer life in Britain, as it was (Instagram)

The image is used under a creative commons license with thanks to Suzie Tremmel on Flickr. It is a photograph of a number of daffodils in full bloom. The flower which is most in focus has pale yellow petals and an orange centre.