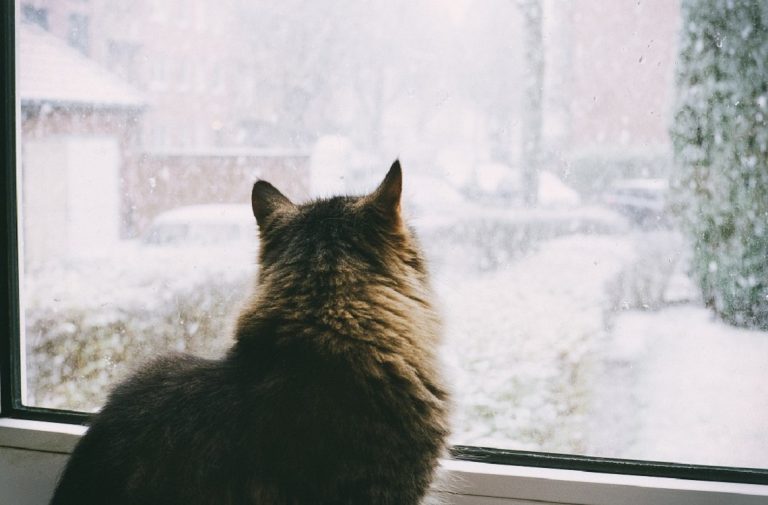 From the article: “It is telling that SOPHIE rejected the notion of ‘coming out’, instead speaking of it as an explanation and expansion of past material. […] SOPHIE dispensed with crude dichotomies of ‘before’ and ‘after’, brought dysphoria and euphoria together in the same sound, chose when to be visible and when to create in the shadows. For this, SOPHIE endures as an icon of queer freedom.”

From the article: “Usually, in typical agrarian patriarchal societies, women and men do not have equal access to household resources. This inequality is worsened during times of economic hardships as intra-household bargaining for meagre resources intensifies. […] A decrease in farming incomes is likely to have a disproportionately adverse impact on the lives of women. Furthermore, a decrease in farm incomes is likely to lead to more people going into debt — one of the primary causes of farmer suicides in India. Women belonging to suicide-affected families are particularly vulnerable to poverty. They are left to fend for themselves due to deep-rooted ideas of patrilineal inheritance, which preclude women from owning land.”

What a Joke (Sangeeta Singh-Kurtz, The Cut)

From the article: The cat dragged in the 2021 Golden Globes nominations this morning, and it seems like the Hollywood Foreign Press Association decided to be extra embarrassing this year. Big black-and-white movie Mank and serious historical drama The Crown led 2020 picks, with six nods each, the real question is whether or not our distinguished and notoriously out-of-touch voters got around to seeing Michaela Coel’s I May Destroy You, which was excluded from all 12 categories this year. Certainly, they had HBO, but it seems like they were just using it to look at coats in The Undoing rather than to watch Michaela Coel’s groundbreaking exploration of sexual assault, a show that topped almost every TV critic’s list in 2020. They definitely had time to watch 2020’s most ridiculous show, Emily in Paris, which received two major nominations: one for Best Comedy, despite making nobody laugh, and another for Best Actress for Lily Collins’s strong showing as a charmless Instagrammer.”

From the article: “There has long been a refrain among working women in America that to get ahead, the “mom” part of their lives needed to be hidden from view — lest they be viewed as “uncommitted” to the work or somehow less fit for the job. For hourly wage workers — and many of those now tasked with doing the essential work to keep our country running — that burden has often been even more pronounced.”

From the report: ” Women’s jobs are 1.8 times more vulnerable to the pandemic than men’s. The National Domestic Abuse line has seen a 25% increase in demand. Lockdown measures have contributed to isolation and mental health distress. Black and minoritised women have been particularly exposed to the impacts of the pandemic, which continues to run along racial lines.”

What the T.I. and Tiny Abuse Allegations Reveal about Hip Hop and Power (Shamira Ibrahim, bitchmedia)

The Unique Catharsis of ‘It’s a Sin’ (Patrick Strudwick, Vice)

Loss and anger raged in me after watching It’s a Sin – the stigma we faced in the 1980s is now being directed at trans people (Michael Cashman, Independent)

From the article: “Trans people have become the individuals to discriminate against, to debase, and to portray as a ‘threat’ – in the same way that previously they portrayed gay men, lesbians and bi women as a threat. It has gathered pace in the United Kingdom over the last three years because the government prevaricated over reform of the Gender Recognition Act and allowed myths to fill the vacuum created.”

The treatment of Zara Mohammed on Woman’s Hour was clickbait Islamophobia, plain and simple (Aurelia)

From the article: “Barnett asked questions based on a preconceived judgement of Islam. It wasn’t journalism, but an attempt to catch out a Muslim woman to prove the beliefs she already held. You could see it in the fact that when pushed back on the question of female imams, Barnett clearly didn’t know what an imam was or what she was actually asking. The lack of basic reading and research shone through and showed the real motive behind these questions. There was never an intention to learn or understand, but to simply get some clickbait Islamophobia for the listeners.”

Who decides what counts as ‘political’? (Sophie Izon, Red Pepper)

From the article: “Although often overlooked in mainstream commentaries, Markievicz was the first woman elected to Westminster on 20 December 1918. She stood on a Sinn Féin ticket in an election in which the party swept the Irish constituencies, winning more than sixty seats which had previously been held by the Home Rule Irish Parliamentary Party. Markievicz herself defeated the sitting MP William Field in Dublin St. Patrick’s, gaining more than 66 percent of the vote. She would soon become Minister for Labour in the revolutionary Irish government established to support independence from Britain.”

From the article: “There is a stark dissonance between bright news stories from April 2020, which crowed that “new work at home rules could help people with disabilities land jobs” and more recent ones, which report that a “fifth of disabled workers had work-from-home requests turned down during the pandemic.””

From the article: “With Lizzo being the biggest artist of 2019 [in the US], I think it’s time to look back at the fat Black women who came before her and thrived in an industry that wants artists who are men, white and thin.”

It’s A Sin is beautiful, but it neglects the women who also died of Aids (Juno Roche, i)

From the article: Globally, over half of people living with HIV are women. It’s A Sin isn’t all historically factual and nor does it need to be. But it did need to include the women who were there too, and allow them to be seen. Even if it was in a gesture as small as seeing a woman in a hospital bed, it would have shown that Aids killed women too. Jill, whose role was reduced to being that of the visitor in the last couple of episodes, seeing a woman dying from AIDS, could have said, ‘I didn’t know women could get it,’ and a nurse could have replied, ‘we’ve seen a couple of women now, she’s got kids that one’.

From the article: “’There are issues of structural racism in the grooming industry,’ he said. ‘There appears to be the strange belief that if you make products centering on a diverse audience that these products somehow won’t work equally well for anyone else or don’t have growth potential. We’re expected to accept and appreciate existing mainstream products built with no thought of people like us in mind.’”

The Bizarre and Racist History of the BMI (Aubrey Gordon, Elemental)

From the article: “Quetelet believed that the mathematical mean of a population was its ideal, and his desire to prove it resulted in the invention of the BMI, a way of quantifying l’homme moyen’s weight. Initially called Quetelet’s Index, Quetelet derived the formula based solely on the size and measurements of French and Scottish participants. That is, the Index was devised exclusively by and for white Western Europeans. By the turn of the next century, Quetelet’s l’homme moyen would be used as a measurement of fitness to parent, and as a scientific justification for eugenics — the systemic sterilization of disabled people, autistic people, immigrants, poor people, and people of color.”

The Home Office is locking up thousands of modern slavery survivors – I’m one of them (Voke, gal-dem)

The image is used under a creative commons license with thanks to barnimages on Flickr. It is a photograph of a brown long-haired cat looking out of a window at a snowy scene.