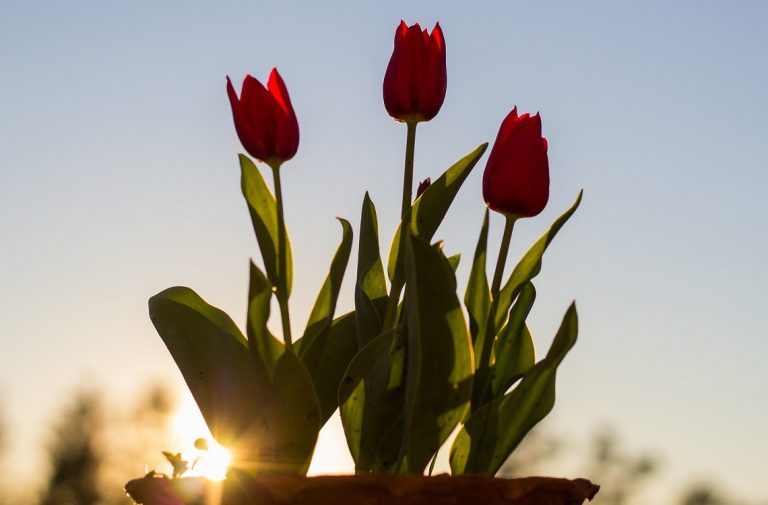 From the article: “Institutional misogyny, of course, doesn’t only manifest within the police, but extends far beyond it. A Freedom of Information request found that police officers were reported 700 times for domestic violence across the UK over the course of three years. Research conducted in 2017 by the Prison Reform Trust found that survivors reported being repeatedly arrested themselves when they called the police to report domestic violence. And in 2020, the Centre for Women’s Justice submitted a super-complaint, claiming that women victims of violence, abuse, stalking and rape were routinely failed by the police. Their central concern: ‘police abusers are being protected and not brought to justice’ because of their positions. […] Illustrator and facilitator Tamara-Jade Kaz, who attended a protest organised by Sisters Uncut, […] tells me: ‘Policing cannot be reformed as it does not deal with the root causes of harm. It deals in retrospect, only intervening when harm has already been done. Instead of holding people accountable or trying to discern how future harm can be prevented, policing seeks only to punish and fan the flames of violence through intimidation and force.’”

‘An Insult to Women’ – Everyone Hates the UK’s Plan to Put Undercover Cops in Clubs (Ruby Lott-Lavigna, Vice)

From the article: “[Sarah] joins the tragic company of murdered British women — among them Milly Dowler, Joy Morgan, Suzy Lamplugh, Rachel Nickell — in a country where over the past 10 years, on average, a woman is killed by a man every three days.
That tells a terrible story of sexism, misogyny and patriarchal violence. But the killing of Ms. Everard — suspected to be at the hands of a serving police officer — has exposed a deadly truth. In Britain, those entrusted to protect women from violence are actually enacting it. And the government’s response is to give them more power. […] You cannot weed out the “bad apples” when the entire system is what causes the rot.”

From the article: “Halima Begum, the chief executive of the Runnymede Trust, the UK’s race equality thinktank, said that it was ‘wrong on every level’. ‘The Queen as George Floyd’s murderer crushing Meghan’s neck?’ she tweeted. ‘Meghan saying she’s unable to breathe? This doesn’t push boundaries, make anyone laugh or challenge racism. It demeans the issues and causes offence, across the board.’

From the article: “Hate crime law is seductive because it seems to offer recognition of [the pain of being targeted for what we are or perceived to be]. Hate crime laws enable the state to publicly acknowledge that particular groups are targeted for violence and to send a public message that such acts of harm are not acceptable. By extending hate crime laws to groups that face high levels of discrimination or stigma such as sex workers or homeless people, the state appears to be saying ‘I see and recognise your pain.’ This recognition is important, particularly for groups that are often abandoned or treated as disposable by the state. But the problem with hate crime legislation is that it offers a false promise. It takes the symbolic aspect of recognising harm and channels it into a punitive response (tougher sentencing) that does little to stop violence and instead shores up the powers of the carceral state. While politicians often use the language of ‘protection’ and ‘safety’ when advocating for hate crime laws, that’s not how hate crime legislation actually works. The state is merely showing ‘care’ through increased use of punishment and prisons.”

Why nudes should be considered a part of sexual health (Elena Michael, Your Daye)

Why making misogyny a hate crime is not necessarily the win for women you think it is (Joanna Whitehead, Independent)

From the article: “Another issue – which cannot be raised without highlighting the 19 per cent cut to the police budget since 2010 – included dissatisfaction with the quality and delivery of the training provided to officers. This dissatisfaction was seen in victim outcomes: in the report one woman said she was repeatedly told that misogyny was not a hate crime when reporting to the 101 police service, despite the [Nottingham] pilot running.”

Joanna was previously rotating editor and music editor for The F-Word. You can read more from her here: https://thefword.org.uk/author/j-whitehead/.

What About the Trans Athletes Who Compete — And Win — in Men’s Sports? (InsideHook) [USA article]
From the article: “When the coverage of trans kids who play sports focuses exclusively on the competitive aspect of the game, so much other context gets missed. Nearly 60% of kids participate in a sport at some point in their lives, and to deny trans kids the opportunity to do so is to deny them a formative experience that so many of their peers get to have. Competition is not the only reason kids play sports; other well-documented benefits include improved grade-point average, better focus, mental and physical health benefits, and a host of social and psychological rewards.”

From the article: “The resignation of the board on Thursday comes after several directors stepped down, including Pride in London’s most senior black volunteer, deepening a race crisis within the organisation behind the UK’s largest Pride march. The resignation letter calls for new leadership to take the organisation forward and for an independent investigation by the mayor’s office into allegations of marginalisation and bullying.”

The inhumanity of ‘no recourse to public funds’ (Ethan Stone, Tribune) (CN: sexual and physical abuse)

From the article: “Throughout this time, Seema has been entirely unable to access the barest level of state support, which many of us—threadbare and often woefully inadequate though it is—take for granted. Until recently, her immigration status meant that she had ‘No Recourse to Public Funds’ (NRPF), a condition applied by default to anyone in the UK without permanent leave to remain. Introduced in 1999, NRPF leaves people unable to access support like universal credit, child benefit, working tax credit, and more, often for years – despite still being subject to the standard rate of tax. For Seema and others, the ways in which access to state support could make a life of struggle that bit more manageable hardly need stating. But worse still are the ways in which NRPF actually creates the conditions for individuals to be abused.”

From the article: “An extraordinary catalogue of sexual misconduct allegations against Metropolitan police officers, including claims that one had sex with a rape victim and another assaulted a domestic abuse survivor, are revealed in documents obtained by the Observer. […] Among those who resigned was an off-duty special constable who was accused of raping women he met at a nightclub. Last week Downing Street unveiled plans to protect women by putting plainclothes officers in nightclubs, a scheme swiftly derided by campaigners with some asking who would protect women from undercover police.”

From the article: “Few women have requested these measures, which seem bizarrely irrelevant to the issue at hand. Increasing the presence of undercover police in bars and clubs would have done nothing to prevent the conditions of Everard’s death as we currently understand them; her killing took place during a pandemic, she was not in a bar or a club, and the man charged in association with her kidnapping and murder wasn’t a civilian, but a serving police officer. In light of all this, how could the presence of more police, invisibly woven into the fabric of women’s everyday lives, possibly make us feel safer?”

From the article: “He used techniques taught during police training to try to tackle the mum-of-two to the ground and put her in a headlock. Miss Homer, 36, managed to flee from the scene as Banfield, who had been on a night out, branded her a “f ****** slag”.”

Anti-Asian racism is its own particular brand of bigotry – to defeat it, we must understand it (Siam Hatzaw, gal-dem) (cn: violence, racism)

From the article: “These examples form part of a larger network of sexual racism. The Atlanta suspect’s disturbing claims of a killing motivated by the desire to eliminate ‘temptation’ point to influences of toxic purity culture on sexual obsession, and a specific strain of white Christian nationalism. When describing his ‘sexual addiction’, it’s important to understand that in many evangelical circles, this concept differs in definitions. Because sex is so intrinsically tied to the idea of sin, ‘sexual temptation’ is presented as an addiction. Emily Joy’s #ChurchToo quotes from a popular evangelical book that describes sex outside of marriage as an addiction. In Michael Luo’s reflection on the history of white American Christianity, he discusses data suggesting Christian nationalism was invariably the strongest predictor for displays of xenophobic attitudes regarding Covid-19. Crucially, sociologists found ‘Christian nationalism is not the same as personal religiosity’ and ‘religious commitment […] tends to improve attitudes on race’.”

Boris Johnson was portrayed as a liberal, but his draconian government is wrecking Britain (Rachel Shabi, Independent)

From the article: “This inability to appraise our politics is partly due to the deflecting force of British exceptionalism: that an authoritarian slide can only happen in other, faraway countries.”

From the article: “The growing movement to eradicate racism, to create an anti-racist America, may yet exalt these women into martyrs to the cause. But for now, for this moment, I want to love them. I want the families and friends who survive them to know these women were valuable. For all the care they gave, all the times they administered or yielded touch. I want to touch back.”

A love letter to Sisters Uncut: Four members lift the lid on what makes the group so effective (Sisters Uncut, gal-dem)

From the article: “Underscoring all of our organising is deep ethics of care, the knowledge that care work produces and reproduces the workforce. We believe in and try to practice revolutionary love – understanding that we will fail each other in many different ways, but believing in our capacity to fight together and to act collectively.”

Writing Myself Back Into My Body and Into the World (Shayla Lawz, Catapult)

From the article: “When I returned to Providence, everything that once was disarmingly quiet and unimaginative suddenly became so loud. I continued to write poems, but now I was thinking about this lexicon: the sounds and images that, out of recognition, live in our bodies. I thought about the differences in how each of us listens, how we see, and ultimately what each of us is capable of imagining. I thought about those intentional silences: what one person refuses to see to avoid seeing themself. This event wasn’t news to us; it wasn’t news to people like me. Yet I realized that for some people, including those in my MFA program who had grown up privileged and without the same lexicon, there was a safety in not hearing, not seeing, and not imagining. So, when I brought in a section of this writing to workshop and a white professor did not recognize the world I was writing into and toward, I was not surprised by his lack of imagination but by the silence it made in my body. I brought in poems that played with sound and typography, poems that considered these realities but that also imagined Blackness speculatively in radiation, in light.”

One Year Without Sex, Love or Dating (Shon Faye, Vice)

The image is used under a creative commons license with thanks to Daniela on Flickr. It shows three red tulips in a pot with blue sky behind them and a shaft of sunlight shining through the leaves.