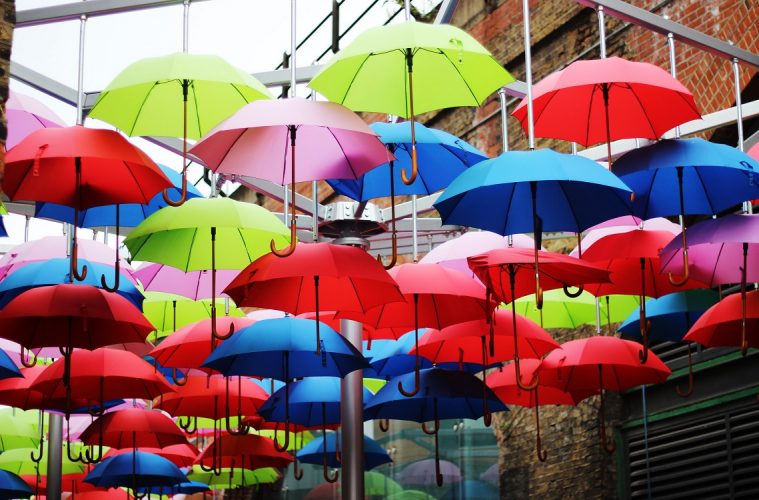 How transphobia found a home on TikTok (Beatrice Hazlehurst, i-D)

This vile article in the Times shows us why we must unite to stamp out anti-GRT racism (Sophia Purdy-Moore, The Canary)

Tarana Burke is just trying to do her work (Shamira Ibrahim, The Cut)

From the article: “As the [Me Too] movement continues to confront the harm exacted on Black lives, the question lingers: How do we establish a framework to protect Black survivors, particularly those who aren’t established public figures?”

The image is used under a creative commons license with thanks to Kieran Clarke on Flickr. It is a photograph that shows an outdoor art installation, featuring multiple green, blue and red umbrellas hanging on a square metal structure suspended in the air.