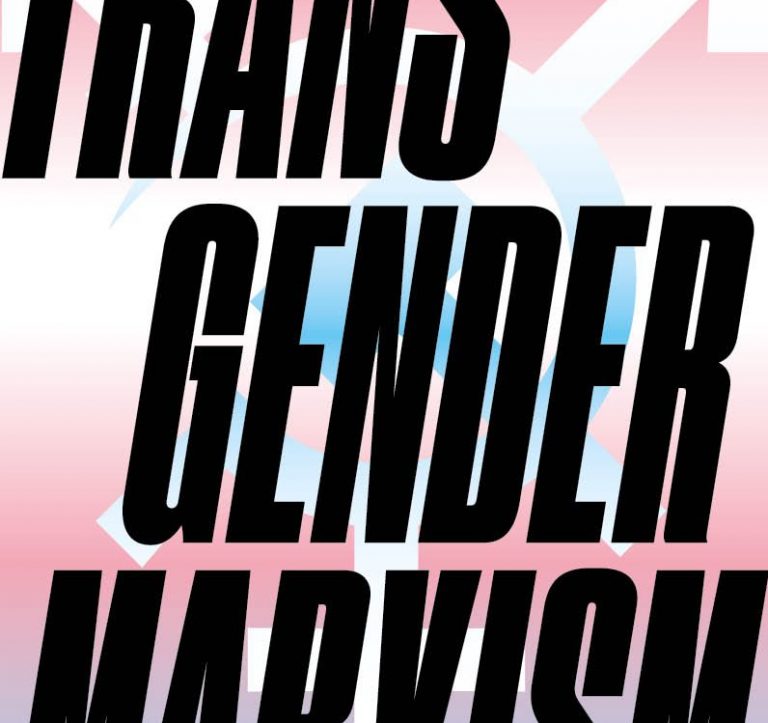 On 21 March, less than two weeks after Republican legislators introduced the 82nd anti-trans bill of 2021, University of California professor Catherine Liu tweeted disparagingly about pronoun introductions to her predominantly left-leaning followers. Pitting working-class socialism and trans justice against each other, Liu described hearing that “service union workers” had left a meeting of the Democratic Socialists of America, the largest socialist organisation in the US, after being asked to introduce themselves with their pronouns.

Transgender Marxism, edited by Jules Joanne Gleeson and Elle O’Rourke, boldly challenges the notion that trans people have no place in working-class life or Marxist politics. Featuring 16 original essays written by trans writers from around the globe, Transgender Marxism reveals poor and working-class trans people have made – and are still making – transformational contributions to revolutionary struggles and Marxist theory. Primarily centered around the UK and US, Transgender Marxism demonstrates trans politics’ emancipatory potential, the shallowness of trans-antagonistic socialism and the emptiness of liberal transgender politics exclusively working towards legal equality under racial capitalism.

In an ambitious introduction to Transgender Marxism, Gleeson persuasively argues that trans Marxism has long existed in “esoteric and fleeting outlets” – from trans communist Leslie Feinberg’s writings about transgender history, to zines circulating among queer organisers. Instead of presenting herself as trans Marxism’s authoritative and singular inventor, Gleeson positions herself as a sympathetic curator of “gender deviant Marxist thought”. As such, Gleeson welcomes a wide range of perspectives across the Marxist tradition, privileging rigorous debate grounded in historical materialism over dogmatic orthodoxy. Through “thinking with Marx” regarding “sinister” for-profit gender clinics, trans workers’ differentially racialised and criminalised labour and trans children’s mass expulsion from heterosexual families, Gleeson previews some of the urgent topics Transgender Marxism explores.

Zazanis contends “trans people assist other trans people in the development of our identities” via providing reproductive labour for each other—emotional support, transition advice, housing and so on

The book hits its stride when discussing reproductive labour, which University of California professor Evelyn Nakano Glenn defines as the “array of activities involved in maintaining people both on a daily basis and intergenerationally” – whether unpaid childcare performed by parents or paid service work undertaken by nurses and nannies.

In Transgender Marxism’s second essay, US-based Marxist feminist Noah Zazanis extends Marxist feminist theories of reproductive labour with the goal of understanding “how trans identities are formed”. After noting cisgender Marxist feminists often portray “gender […] as a structure imposed onto its subjects”, Zazanis convincingly argues trans people exert “individual and collective agency” over our gender identities. Applying insights from social cognition theory, Zazanis contends “trans people assist other trans people in the development of our identities” via providing reproductive labour for each other—emotional support, transition advice, housing and so on. Crucially, Zazanis recognises that this trans reproductive labour “looks different across race and class lines, due to the historical and ongoing segregation of trans circles”. Citing US-based Black and brown trans women-led organisations, like No Justice No Pride and GLITS Inc., which provide various kinds of financial and legal support for their members, Zazanis portrays trans reproductive labour as a resistant means of surviving a hostile world.

Describing
their transition as “a series of encounters” between hostile strangers and their rapidly changing body, Hoad presents gendered street harassment and public-facing service work as inextricably linked While Hoad and Dickinson mostly focus on wage and familial labour, Farah Thompson centralises social movement labour in her insightful account of her transition and radicalisation. After detailing her struggles “matching an ever-shifting ideal” of how a Black trans woman “should” behave, Thompson describes joining anti-war, Occupy and sex worker movements, where she “saw in real time how socialist organizing gave people frameworks to care for others and advance their interests in a common struggle”.

By building an independent proletariat organisation that understands transness “as a mediation of class”, Flower claims trans communists can avoid “false solutions”, like rainbow capitalism, in their quest for communist gender liberation

However, Thompson convincingly argues that leftists and liberals often turn Black trans women into one-dimensional symbols of militant radicalism, who “service some purpose which is not our own”. Instead of ignoring Black trans women’s material needs, obsessively policing their behaviour, or fetishising their bodies, Thompson argues those who consider themselves her co-conspirators should understand “love” as “a verb”, which requires concrete interpersonal action and a political commitment to seizing power in the face of escalating fascist violence.

While Flower expresses suspicion towards nonprofits and legalistic tactics, describing them as “the left wing of capitalist politics” that emphasize “service provision, repressive population management, and ideological control” over the proletariat, Virginia Guitzel offers a more sympathetic view of electoral tactics in her analysis of Brazilian trans politics. After critiquing a capitalist trans political agenda that “points to consumption as the only viable ‘solution’”, Guitzel argues trans communists should organise “a revolutionary party rooted in the working class with a strategy that brings together the tactical struggles in parliament, in trade unions and social movements to strengthen the power of the working class”.

Transgender Marxism will not satisfy all readers, as Gleeson warns in her introduction. Though Gleeson and O’Rourke “aimed to include a global range of perspectives”, the vast majority of Transgender Marxism’s authors hail from – and focus their analysis on – the UK and US. Readers interested in “gender variant Marxist thought” from the African continent or the connections between migration, global capitalism and gender transition, will have to look to other authors. Transgender Migrations: The Bodies, Borders, and Politics of Transition, edited by Trystan Y. Cotten or Mobile Subjects: Transnational Imaginaries of Gender Reassignment by Aren Z. Aizura can offer what Transgender Marxism may be lacking in a more international trans perspective. Sadly, since these are both academic texts, they may not feel accessible to everyone.

Even though Transgender Marxism will not please everyone, that doesn’t make it less of a monumental intellectual achievement. Alongside Jules Gill-Peterson’s compelling essay about communist internet aesthetics and white trans women’s sexualised racism, Transgender Marxism emerges as one of the most sophisticated analyses of trans people’s relationship with Marxism published in 2021.

Transgender Marxism is published by Pluto Press and available for purchase here.

The first image shows a cropped version of Transgender Marxism’s cover design. The second image shows the complete cover. The cover’s background shows the blue, pink and white of the transgender pride flag with the transgender symbol and hammer and sickle merged together. Across this image the book’s title is written in bold black font. This image is used with permission from Pluto Press.