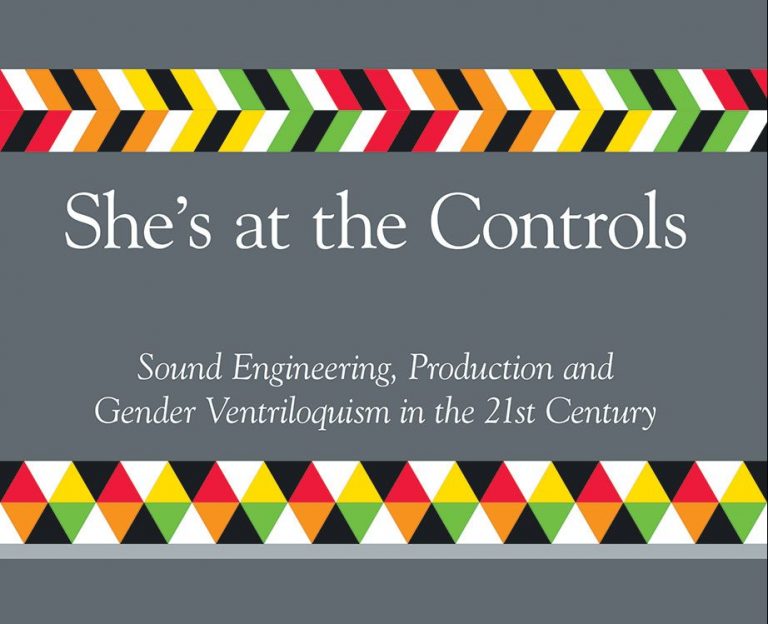 Why are there so few women producers?

In her newest book, She’s at the Controls, Helen Reddington reflects on her own experience as a young musician, surprised to hear of Elton John’s marriage to his sound engineer, Renate Blauel, in 1984. Not because (as was widely known at the time) John was gay, but because his sound engineer was a woman and, despite being five or six years into her own music career at the time, Reddington had never previously heard of a woman sound engineer. Flash forward 35 years to 2019 and Reddington is interviewing a woman who refers to herself as “The only female sound engineer in Britain”. This anecdote highlights in two ways just how little the situation has changed since 1984. For a start, Reddington knows that her interviewee’s description is not an accurate one, because she has already spoken to another British woman sound engineer – Felix Mackintosh – who also appears in She’s at the Controls. Second, her interviewee’s self-description reflects a continuing lack of awareness of women sound engineers within the music industry itself. It was this 2019 interview, along with Reddington’s growing frustration about the high dropout rate of women students from studio training on the various university courses she teaches on, which provided the stimulus for She’s at the Controls. As I have mentioned, the stories told by these producers and engineers are interesting and inspiring in their own right, and it’s definitely worth mentioning that there are positive professional tales within the book alongside, or more often entwined, with the negative. Chantal Epp was able to forge her mutual interests in sound production and cheerleading into a singular but inspiring career. Felix Mackintosh ‘inherited’ a portastudio when the band she played bass in fell apart, thus leading to a career in sound engineering, production and remixing. Susan Rogers has been rightly recognised for her work with Prince. While she is not interviewed for the book, Reddington also regularly mentions the excellent Isa Summers, the ‘Machine’ within Florence + The Machine, and her role in creating the band’s iconic sound. She also gives an elegant salute to Imogen Heap, the musical polymath who, among other things, is also a producer. This is a fantastic book that illuminates an area of the music industry that doesn’t tend to be exposed as often, or as thoroughly, as it needs to be. Hopefully She’s at the Controls will prove to be a useful handbook for aspiring sound engineers and producers, just as it also lays out areas that need to improve, or where there may be trouble in the future. Alongside age-old issues like government cuts to music education and the industry’s failure to highlight women engineers’ and producers’ work, which ensures a lack of visible role models for women seeking to enter the industry, Reddington touches on more recent economic concerns: an over-abundance of music technology graduates and a diminishing number of jobs in studios to satisfy them. In this situation it is to be assumed that those with the sharpest elbows, loudest voices and best connections are the most likely nab these limited jobs. Reddington points out that those she spoke to were the survivors, the ones who made it in an industry that is hostile to women. Had she spoken to those who didn’t make it, who dropped out, who found the sacrifices and hostility too much to take, she may well have had a very different book on her hands. The inequalities faced by the women featured in She’s at the Controls, such as misogynoir and hostility towards women in STEM, are borne from societal prejudices and sharpened in the working environments of sound engineering and production. These problems are bigger than the studios, schools and universities that house them, but that doesn’t let those organisations and environments off the hook when it comes to addressing them. She’s at the Controls is published by Equinox Publishing Ltd and is available for purchase here.

The first image shows a cropped version of the book’s cover design. The cover has a grey background with multicoloured and patterened lines which surround the book’s title. Below is a picture of a wavelength. This image is used with permission from Helen Reddington.