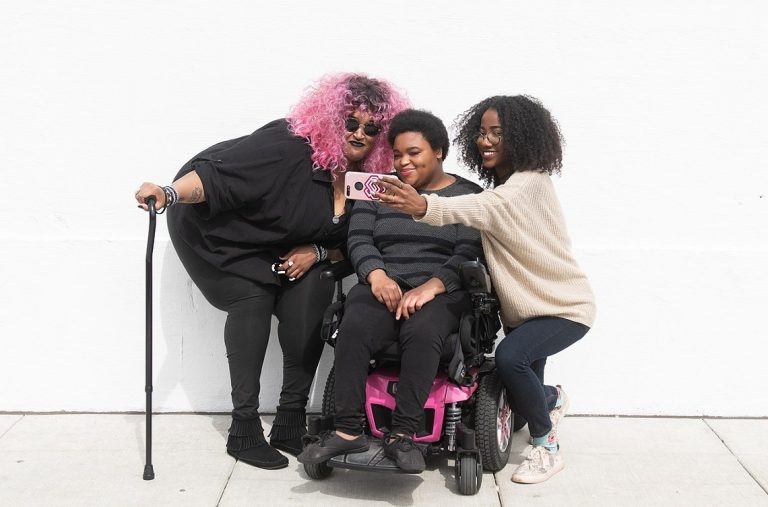 It’s been a while since I’ve done one of these, so I’m very excited to be sharing some of the interesting articles we’ve been reading this week!

The usual caveats apply: linking to these articles doesn’t mean they’ve been endorsed by the whole team (though I must say I’m happy to give a personal nod of approval to most of what appears below) and while we’ve added content notes to the best of our judgement, it’s worth reiterating that many of the items contain upsetting details about discrimination, oppression and injustice, so do please proceed with caution.

As ever, we welcome engagement on our Facebook page, Twitter, Instagram and comments section below (though obviously any comments containing sexist, racist, homophobic, classist, transphobic, disablist, ageist or anti-sex-worker language will be deleted, flagged or simply not published in the first place, depending on the protocol of the given platform). If you notice that we’ve missed out any important articles/issues from the past week or would just like to comment more generally, please feel free to get in touch via our social media or the form below.

Bristol strip club ban ‘will put dancers in danger’ (BBC News)
From the article: “What we are asking people to understand is that stripping is a job and just like any other worker we need to benefit from the same rights, which is to be safe at work.”
Petition here.
For further background, also see: United Voices of the World (UVW) Union Statement to the Bristol City Council’s Consultation in support of the continued Licensing of Sexual Entertainment Venues (SEVs) [September 2021]
From the statement: “At United Voices of the World, we feel that one of the most effective ways of reducing harm in the workplace is the right for workers to organise collectively, access trade union representation and enter collective bargaining conversations with their bosses. By implementing a nil cap SEV policy, Bristol City Council would be effectively forcing workers into private spaces without the protection of those rights offered within the existing strip clubs.”

Re-centring white victimhood in the age of Black Lives Matter: a ‘gender critical’ project? (Ilaria Michelis, LSE)
From the article: “Ultimately, the white victim becomes a tool to justify discrimination and violence against minoritised groups, who are in turn dehumanised and demonised in public discourse and the media. Depictions of trans women as deceitful monsters seeking to violate the purity of innocent young women and their ‘safe spaces’ recall all too clearly the starkly racist representations of Black men during the Jim Crow era. The brutalisation of Black men and their portrayal as always duplicitous and dangerous were, and sometimes still are, used to justify their murder and disproportionate incarceration. In a similar vein, the image of a male rapist pretending to be a woman to invade women’s bathrooms and changing rooms is constantly conjured up by ‘gender critical’ feminists to bolster their violent acts of exclusion against trans women and obscure their deeply harmful, and potentially fatal, consequences.”

From London to New York, how many people of colour will die before housing failures are addressed? (Sabah Hussain, gal-dem)
From the article: “The authorities that we rely on to keep us safe have repeatedly failed their citizens. If whistleblowing is not the answer, then what is? If laws aren’t enough to protect people, what will? If the glaring pattern of disregard for working-class communities of colour isn’t enough to make people angry, what will? Tenant unions and individual efforts have begun a pushback, but as the “big squeeze” provoked by Covid-19 begins to bite in places like Britain, housing standards are likely to get worse and worse for those unable to afford to protest against poor conditions.”

Sidney Poitier was a defining figure of distinguished Blackness (Todd Boyd, Guardian)
From the article: “When Poitier began his career, most movies featuring predominantly Black casts were musicals. Black men who appeared in otherwise all-white films tended to be represented as inarticulate, child-like buffoons; racial clowns who scratched when they didn’t itch and laughed when nothing was funny. Poitier’s rise to the top of the Hollywood mountain changed this. He was often the lone Black person moving through hostile white spaces. His refined, erudite and dignified image was a counter to the coonery and buffoonery that figures like Stepin’ Fetchit, Mantan Moreland, Eddie ‘Rochester’ Anderson, and Willie Best had previously represented. Like so many elite mid-century jazz musicians, Poitier wanted people to see him as an artist, not as a stereotypical entertainer. And in this he succeeded.”

What is reproductive racism? An interview with Sophia Siddiqui (Conni Schwaerzer-Dutta, Rosa Luxumberg Foundation)
[Via Genevieve]

Theatre leader Pooja Ghai: ‘I couldn’t sit back and complain about roles I wasn’t getting’ (Arifa Akbar, Guardian)

Janet Jackson praises Lizzo for inspiring women to ‘come into their own’ (Saman Javed, Independent)

Interview – Suriya Aisha, Sickbabe – a new type of disability podcast (Tom Jamison, Able Magazine)
From the article: “Sickbabe is kind of funny and frank chats with people who live with invisible disabilities; mainly women and non-binary people who experience chronic illness and disability. I thought there was a bit of a gap within conversations about disability and about some of the awkward stuff that goes on in our lives that isn’t just centred specifically around medical intervention, going to the doctor, trying to save or fix ourselves, but about relationships, sex, family dynamics and friendships.”
You can listen to the podcast here. Revisited: Madison de Rozario’s path to wheelchair-racing fame (Laura Murphy-Oates and Kieran Pender, Guardian podcast) [Australia]
From the podcast: “As a girl, you’re trying to fit this already-impossible mould and as a girl with a disability, it just felt so incredibly impossible: there was nothing I could do that would move me towards what I thought the standard being set to me was, that I was also internally setting for myself. Sport kind of helps you reclaim that autonomy…

“…A lot of the language that I’ve drawn to talk about disability, I’ve drawn from the feminist movement, because it’s the same. It’s this discomfort that we have: of something outside of what we have decided is the norm. And it’s existing in a world that is not designed for myself … And the further you are from that mould, the more concessions you feel like you have to make.”
[I couldn’t find a full transcript for the podcast above. Please feel free to comment below if you know of one!]

Digital Feminist Activism – Questionnaire for 18–25-year-olds (Bath Spa University)
Note from Alessia: This is a non-commercial project from Rebecca Feasey, a teacher at Bath Spa University who runs the Film & TV course. The findings will inform a book chapter on digital feminist activism and feature in future academic books, articles, academic conference presentations and higher education teaching. All responses to this survey are anonymous, and data will only be used for research analysis, after which all responses will be deleted. More info is also available on the questionnaire page.

Her Prerogative: Britney Spears Can Do Whatever the Hell She Wants (Lindsay Lee Wallace, Bitch Media)
From the article: “Negative reactions to Spears’ photos rely on the same hypocritical, misogynistic slut-shaming and paternalistic infantilization that have always plagued women and disabled people who commit the crime of having bodies. But the bottom line is that Britney doesn’t owe anyone—whether it be her family or her fans—anything.”

Geena Davis Decries Ageism in Hollywood; Was Told She Was Too Old for Role by Potential Male Co-Star (Valerie Complex, Deadline)

Yes! Magazine: 60 Years of Intersectional Feminism: An Interview with Selma James (Leila Hawkins, English Collective of Prostitutes)
From the article: “Today, ‘intersectional feminism’ is a buzzword, and the value of caring is in the spotlight thanks to the COVID-19 pandemic. But before that, James and her fellow activists were prominent campaigners for the rights of sex workers, lesbians, women of color, immigrants, asylum seekers, rape survivors, and working-class people, viewing all these as part of the same struggle.”

This week’s round-up was compiled by Holly, with thanks to Lissy, Alessia and Genevieve for their aforementioned contributions.

The featured image is a zoomed out full body shot showing three Black and disabled friends: a non-binary person with pink/purple hair, a cane and tangle stim toy; a woman sitting in a pink/purple power wheelchair; and an invisibly disabled woman (as disclosed by the photo owners). The group are smiling and taking a cell phone selfie together. This image is from the Disabled And Here collection: a disability-led effort to provide free and inclusive stock photos shot from the photographers’ own perspectives, featuring disabled BIPOC (Black, Indigenous, People of Colour) across the Pacific Northwest in the US. The file is licensed under a Creative Commons Attribution 4.0 International license.

The second image shows Australian athlete Madison de Rozario with the gold medal she won in the women’s T53 800m at the Tokyo 2020 Paralympic Games in 2021. She is a woman of Australian/Singaporean origin with ash blonde hair and is wearing a yellow top and sitting in a racing chair. This image was taken by Australian 2020 Paralympic team media liaison officer Margaret (Margie) McDonald during the above event and donated by her to Paralympics Australia for licensing under a Creative Commons Attribution-Share Alike 3.0 Unported license.