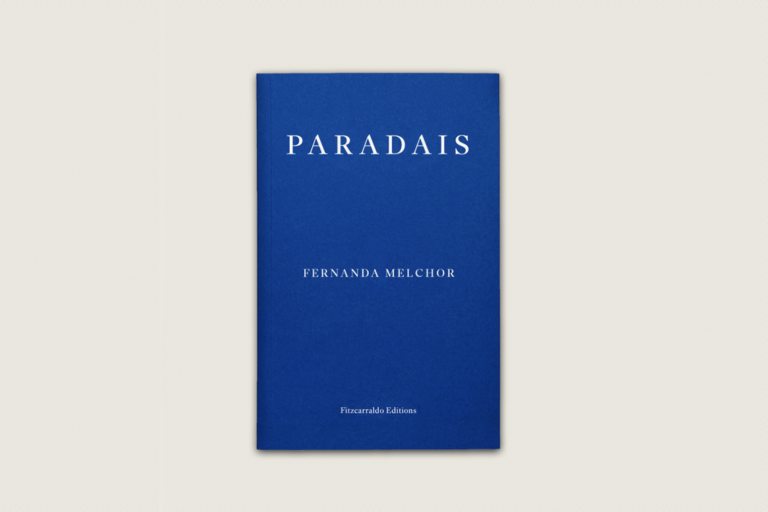 A relentless attack on sensibility

Fernanda Melchor gained inspiration for Hurricane Season – her first novel translated into English – from a newspaper she was photocopying for her university PR job in her native Mexico. She read that a woman had been found dead in a river, and the defence by the murderer was that the victim was a known witch who had tried to use her skills against him. Melchor had wanted to write a non-fiction book about the event, but eventually had to turn it into fiction because she couldn’t visit the area due to its high crime rates.

Paradais centres on a similar sense of inaccessibility, but at the other end of the scale. The title refers to a gated community housing some of Mexico’s richest people, and centres on Polo, one of the complex’s gardeners. He and teenager Franco, who lives in Paradais, spend their evenings excessively drinking and plotting to take their general sense of disillusionment out on the residents. For Polo, the main sources of his frustration are his narco-controlled village and his mother, who wants the best for him; he wishes to escape both. Franco, on the other hand, fixates on his rejection from his immediate society. His frustrations with his weight (articulated through the sometimes breathtakingly creative ways that Polo is fatphobic towards him), the abandonment by his wealthy parents and his addiction to porn culminate in an obsession with a neighbour. This neighbour, the wife of a famous television presenter, is hyper-sexualised by both Franco and Polo, and becomes central to a sense of disillusionment for both of them.

Readers of Hurricane Season will be aware of Melchor’s style: walls of text that hit you over the head in their directness and brutality. She deals with violence, racism, misogyny and classism in a specifically Mexican context, and as with her English-language debut, these individual forms of oppression are all directed at one woman.

It is this technique (crescendos of violence enacted on a woman after outlining the social issues that Melchor points out as a part of Mexican society) that is the most uncomfortable aspect of her writing. It is also the most effective; she essentially chooses a Christ-like figure to take on oppressions that are largely enacted by men. That is not to say that she doesn’t take pains to point out how racialised, class-based male entitlement further oppresses these same men who turn to this system of violence that empowers them.

For Polo, this culminates in an overwhelming sense of frustration against his job and how his mother used her limited connections to help him get it. The contract he signs in front of her and his new boss is “horse shit” and an indication that he has “sold his soul to the devil”; in his eyes, he has become an emasculated “minion”. The only alternative for him is to join his cousin Milton in organised crime, but Milton pushes him away (probably for his own protection). Melchor uses Polo as an example to highlight the catch-22 that Mexican men find themselves in: either be underpaid and overworked in an unfulfilling job that serves the elite, or join the narcos and become traumatised, as his cousin is, by the senseless and hideous violence that they are both victim to and perpetrators of.

Franco, on the other hand, represents a false sense of control that is perhaps less specific to Mexico. His fixation with his neighbour is reported from Polo’s perspective, which serves to illustrate the very reasons for his fantasy. Polo says that Franco “didn’t have the balls to actually make a move and stop spending his life drooling and pining like a dummy, like the jarring little pussy he was”. His disgust towards Franco is based on his weight, his privileged position in society and the resulting helplessness that the teenager has when faced with tough older men. Franco overcompensates in response to this by becoming hypersexual and fixating on his neighbour because he knows that his maleness is the one thing that he can use against her and gain control through.

These stories highlight a range of experiences, backgrounds and communities that add nuance to the international view that narcotic-driven organised crime dominates this region

There is a growing variety of Latin American stories being translated for an English-speaking audience: independent publicist Charco Press is dedicated to distributing texts from South American countries by translating them into English, Fitzcarraldo Editions have published both Paradais and Hurricane Season (both translated excellently by Sophie Hughes) and Daunt will be publishing Nona Fernández’s Space Invaders and The Twilight Zone in July (translated by Natasha Wimmer). These stories highlight a range of experiences, backgrounds and communities that add nuance to the international view that narcotic-driven organised crime dominates this region.

This view of South American countries has partially been formulated through crime statistics, but also through the representation of South America in TV shows like Narcos and films like Man on Fire and Baz Luhrmann’s Romeo + Juliet, which riffs off the turf war trope. These particular examples have largely been told through a North American viewpoint and, (in my opinion, the fixation on narco-driven crime is taking over from Italian-American Mafia stories in the organised crime genre.

With texts like Paradais, the realities for those impacted by Latin-American crime is prioritised over simplistic stories with clear antagonists. Melchor is keen to highlight that there are a variety of reasons why men in particular turn to systems of violence and coercive control in Mexico, and how this behaviour manifests in the treatment of women. Her writing makes it possible to misread her intentions (if, indeed, I am correct about her intentions): the apparent ease with which she slips slurs and truly horrible human behaviour into her torrent of prose could be seen as alarming by a reader not predisposed to, or ready for, an uncomfortable reading experience. However, what this relentless attack on sensibility is truly representative of is the realities of daily life for the communities she is concerned with. This is an account of misogynistic violence that has a meaningful representation.

Paradais will be published by Fitzcarraldo Editions on 23 March 2022 and is available to buy at your local independent bookshop.

The image shows the book’s cover: the title and author’s name in a while serif font against a royal blue background.