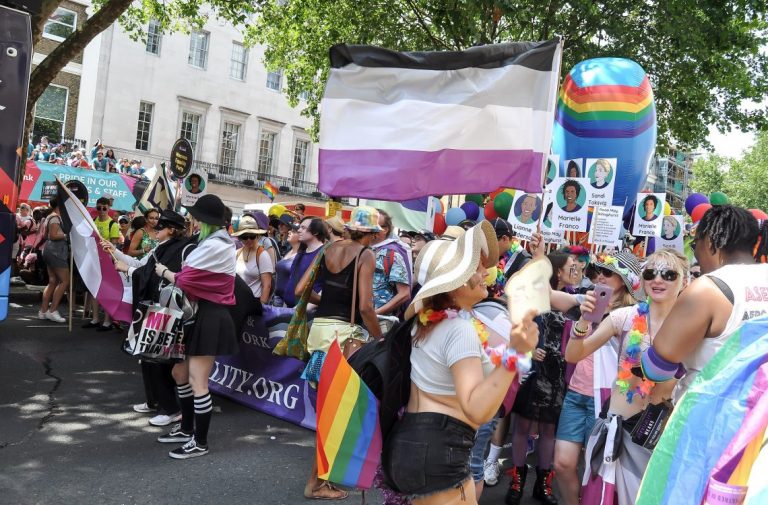 Wednesday 6 April 2022 marks the second ever International Asexuality Day, a coordinated international day held in solidarity with, celebrating and advocating for, asexual people, along with raising awareness and encouraging acceptance from the wider public.

The need to raise awareness, understanding and acceptance of asexuality is clear when you look at the statistics. Launching a project in collaboration with ace activist and International Asexuality Day co-founder Yasmin Benoit, Stonewall shared the statistics that had pushed them into starting the first-of-its kind project.

With up to 1% of the UK population identifying as asexual (or ace), it’s disheartening to know that nearly 9 in 10 ace people have avoided being open about their sexuality, while 1 in 10 have been offered or undergone conversion therapy.

What’s more distressing is that asexual people have no protection under the Equality Act 2010, as asexuality is not yet classed as a sexual orientation, but as a hypoactive sexual disorder.

So what is asexuality?

This is an important question, considering that in a 2019 poll, 75% of people got the definition wrong – even though 53% had answered that they were confident they knew what asexuality was.

In the end, there’s no one single definition of asexuality that doesn’t come with a hundred caveats attached, but that’s not a bad thing. It allows for asexual people to define their own sexuality and the labels they want to accept and reject for themselves.

Why visibility is important

Unfortunately, with the limited visibility of asexuality in public life and the media, it’s easy for people to think they know what asexuality looks like or to dismiss it entirely, and that can have an unfortunate backlash against asexual people themselves.

Of the asexual people I know, most didn’t realise they were asexual until their 20s or 30s. Before they came to that realisation they felt pushed to engage in sex they didn’t want or enjoy, to pantomime sexual attraction they didn’t feel, or they lived with a feeling that there was something wrong with them. I lived with the same feelings until I recognised my own greysexuality/demisexuality.

The dearth of resources about asexuality when I was growing up meant I spent years feeling weird about my own sporadic attraction to people, or confusing different types of attraction for sexual attraction, with awkward consequences for my personal life. When I finally found resources that described my own experiences with sex and sexuality, it was a total revelation.

While there are now more resources available for young people grappling with their own asexuality – even in mainstream teen publications like Teen Vogue – I’m excited to see events like Ace Week and International Asexuality Day pushing to raise more awareness with the public. Open communication about sex and sexuality has a  positive impact on people’s wellbeing and on societal attitudes to sex, and increased recognition of asexuality as a genuine sexual orientation can only help improve the lives of asexual and allosexual (or non-asexual) people alike.

It can be hard to know where to get started with learning about asexuality. Below is a list of resources to help you start learning about the topic, to access support if you’re asexual or just to see yourself represented.

The feature image shows a group of people holding up various LGBT+ flags at London Pride 2018. The ace flag is prominent in the centre of the image. Image by MangakaMaiden Photography, via Wikimedia Commons, used under the creative commons license 2.0.