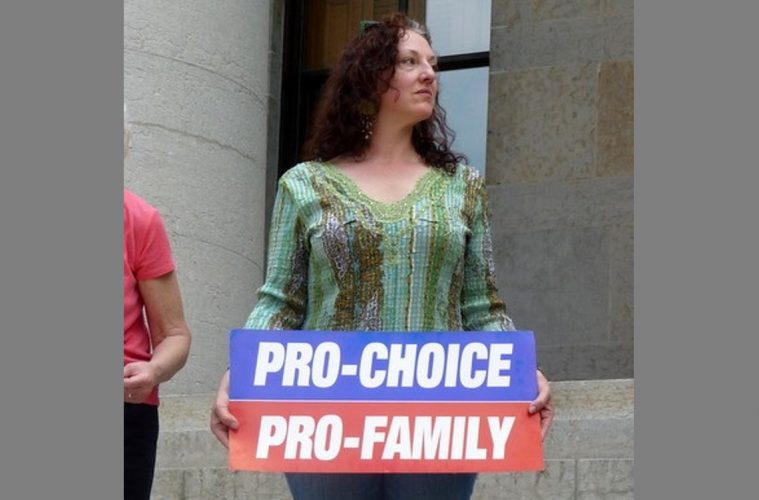 Reproductive Rights: Women Pitched Against Each Other (Again)

Catholic Herald editor, Cristina Odone, is in the Guardian today, reminding us that not all anti-abortion activists are violent “freaks or fanatics” fired by religious zeal. In fact, she points out (twice) that some pro-lifers might even be our neighbours. Apparently, these “activists” are actually the 45,000 British couples who seek fertility treatment annually and for whom the 200,000 terminations that take place each year are a personal insult. The trouble is that these so-called new recruits are, as Odone admits, actually rather hard to quantify. In fact, the only back-up in the whole article for Odone’s theory is one quote from Martin Foley of Life, noting that “the rise in infertility represents a very powerful factor in today’s pro-life movement.”

What I think Odone and Foley basically mean is that the anti-abortion movement are waiting in the wings to handily exploit any pain, frustration or anguish experienced by infertile people. They are willing to patronise anyone who is infertile or has difficulty conceiving and then add insult to injury by using that person’s situation to fuel anti-abortion rhetoric (with or without that person’s input or permission). The disappointment and frustration often experienced by people having difficulty conceiving is then automatically tied together with anti-abortion sentiments:

For couples seeking assistance with conception, and for the 30,000 women who know they cannot have children naturally, the argument that legal abortion empowers the sisterhood holds little sway.

This is pretty offensive on three counts. First of all, there is the assumption that every single one of those 30,000 women who know they can’t have children naturally must want them as much as any couple seeking assistance with conception. Then there is the sweeping implication that such grief must automatically render those people incapable of being objective about abortion. The final blow is in Odone’s caricaturing of “the sisterhood” as a load of rabid abortion enthusiasts, ever-ready to tactlessly ram home the message, whatever the circumstances. Actually, I think it would be hard to argue that there is anything particularly “empowering” about being pregnant without wanting to be and then having to resort to intrusive medical intervention if you are to avoid having a child against your will. I’m glad to have that choice available but it’s hardly a situation I would relish.

Odone also wistfully talks of looking at one’s child and wondering “what life would be like if they had not been possible”. This seems a particularly underhand tactic. On the surface, Odone is sympathising with the people for whom having a child actually may not be possible but, by doing so in an article about abortion, she is essentially also encouraging parents to look at their children and think “What if I’d aborted you?” It seems to me that she is taking parental love and then twisting it into anti-abortion rhetoric by subtly persuading parents to imagine every foetus (even one that is still just a cluster of cells and tissue) as the child they couldn’t imagine life without. In my view, this is a little like arguing against abortion because you feel precious about your own existence and dislike the thought that your own mother could have halted your development before you could ever be born and thereby begin the journey to become the person you are today.

The overall lack of evidence in Odone’s article just makes it seem like a load of sentimental, pious musing, intended to rouse guilt and shame in anyone who has had or would consider an abortion. Odone also seems to be trying her best to stir up hatred in anyone who has ever experienced unwanted infertility:

The woman who opts to abort is getting rid of the very object for which you are undergoing a series of painful injections and undignified examinations. She takes an hour or so to free herself of the foetus; you take months, years of successive cycles, to (maybe) create a new life. The envy that the barren feel for the fertile boils over into hatred when the proof of that fertility is cast off like a pair of dirty knickers.

Odone’s attempt to speak directly to those who she insultingly calls barren is certainly very emotive. The nifty little reference to dirty knickers as a metaphor for proof of unwanted fertility draws attention to the bodies and sex lives of any women who have had abortions. In contrast, the women who suffer in their attempts to become pregnant are typecast as martyrs.

Despite the obvious difference in desired outcome, I would say the woman having fertility treatment and the woman having an abortion actually have something very important in common. They are both experiencing a lack of reproductive control that, in many cases, can only be blamed on the unfairness of biology and the ruthlessness of chance. They are also both equally reliant on the intervention of doctors if they don’t want to leave nature to take its course and should not be swayed by Odone’s disingenuous attempt to use one group’s predicament to berate another.

Thanks to ilse for posting a message about this article to London Third Wave.

Picture by ProgressOhio added retrospectively and shared under a creative commons licence. This shows a woman with brown curly hair wearing a green shirt and blue jeans. She is standing in front of a building, looking to her left and holding up a card with “PRO-CHOICE” written in white on a mid blue background at the top and “PRO-FAMILY” written in white on a coral background at the bottom. The left side of another woman can be seen on her right.