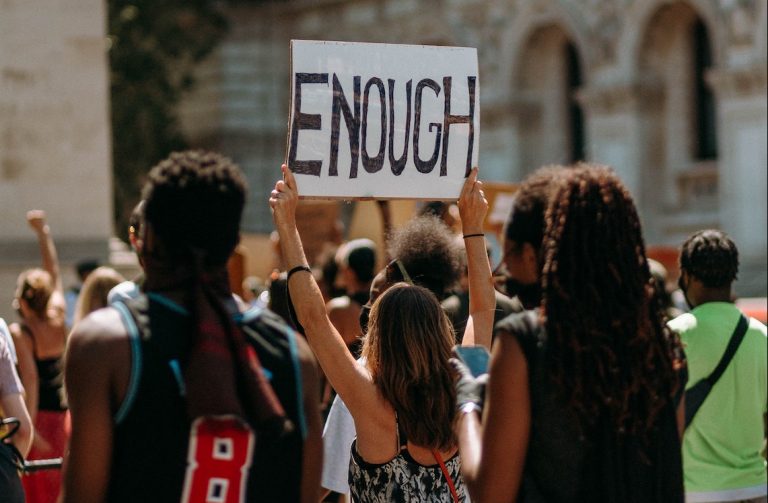 Born and raised in Ethiopia, Nebila Abdulmelik is a pan-Africanist, feminist artist who uses a variety of creative media to raise awareness of issues relating to inequality. Abdulmelik is known for spearheading the #JusticeForLiz social media campaign that sought justice for a 15-year-old girl who was brutally raped on the way home from her grandfather’s funeral in Busia, Kenya in 2013. When police decided not to prosecute the men identified as perpetrators by the young victim, instead tasking them with cutting the grass around a police station, Abdulmelik launched the campaign that garnered 2 million signatures worldwide. Pressure from the campaign resulted in the men receiving a sentence of 15 years in prison.

Abdulmelik is passionate about the rights of women and girls in Africa, and has worked with the African Union and various UN agencies on issues relating to this. She was previously Head of Communications as FEMNET, an organisation founded in 1988 to act as a network for the development of women’s rights across Africa.

Wangarĩ Maathai (1940-2011) was born in Nyeri, Kenya. A veterinary scientist, she became the first woman in East and Central Africa to obtain a doctorate degree in 1971. Maathai was an active member of the National Council of Women of Kenya, where she introduced the idea of community-based tree planting as a method for promoting environmental conservation in Kenya. Maathai developed this idea over the years into a broad-based grassroots environmental organisation, the Green Belt Movement. The organisation’s main focus is on conservation and poverty reduction through tree planting. Maathai was recognised globally for her environmental, social and political activism and regularly consulted with the UN and other international organisations on issues relating to sustainability.

Maathai served as a Member of the Parliament of Kenya between 2003 and 2005, becoming Assistant Minister for Environment and Natural Resources under the presidency of Mwai Kibaki. In 2004, Maathai became the first African woman to receive the Nobel Peace Prize for her contribution to sustainable development, democracy and peace.

In 2018, Marielle Franco, a Black lesbian politician in Rio de Janeiro was assassinated. Since her tragic death, Afro-Brazilian activist and filmmaker Éthel Oliveira has been organising to ensure that the contributions of Franco and other Black women across Brazil are not forgotten. Prior to Franco’s death, Oliveira spent most of her career producing human rights media projects. Oliveira uses cinema and visual arts to tell the stories of Black women in Brazil; in 2019 she co-directed the documentary Seeds: Black Women in Power about the electoral campaigns of six Black women who decided to enter politics in Brazil following Franco’s assassination. Most recently, Oliveira joined with other Afro-Brazilian filmmakers and media professionals to write a letter opposing the production a TV series about Franco’s life written, produced and directed by a group of white Brazilians.

Oliveira is committed to telling the stories and histories of Black people across Brazil and ensuring their contributions and legacies are never forgotten.

Mercy Akout is a social activist and singer from South Sudan. When she was 15, her parents forced her to get married to her uncle, who was much older than her.

Akout initially escaped and received asylum in Uganda, but her uncle soon tracked her down and took her back to South Sudan. In 2015, Akout was able to escape for good to Kenya, and was admitted as an immigrant in the Kakuma Refugee camp. In 2018, she gave the first-ever TEDx talk from a refugee camp about her experience of child marriage. While living in the camp she put together the album Bado Mapema (It’s Still Early) with other girls in the camp about their experiences of child marriage.

Though when she was younger she’d had ambitions to become a lawyer, her childhood and adolescent experiences inspired her to continue fighting for the rights of women and girls in Africa. In addition to continuing in music, Akout also works as a social worker at the Kakuma camp, helping young girls to escape forced marriage and stay in school.

Vanessa Nakate is a Ugandan climate justice activist whose activism began in 2018 as she became concerned with rising temperatures in her home country. For several months, Nakate protested alone outside of the Parliament of Uganda, until her campaign to save the Congo rainforests from massive deforestation garnered attention on social media. Nakate is the founder of the Rise up Climate Movement, which aims to amplify the voices of climate activists from Africa.  Nakate was one of a handful of youth climate activists selected to speak at the 2019 COP25 gathering in Spain and, in early 2020, she penned a letter with around 20 other climate activists calling on companies, banks and governments to stop subsidising fossil fuels.

Nakate is unwavering in her commitment to ensuring the knowledge and expertise of African voices are included in the global climate justice movement. Nakate also highlights throughout her activism the links between the climate crisis and many other social justice issues including poverty, hunger, disease and conflict, advocating for a holistic approach to climate justice that addresses these interlinked issues.