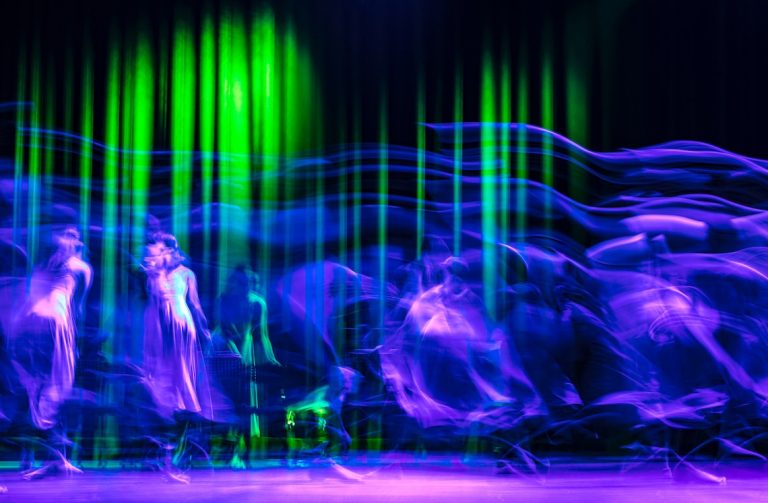 Women performing on a theatre stage

A new Tackling Violence Against Women and Girls (VAWG) strategy was published by the UK government in July 2021 and updated in October. Under the strategy, the Home Office plans to spend £3 million on finding out how to stop VAWG and £5 million on helping women to feel safe when they go out at night.

This new strategy comes at a vital time, when concerns about women’s safety in the UK and the flawed systems in place to protect us are rising.

In June 2020, there was public outrage after two Metropolitan police officers took photos of the horrific murder scene of sisters Bibaa Henry and Nicole Smallman in a park in Wembley. They shared the images in a WhatsApp group.

The inquiry into the death of the sisters had mistakenly been closed by the Met soon after the sisters were reported missing. Subsequently, Nicole’s boyfriend found her body in the bushes a whole day after the missing person’s report had been filed. The Met apologised at the end of October 2021– ten months too late for the girls’ mother. In December 2021 the two officers were imprisoned.

In March 2021, Sarah Everard was abducted, raped and murdered by a serving Met police officer who used his status to abuse her. At a vigil for Sarah later that month, police officers bundled those in attendance to the ground and detained them for breaching lockdown laws. The actions of the Met that night exposed gaping flaws in our policing system; police officers only heightened the risks to the women they were supposedly there to protect.

Despite these high-profile cases of rape and femicide, rape convictions are falling in the UK. In 2020, fewer than one in 60 rape charges ended in prosecution.

Examples of such specialist groups – women’s organisations, campaigns and initiatives for supporting survivors and preventing gender-based violence – are held up as inspiring examples of resistance in a new podcast from Latin America Bureau and King’s College London. Women Resisting Violence, presents three case studies from Guatemala, Brazil and the UK.

Latin American women’s expertise in mitigating VAWG in its many forms using an intersectional approach is at the very centre of the series, with each podcast foregrounding the voices of the women involved in and benefitting from this activism.

One of the experts featured in the podcast series is Gil, a Brazilian migrant woman in London who has suffered gendered violence in the UK and Brazil.

Gil speaks first-hand about entering the country as a tourist with her partner and two children, and subsequently becoming undocumented. As abuse escalated at home and her husband used her lack of status against her, Gil decided to flee. But when Gil went to the UK police for help, she was met with hostility because of her insecure immigration status. When the police refused to help her, Gil ended up homeless with her child in the middle of winter.

Of this violence, 75% has occurred within the public sphere, in locations such as the workplace, on the street or on public transport.

Gil was thankfully helped by the Latin American Women’s Rights Service and has become a key campaigner in their fight to highlight the vulnerability of migrant women with insecure immigration status in situations of domestic abuse. Through the Step Up Migrant Women campaign, Gil has spoken in parliament and presented evidence to help create a new Domestic Abuse Bill.

The LAWRS also works with Migrants in Action (MinA), a community theatre group made by and for migrant Brazilian women in London who have suffered gendered violence. MinA provides a caring and dignified community space where women can share stories, identify different forms of violence, and heal.

Artistic director Carolina Cal uses different theatre techniques during the group’s meetings to help everyone relax and gain the confidence to open up. Carolina says: “‘We believe every woman has something to say – we just need to ensure a safe space to listen.” These techniques, as well as helping survivors to understand and break cycles of violence, allow migrant women to build a sense of community.

Innovative strategies like these – combining aid services, shelter, artistic therapy and campaigning – are able to address the intersectionality of gendered violence and provide constructive policy suggestions to protect women across the country.

Research points clearly to the fact that VAWG is an intersectional issue. A woman’s many identity markers can make her more vulnerable to violence. For example, her skin colour – McIlwaine’s research shows that women of mixed race are more likely to experience violence (63%) than white women (44%). Gender identity, sexuality, immigration status and many other factors also play a part.

Cathy McIlwaine says of her research:

We found that Brazilian women’s right to seek help and support when they were exposed to VAWG was routinely undermined in London. Women who struggled with speaking English or whose status was insecure were especially fearful of reporting because of fear of deportation and of not being believed.

Abusive partners often take advantage of this; we interviewed women who had ended up in police cells in London being accused of crimes they did not commit because they did not speak English or they were undocumented and their partners had lied about incidences of domestic violence. It is therefore essential to acknowledge women’s human right to be protected from VAWG, regardless of their immigration status.

The Women Resisting Violence podcast, in which women offer their diverse stories of supporting one another and challenging gendered violence, will be shared with global policymakers ahead of a roundtable discussion in 2022. Aligned with UN Women’s annual international campaign, 16 Days of Activism Against Gender-Based Violence, the women who speak in the podcasts and the team who co-produced it will share important learnings with policymakers, seeking to influence broader policies around gendered violence both within and beyond Latin America.

Gil asks: “If you don’t have the right to request emergency help from public services, how are you going to survive?” The team behind Women Resisting Violence hopes that the invaluable experiences and informed recommendations featured in the series will improve policy on VAWG, protecting women in the UK, Latin America and beyond.

The Women Resisting Violence project will culminate in a book, released in 2022, reflecting on the project as a whole, what we can learn from local initiatives and how we can use activists’ ideas and practice on a policy level. The team will also consider podcasting as a strategy for informing policy decisions.

Listen to the three-part Women Resisting Violence podcast from 25 November on all major streaming platforms or on the project website, wrv.org.uk/podcast.

Image is a motion shot of women performing on a theatre stage.