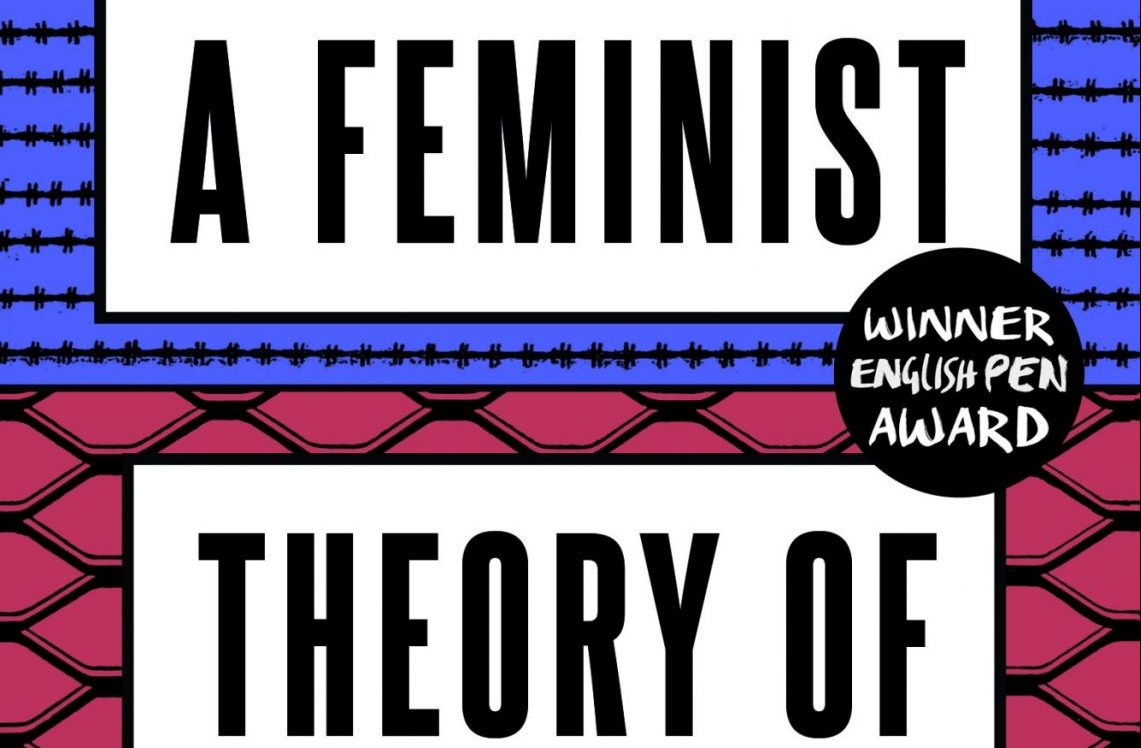 If existing literature about the theory of violence lacked a feminist turn that looked power in the eye, A Feminist Theory of Violence is that missing piece. Vergès is clear that, across the world, the state is often the culprit in cases of violence against women. Also the author of the 2019 award-winning antiracist feminist manifesto A Decolonial Feminism, Vergès scrutinises the roots and causes of gender-based violence from a decolonialist feminist perspective. Vergès suggests forms of protection that work for all women, because, as she eloquently demonstrates, the current institutions, such as police forces or the penal system, are failing to make women feel and be safe, but particularly women that aren’t white, cis and wealthy.

For Vergès, violence against women is profoundly gendered, racialised and dependent on class status, and the origins of the normalisation of violence as a global regime lies in Europe’s colonial and imperialist history

The chilling UN statistics, 137 women killed daily worldwide by a man known to them or 30% of women having been subjected to sexual violence, are examples that reveal a harsh reality. But not all women are discriminated against equally, indicates Vergès, and these kind of estimations need to include race, class, and gender identity to give a full picture of the systemic violence against women. Black women, Indigenous women, Muslim women or transwomen are much more likely to be harassed, live in poverty or even die, than “white, bourgeoisie women”.

For Vergès, violence against women is profoundly gendered, racialised and dependent on class status, and the origins of the normalisation of violence as a global regime lie in Europe’s colonial and imperialist history. It is here, Vergès argues, that sexual violence and domination were first institutionalised, with the systemic sexual violence and murder that took place on slavery plantations. Rape and murder, Vergès explains, weren’t used as forms of oppression or punishment, but as regular elements of domination in daily life. Replicating these models, sexual and domestic violence against women is a central tactic of both war and domestic domination, illustrates Vergès, referencing Angela Davis.

State-run surveillance, state-enforced oppression and prison systems are everywhere, but has this system ever been proven to successfully protect women?

What is refreshing about Vergès’ latest book is that it surpasses the binary of women as victims of violence versus men as violent perpetrators. Instead, she explains that violence belongs within the intrinsic structures of patriarchy, racism and capitalism. Each of these structures are managed and preserved by the state and its political branches. The state, Vergès explains in an interview, protects capital, enables the exploitative economy of natural resource extraction and allows police brutality and racist crimes to go unpunished. This is done in collaboration with the militarisation of public spaces using armed, uniformed and plainclothes officers, despite the fact that these measures do not lead to women feeling safer on the street. So, what happens then when the structures that are meant to protect women and vulnerable groups are also the initiators of such violence?

In five short but intense chapters, Vergès unpicks the notion of protection policies and concludes that protection, as we know it, is far from fair. She points to how policies determine who is worthy of protection from what kind of violent perpetrator, while the state also decides in which cases rape is worthy of punishment. Referencing Egyptian feminist Mona Eltahawy, Vergès considers the figure of a woman killing in self-defence only pardoned if she embodies the ‘complete victim’, since a rebellious woman doesn’t garner sympathy in a courthouse.

State-run surveillance, state-enforced oppression and prison systems are everywhere, but has this system ever been proven to successfully protect women? A Feminist Theory of Violence poses a strong critique of carceral feminism, which advocates for strengthening prison sentences for crimes of gendered violence. Vergès instead reflects on whether the criminal system is the best method of implementing justice in the case of violence against women and explains that forcing men to live in dehumanising conditions won’t teach them to reassess their harmful attitudes towards women. The carceral turn, asserts Vergès, reduces feminism to the individual responsibility and punishment, instead of focusing on the empowerment of the oppressed.

Vergès wonders if decolonialist feminist forms of protection are possible. Feminists around the world have self-organised to respond to the horrifying litany of violence against women. Vergès lists examples of grassroots movements in Mexico, Paris or Chile between 2018 and 2020 of women organising and yet seeing the powerful go unpunished. Women’s anger is repressed on the streets and mocked in the media; when a case makes it to court, the patriarchal and racist actors in the penal system, such as lawyers and judges, put women in a position of complete disempowerment, as they are made to relive their trauma through interrogation.

In the UK, the kidnap, rape and murder of Sarah Everard by a Met police officer brought the debate about women’s safety to the forefront. As the investigation unfolded, British women’s hopelessness and anguish skyrocketed and campaigners concerned with women’s safety organised vigils and protests against the police. In March 2021, in the midst of the pandemic, the disproportionate police response to the Clapham Common vigil for Everard resulted in four arrests and excessive force used against many women attendees. As Vergès asks, what happens when violence comes directly from the system put in place to protect victims of that violence? Sarah Everard’s case is yet further proof that women aren’t protected by those who have the power to protect them and that alternative feminist responses to the threat of gendered violence are urgently needed.

After reading A Feminist Theory of Violence, it is easy to reach such a conclusion. We need to eradicate gender-based violence at the root: we need to challenge the state and its far-reaching tentacles of patriarchal violence. And not just “the army and its politics of rape” adds Vergès, but also “cultural institutions, universities and schools that circulate racist and sexist images and representations” with their teachings and policies, as well as challenging companies and advertisements that further disseminate racist and sexist imagery in the pursuit of capital.

A Feminist Theory of Violence is a call to radical change that readers of Angela Davis and bell hooks will devour in a day. What I missed, however, were realistic instructions on how to pursue this change. I’ve been left wondering, what will this imagined post-violence society look like and how do we get there? Vergès welcomes the power of alliances of “those who have nothing to lose”, but these are also the less powerful, so with what resources can we overturn the state and its deeply racist, patriarchal and capitalist machinery?

Nevertheless, Vergès’ book is a powerful piece that invites reflection and makes the reader question apparent immovable structures of our society, a fundamental step towards the radical change she advocates for, so maybe that’s where we start. A must read for “those who have nothing to lose”.

Françoise Vergès’ A Feminist Theory of Violence is published by Pluto Press and available here.

The first image of this review shows the cover design of Françoise Vergès’ book. The title is in a bold, black front and is displayed on a white, purple and magenta patterned background.

The second image is a portrait of Françoise Vergès by Victoria Smith. Vergès is wearing a black, grey and white patterned vest, a large silver necklace and red lipstick. She is standing in front of a grey background.

Both images are used with permission from Pluto Press.