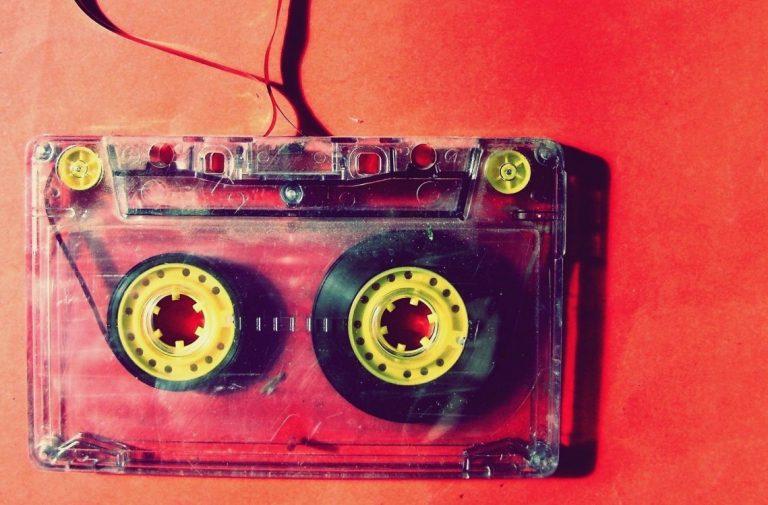 April immediately kicks off with a release from Irish artist, Wallis Bird. Out today, the new single ‘Aquarius’ confronts themes of identity and questions the authority of control. The single is taken from Wallis’ upcoming album, HANDS, which will be released on 27 May.

8 April sees the release of the new album, Transit Tapes (for women who move furniture around), by Lucy Kruger & The Lost Boys. A genre mashup of psychedelic folk, ambient punk and art pop, Lucy Kruger & The Lost Boys are a collective fronted by Berlin-based artist, Lucy. They are celebrating their album release with an extensive European tour, which includes shows in London, Bristol, Edinburgh and Hull. Get tickets here.

LOUD WOMEN club return to the Hope & Anchor in London on 8 April for a night of Brit-pop, indie and punk from a variety of women artists. LOUD WOMEN are a mega cool collective who frequently crop up here on The F-Word’s music section. They strive to champion women in music and all profits from their events go directly to supporting the artists. Plus, any additional funds go towards women’s charities.

This month also sees a release by another Irish artist, Síomha (pronounced She-vah), on 22 April. Her debut album, Infinite Space, crosses lines between folk, jazz and neo-soul and features songs in both English and Irish.

Also on 22 April, the New York-based duo, Jeanines, release their album Don’t Wait For a Sign. The album features a balanced blend of folk influence and minor-key indie pop, which contributes to a darker feel than their debut. They also have an album release show coming up on 9 April.

Also worth looking out for this month, teen band Anorak Patch release their debut EP By Cousin Sam on 29 April.

On top of Wallis Bird’s release, there are also other exciting album launches coming up in May. Krush Puppies have just announced the launch of their debut EP, Love Kills, on 6 May. The foursome from London’s shared taste for experimental post-punk defines the album, which is all about supporting, encouraging and celebrating the people you care about. You can pre-order Love Kills here.

Later on in the year, UK lovers rock artist Hollie Cook’s new album, Happy Hour, comes out on 24 June. Hollie invites listeners into her true personality through her album, which aims to express relatability and authenticity. She is also embarking on a 2022 tour, visiting locations all over the UK.

Are you an up-and-coming artist with album releases, tour dates or other exciting music news? We’d love to hear from you! Drop us an email at [email protected] to be featured in a ‘new artist round-up’ special.

Image shows a cassette tape against a red background.