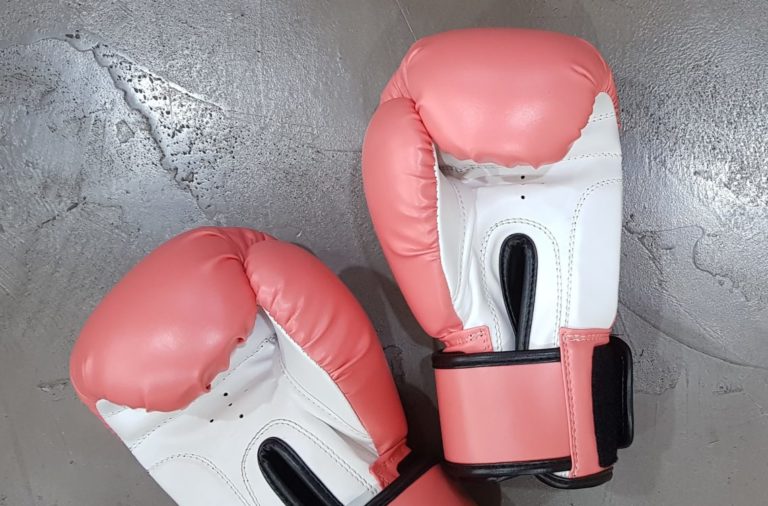 While having a brief browse online just the other day, I just so happened to spy a sepia-tinged Spice Girls album sticking out of one of my nearby CD racks, so I had the urge to pop their name through an internet search engine so I could bask in a bit of nineties nostalgia. However, during my little ‘cyber excursion’ down memory lane, I disastrously discovered that ironically www.spicegirlsforever.co.uk was no longer running! Forever, eh girls?

Strangely, in the days that followed, my twenty-first century collision with the twentieth century cult group seemed to fatefully continue, as a few days later when I happened to be killing a sombre Sunday morning at a local car boot sale, where I continuously encountered many a once-loved, now discarded Spice Girl’s album sporting old-school price stickers on them reading: 20p or 50p. The roots of my record-buying youth were haunting me! Apart from being hit by a memory montage of platform shoes, getting my nose pierced like Mel C, and saving Pepsi can rings up for a special Spice Girls promotional CD, I could not help but ponder; is this all that my beloved Spice Girls have left behind in British society? Nothing but a closed down website and radically reduced records, just like every run-of-the-mill, passing pop music fad? Or was there something substantially different about these girls (well, women) that still lingers in the air like their famed ‘ziga-zig-ah’ slang, and those ‘cashing-in’ autobiographies they all seem to have written stacked upon the shelves in the local branch of WH Smiths?

Is this all that my beloved Spice Girls have left behind in British society?

A decade on and a bargain bin full of solo project attempts later, I still feel that the Spice Girls played a highly significant part in a rebirth of feminism. For if a dowdy, greying, middle-aged guest speaker, donning the usual intellectual conventional tweed would have set foot in our school wishing to educate the girls of my generation on the perks of feminism, sadly the reality would have been that she probably would have got heckled. Perhaps even a few paper aeroplanes would have been catapulted in her wrinkled direction for good measure too. But with the Spice Girls it was different; here was a group of young, attractive, stylish, ambitious women who cleverly disguised an old feminist formula as ‘girl power’ and sold it to the masses of the highly influenced record-buyers of my age group.

Feminism in the 1990s was just a distant memory to most, based around a vague notion of burning bras, or perhaps the younger women could just about recollect learning about the suffragettes in GCSE History class. However, one thing was for certain: feminism was far from cool. No one within youth culture wanted to be seen as a feminist because firstly, nobody within the mainstream media hardly ever discussed the feminism topic, and secondly, the one sector of the media that really spoke to youth culture – the record industry – was purely patriarchal. The likes of Smash Hits were full of massive posters of Take That, Peter Andre and the rest of the buffed-up blokes, existent solely within pop culture to cash-in on ‘hunky male consumerism’, sold day in, day out to a young girl audience. It was like Beatle-mania all over again, as when Take That split all we were treated to were images of hysterically hurt girls in tears over these men, or bombarded with desperate hotlines to help fans deal with the anguish!

Why would anybody my age during the mid-1990s ever consider women as being powerful creatures, when all we were ever shown pre-Spice Girls were these pathetic female ‘victim’ figures who lived solely to massage these male pop star’s ever-growing egos?

Smash Hits was full of Take That, Peter Andre and the rest of the buffed-up blokes

Society had gone full-circle from the swinging sixties; the raving banshees were back chasing the male chart-toppers, with no other focus in life it seemed but to pursue men for their trim bodies and tacky, repetitive cover version ballads. Susan J. Douglas has made observations of girls’ behaviour during the height of Beatles fandom, and discusses how ‘James Dean, Elvis and the Beatles’ are repeatedly referred to as the ‘groundbreaking’ figures of this time, and why there is an obvious absence of women. She explains that this patriarchal scope is maintained because ”what film and TV recorded girls doing during these years – teasing our hair, chasing the Beatles, and doing the watusi in bikinis – was silly, mind-less and irrelevant to history.’ (Douglas, Where the Girls Are, 1995:5)

Pre-Spice, history was repeating itself in these images of modern day females as screaming groupies – yet post-Spice the music industry has never been the same again. So surely the Spice-mania movement qualifies as being as pivotal as the likes of the punk movement? In a time where male-lead acts were hot property and shifted tonnes of records, the Spice Girls prevailed by selling albums in their millions and overcame the sexist attitudes that dominated the record industry during that period.

Many shall sneer at my observations perhaps, as of course the likes of The Sex Pistols seem to hold so much more credibility than the Spice Girls on the music scene, and rightly so as they had more musical talent. But to argue that the Spice Girls had less of an impact on society is a harsh, narrow-minded statement to make. The Spice Girls were not about musical talent (their vocal skills were no better than the crap that Simon Cowell churns out on a cheap conveyer belt until this day) but what they represented was far more important. Gone were the double-page spread poster specials of muscly men sporting vests for the ladies’ pleasure, and these five bustling female personalities came bundling into our lives and radically changing the British music industry forever.

Jennie Bristow has stated that at the time of Spice-mania her bemused friends said of the Spice Girls: “They are just like the kind of girls you might meet in Tesco”. But this was their selling point, their gimmick that enabled their ‘common’ voices to ring out and deliver a feminist manifesto to the young girls of that time. If the group had consisted entirely of posh spices, the message would never have carried the class-based emphasis that it did. Working-class females’ heads would not have turned because they would not have been capable of relating to upper-crust women. We needed the earliest celebrity example of the chav, in the form of Sporty Spice, to appeal to the working class because the Spice Girls were acting as a flagship for how working-class born young women could amount to something.

Many will brand the fact that these five girls each possessed a tongue-in-cheek nickname as just another clever marketing strategy, and perhaps it was, but I also think it successfully emphasised the idea that each woman possessed their own identity. We, the young girls of the mid-1990s did not have to be these helpless, screaming-at-gorgeous-men swarms of sexist stereotypes anymore! Each and everyone of us could develop our own sense of style, scruples and overall self. Why should all modern young women be tarred with the same shallow brush? Why should we spend a large proportion of our lives simply chasing after men? Young late-twentieth century women were diverse, we did not all dress the same, we were made up of an array of different races, we all had different piercings, tattoos and personalities. The Spice Girl’s clear cut character pigeon-holes were a marketer’s dream, but they also reinforced this idea that women were not this pathetic race that could be generalised continuously across the board, we could all be powerful and we were all different.

Call these girls a gang of lucky individuals worthy of nothing more but shelf-stacking down the local supermarket if you wish, but I am sure a lot of young women from my generation shall argue otherwise. All I know is that at my school a bunch of girls went from miserably obsessing over unattainable pin-ups to developing a sense of style by trying to dress like the Spice Girls, by getting together in girly groups and practising out their latest dance routines. I honestly believe that some of that ‘females united’ spirit has stuck with me, and many other modern day women alike, just like the scent of the Spice Girls’ stale perfume into the twenty-first century and onwards!

Sarah Parry is an undergraduate at Cardiff University.