So what’s wrong with Nuts, then? (Or ‘real men don’t share umbrellas’) 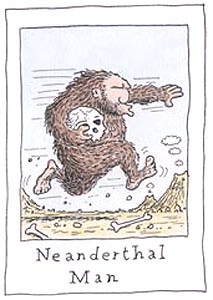 Over on London3rdWave, we’ve been heatedly debating – among other things – exactly what is wrong with ‘lads mags’ and what we should be doing about it.

Recent debate over whether they should be relegated to the top shelf has had some feminists applauding the fact that someone is taking notice of this overtly sexist material, while others worry that top-shelfing the zines will be counterproductive and send the wrong messages about feminism’s attitude to sexually explicit material.

In the spirit of investigative blogging (ha), I sojourned over to the Nuts website. Nuts is one of the most obtrusive of these lads mags – and it’s worth noting that one of the charges levelled at them is that they are so ubiquitous these days, that they are having a negative knock on effect on everyone.

It also calls itself “Britain’s biggest men’s weekly”. What does that mean? Most pages? Best selling? Well, that aside, I thought the Nuts forum would be a good place to take the measure of the magazine’s readership. I was expecting sexism, objectification of women, and boy was I right.

Let me say at first that I have not conducted long standing research on the forum. I’ve not lurked for days, seeking out the most damning threads. I glanced at one page and clicked on two threads and this is what I found:

Chances are, you’ve seen something like this before: it’s a list of the “international rules of manhood”. The interesting thing about this is not its painful misogyny towards women (although there’s plenty of that), but the way it so accurately articulates how sexism affects men. It is, in fact, a rigid behaviour code on how to keep on the “straight” and narrow:

1: Under no circumstances may two men share an umbrella.

Yes, the first rule is that men can’t share an umbrella! This makes me feel a bit sorry for those macho type of men, actually. Not only are they getting wet in the rain for no reason, but the paranoia of such an everyday exchange – “must not get under umbrella with man – might imply gayness”.

5: If you’ve known a guy for more than 24 hours, his sister is off limits forever unless you actually marry her.

Nice to know that sisters are property as well as daughters, girlfriends and wives. There’s something a bit creepy about this – but then, if the brother in this scenario’s friends are the kind of macho men this list describes…

11: It is permissible to drink a fruity alcohol drink only when you’re sunning on a tropical beach… and it’s delivered by a topless model and only when it’s free.

As I read this, I couldn’t help but think that if the patriarchy makes women constantly regulate their own behaviour, the same is true of men. At least in the Nuts world.

There’s plenty more of this predictable, vaguely amusing but depressing fair on the board. I’ll just take you straight to the “punchline”:

“GUTS” is arriving home late after a night out with the guys, being assaulted by your wife with a broom, and having the guts to say, “are you still cleaning or are you flying somewhere?”

“BALLS” is coming home late after a night out with the guys smelling of perfume and beer, lipstick on your collar, slapping your wife on the ass and having the balls to say, “You’re next!”

Words fail me, they really do.

Exhibit Two: We’re priviledged as hell, and we love it!

This one is slightly less repugnant than the first, but even more revealing. Number one on the list of why men are happier than women:

For anyone out there who dismisses this issue as pretty trivial, it’s worth noting that openly misogynistic men on a Nuts forum understand that giving up your name = giving up power.

21. We get extra credit for the slightest act of thoughtfulness.

Again, the poster of this list seems startlingly aware of the priviledge that comes as part of the XY chromosone package. Overtly sexist men are just as capable as feminists of recognising the unjust gender norms in our society.

24. Everything on our face stays its original color.

Interestingly, and a bit poignantly, the only forum member that responded was vikkihanna, who identifies themselves as female:

And here we have it. Nuts culture – at least as measured by a brief dip in the swill of its forum – is having no impact on men and women? Vikkihanna, who I’m sorry to pick on, but it can’t be helped, accepts and understands that she is a second class citizen in this world. She turns it into a joke – or is forced to accept it as one, perhaps, in order to retain her status in this social scene.

To me, that is enough to show that these magazines should not go unchallenged. Is putting them on the top shelf the way to go about that? Perhaps not, although the proposal has at least got everyone talking about the issue. In truth, we should be creating alternatives, and subverting the frankly Neanderthal messages that these magazines propogate.

The huge success of Ariel Levy’s new book, Female Chauvanist Pigs, which attacks raunch culture and women’s role in perpetuating it, tells the same story. As does the Guardian’s recent talk and Q&A session with Levy, which, we are reliably informed, was sold out with a waiting list for tickets.