Jurors hold on to old-fashioned ideas on rape 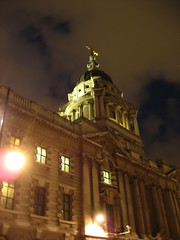 Jurors still blame women if they are raped while drunk, according to new study.

The study – which involved observing jurors during mock trials – revealed that changes to the law around rape have had little effect on jury-room judgments.

A rape victim was held to be partially responsible for what happened by the juries if she:

Had been drinking voluntarily – including accepting drinks from a defendant;

Failed to take adequate care to ensure her drinks were not spiked with extra alcohol or drugs.

Even when a woman had unknowingly consumed spiked drinks, juries were reluctant to convict defendants of rape unless they were convinced the drink had been spiked with the specific intention of sexual assault, rather than to “loosen up” a reluctant partner.

Yep, that’s the great British public for you. How much more evidence is needed before the government takes action on the way the criminal justice system handles rape?