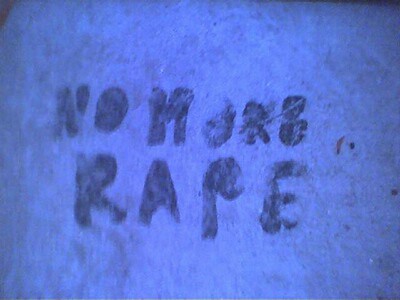 We are in the middle of a rape crisis in this country. Only 5% of reported rapes end in conviction, and, as stormy illustrated so well recently, even that paltry figure is a considerable exaggeration.

Of course, the government needs to do something. But does it need to pass a law saying that women are unable to consent to sex when drunk?

According to the right-wing press, that is what they are considering doing in 2007.

Police would be asked to carry out blood and urine tests on a woman who complained of rape to find out how much alcohol is in her body. They would then used “back calculations” to work out how drunk she was at the time of the alleged attack.

A “drink and sex limit” would sweep away the confusion and controversy in the courts surrounding the issue of when a man accused of rape can claim he believed a woman gave her consent to sex.

On one level, you can see why the Home Office thinks this could be a good idea. It is very difficult to get convictions in cases where women have been drinking, and hard-and-fast rule saying a woman who has drunk this much is incapable of consent sounds like an elegant solution.

But, in fact, it’s just not true that drunk women can’t consent to sex. It is, in fact, nonsensical. After becoming paralytic, it may become impossible to consent. But where do you draw the line?

Maybe this is the only way to convict rapists. We may have to accept it as the only solution. But I wonder if there aren’t better ways of improving the conviction rate – like better education for juries, judges and lawyers.

Of course the Daily Mail uses the story as an excuse to editorialise about the great threat these “drunken wives” pose to their partners.

But it would open the way to prosecutions of husbands or regular boyfriends who have sex with drunken wives or partners as well as fierce arguments over medical evidence and real levels of intoxication of alleged victims.

Extremely disingenuous given that ‘date rape’ is by far the most common form of this crime, and the most difficult to prosecute. The problem of potentially-persecuted husbands and boyfriends pales in comparison.

In a move that deserves credit without caveats, the Home Office has also announced it is to increase the number of courts dedicated to dealing with domestic violence cases.