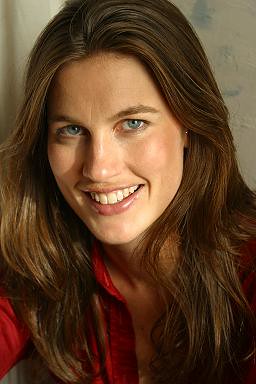 The Birds Eye View film festival kicks off on the 8th of March, showcasing a week of films by emerging female filmmakers.

Festival director Rachel Millward generously offered to put together a guest blog post, explaining why Birds Eye View is so important, and setting out the facts on women behind the camera.

Did you know that only 7% film directors are women? Shocker, I know. All the more disturbing given that film is such a powerful medium, which, with world-wide reach, influences not only our culture, but also the way we perceive ourselves and others.

I think, with the world in the state that it’s in, we need to see stories on our screens that are born out of women’s imagination, shaped by women’s experience, women’s ways of resolving conflict, their sexuality, humour and vision.

The Birds Eye View Film Festival offers just that. In an industry where most women work in production, hair & make up and costume, we focus on those groundbreaking women directors who are thrilling us with their filmic vision.

I find it difficult when people ask me what kinds of films women make. To limit the creative possibilities of women would be criminal! But it is important to celebrate where these filmmakers excel. For a start, there’s a host of complex, believable female leads – how often do we get to see that on screen?! – like Julie Christie in Away From Her (Sarah Polley) playing a woman in decline with Alzheimer’s who submits herself into care despite the protests of her devoted husband; Tilda Swinton as a forensic psychologist whose marriage is on the rocks in Stephanie Daley (Hilary Brougher); and Ladan Mostofi as a vulnerable woman reporter on the frontline of the Iran-Iraq war in Goodbye Life (Ensieh Shah Hosseini).

Something else striking about these features is that they wrestle with the ambiguity of life with a rare emotional frankness. Stephanie Daley is striking in its complexity. Stephanie is a teenage girl, played effortlessly by rising star Amber Tamblyn, who stands accused of killing her baby. She claims she didn’t know she was pregnant. Whilst attempting to solve the case, Lydie (Tilda Swinton) is forced to face her own denial of grief following her recent miscarriage. The parallels between the lives of these two very different women leads us to question our concept of truth, and to think pretty hard about teenage pregnancy, religion and the law while we’re at it!

Realizing that if we weren’t proactive we’d end up with a predominantly white and Western line up, this year we have partnered with ActionAid to show films by women from developing countries. Six Yards to Democracy (Nishtha Jain and Smriti Nevatia) is a stunning documentary which explores the human cost of democracy in poverty-striken India. When a politician gave out free saris in the hope of winning votes it created a stampede, in which 22 women were killed. Mother’s Day, from a leading Zimbabwean novelist and filmmaker, is a re-telling of Shona folklore in cinematic musical dance. With diversity, comes creativity.

We also have a documentary focus on music and politics: Shut Up And Sing: The Dixie Chicks (Oscar-winner Barbara Kopple) which follows the journey of the Texan trio after Natalie Maines dared to voice her opinion Bush, and East of Havana, a fascinating doc about the bubbling hip-hop movement in Cuba – where hip-hop is about political ideals and not beating your wife – and where Castro seems less-than-keen on artistic freedom.

This is our third festival and our biggest yet. It’s exciting to know that this movement is growing, that we’re able to carve out a cultural space where women hold the creative vision. That’s still a rare and precious thing. I hope you’ll come and celebrate with us.