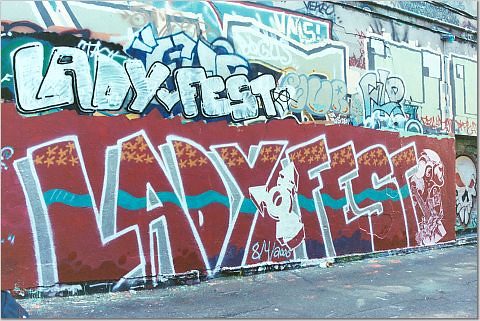 There’s nothing more enjoyable than meeting new people, and if they happen to share your interests then all the better. So, you’ll be pleased to know that the international phenomenon known as Ladyfest will be coming to Cambridge from 26 March to 1 April.

Ladyfest Cambridge ’07 will take place between 26th March and 1st April. In the tradition of Ladyfest all bands/artists/singers/circus acts will be either totally female or female fronted. Aside from having a good time and highlighting the artistic talents of the female of the species we will also be raising money and awareness for some good causes including Action for Southern Africa: a charity which is working to raise funds for and awarness of the lack of sanitary products for women in South Africa and the subsequent illness, injustice and indignity this causes

Ladyfests have their roots in the underground scene, aiming to showcase the work of women and girls in the arts over approximately three to five days (depending on the venue). Considering that the indie and rock scenes are still very much dominated by male artists these events will help to reiterate that we are more than at home in our converse boots, body-diving into mosh pits.

The first ever Ladyfest took place in Olympia, Washington, in 2000 and since then these events, placing emphasis on performing arts and crafts as well as providing a forum for the discussion of topical issues, have become increasingly popular around the world. Although men are allowed to volunteer and attend the art exhibitions and music events, some workshops will only be open to women.

Photo by kate at yr own risk, shared under a Creative Commons license