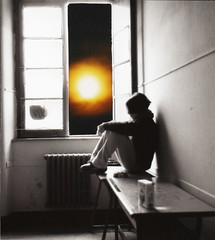 The National Institute for health and Clinical Excellence (NICE) recently stated that GPs and Midwives need to do more to identify depression in new and expectant mothers, according to a report by the BBC today.

The health watchdog found that one in seven mothers suffer some form of mental health illness either during or following pregnancy, although very few are officially diagnosed.

It is not only new mothers who are suffering, but this corresponds to an increasing trend in the failure to identify mental illness in women, with those suffering eating disorders, as well as severe conditions such as schizophrenia and bipolar disorder, not given the treatment that they need. According to the report, only 30% of women suffering from these conditions are officially documented.

Experts claim that women are reluctant to seek help for these problems, for fear of being branded ‘bad mothers’. This demonstrates the continued stigmatisation of mental health in a society that ironically prides itself on its impeccable political correctness, and the tendency for any health problem that only apply to women, such as post-natal depression, to be devalued and dismissed as being just “women’s problems”. So, nothing for you to worry about lads, just another crazy bitch “off her trolley”.

Fiona Shaw, a patient who helped draft the guidelines, and who has herself suffered mental health problems, remarked:

“Many women are concerned they will not be listened to if they come forward, or that they will be judged, or that their condition is not serious enough to warrant help from a healthcare professional.”

Fiona, who stopped eating and was self-harming following the birth of her child, was told by her doctor to either start taking anti-depressants and stop breast-feeding, or to just “grin and bear it” like a good girl.

This dismissive, patronising attitude is something that NICE is hoping to change, although it will be hard trying to break down the preconceptions of the female sufferer as running around bare-breasted, with spiders in her hair eating her own faeces, but they are optimistic about what they can achieve with Dr Gillian Leng, the woman who led the investigation, remarking that:

“This is not just about helping women get through the ‘baby blues’ – we are looking at all types of mental health disorders and distinguishing the ups and downs of everyday life for more serious conditions.”

The identification of this failing on the part of the healthcare system is significant, as it indicates that the issue of mental health in women will now be given the serious attention that it deserves. It’s notable that the doctor leading this investigation was a woman, and is testament to the fact that it is only as we begin to achieve parity with men on a professional level and reach positions of influence in a predominantly patriarchal society, that we will truly be able to fight for equality.