The end of marriage? Hardly 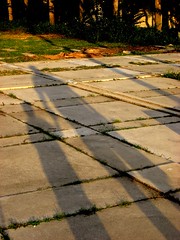 Secretary of State for Education Alan Johnson has given a speech saying he does not support a policy of reinstating tax breaks for married couples, because it is patently unfair to single parents.

However, if you read The Telegraph (poor souls, you), then you might be under the impression that what Johnson actually said was “marriage, we don’t like that very much!”

Check out the first line on their story:

An attack on marriage will be launched today by Education Secretary Alan Johnson as he argues that children can be brought up just as effectively by single mothers.

Mr Johnson, a front-runner in the race for Labour’s deputy leadership, will say that good parenting is more important to a child’s upbringing than whether or not mothers and fathers are married.

Honestly, the attitude of the right wing press shocks me sometimes. They’re actually implying (here and in other coverage) that it’s better for a kid to have married parents than good parents? Seriously?

Mr Johnson, who was brought up by his sister in a council flat, will also announce a Government blueprint setting out reforms designed to develop parenting skills.

So, what’s the point here? That Johnson has a chip on his shoulder because he was brought up in something other than a nuclear family? Surely the fact that he managed to become a senior-ranking Cabinet minister proves the point that having two parents isn’t a prerequisite for success.

“But that does not mean that all children from married couples fare well, nor that every other kind of alternate family structure is irretrievably doomed to fail. Our family policy must be bias free … It’s not who or what the parents are, it’s what they do.”

Meanwhile, The Guardian has more on the speech, actually bothering to set out some of Johnson’s ideas.

Policy proposals include fathers-only parents’ evenings and courses for “disengaged” fathers. Hardly the end of marriage as we know it.

Photo by Damgaard, shared under a Creative Commons license